Two Doorways, One of the 'Twelve Etchings,' or the 'First Venice Set' 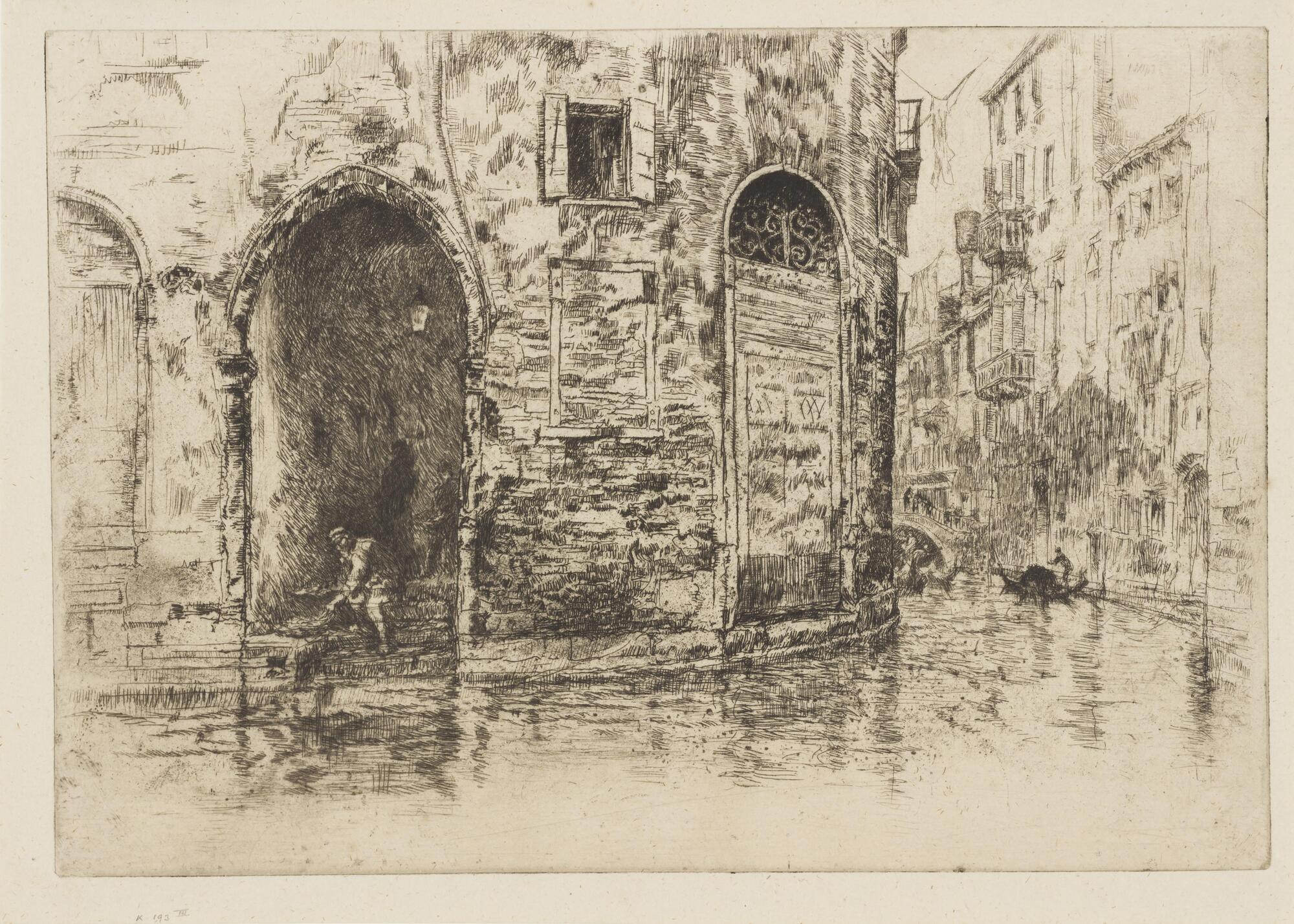 Title
Two Doorways, One of the 'Twelve Etchings,' or the 'First Venice Set'

Subject matter
As Otto Bacher recorded, Whistler often sought sites along the back canals that were full of possibilities, often working from the surface of the water in a gondola. Here the qualities of the old gothic and renaissance doors and crumbling walls attract the artist's attentions. In other states Whistler concentrated on the figures in the open doorway, redrawing them in relationship to the dark passage beyond.

Physical Description
Seen from the water's edge, a canal in the foreground curves to the right and back into space. In the distant view, buildings with balconies and chimney pots are visible as well as a bridge that is cropped by the curve of the waterway. In the foreground, across the canal, are several arched entryways. A dark waterdoor is open and shows a man on the steps and two shadowy figures behind him framed in the doorway; a lantern hangs overhead. To the right, another arched doorway with a metal grille above faces the canal, but is closed. A small open window on the seond floor can be seen between the arched doors.

Exhibition Objects from On Beauty and The Everyday: The Prints of James McNeill Whistler
(Part of 2 Learning Collections)
Fourth Grade: Regions of the United States
(Part of: Docent Curricular Tours)