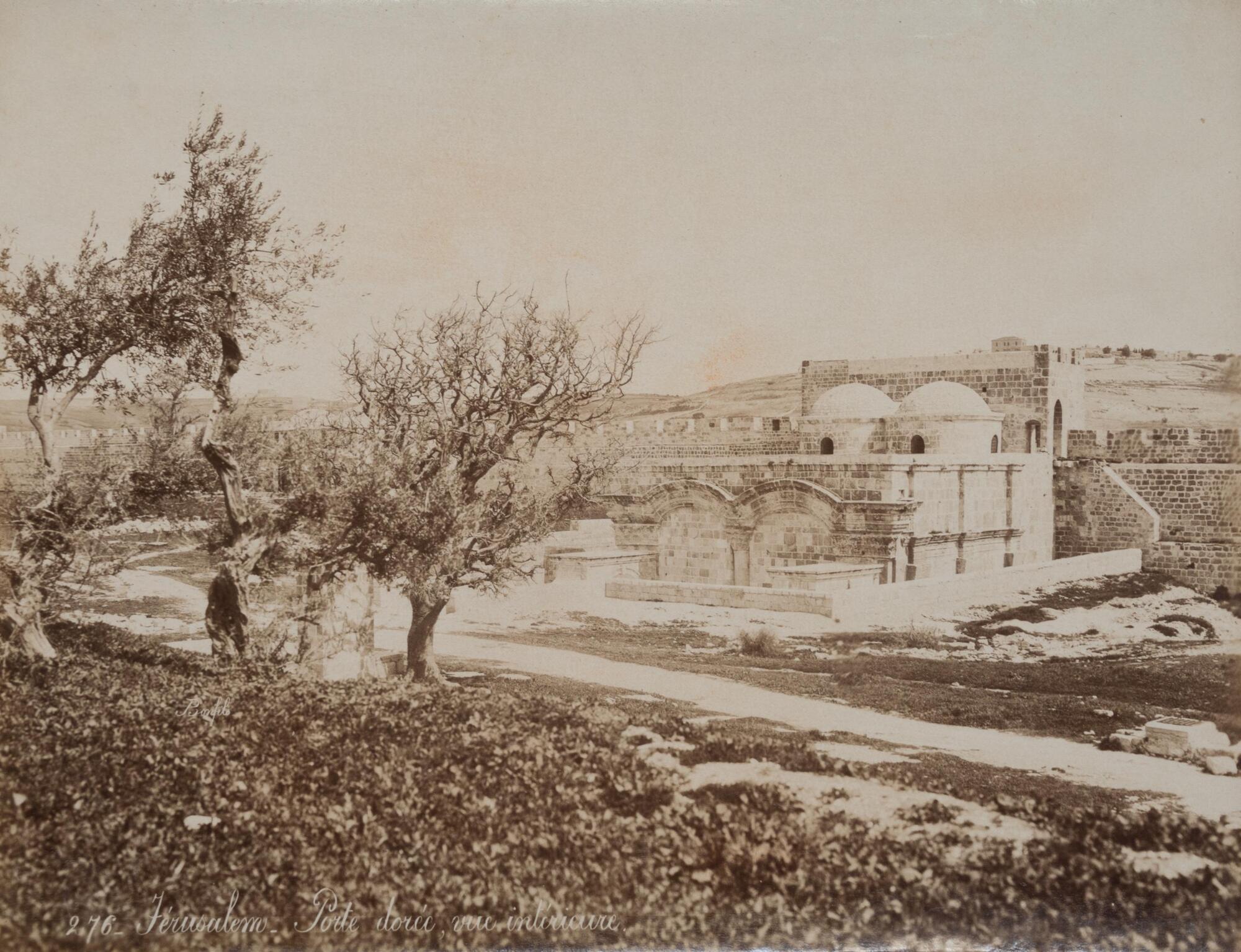 Subject matter
The composition is divided vertically almost in half. The right-hand side of the image provides an interior view of the Golden Gate (Porte Dorée), one of the eight portals that pierce the sixteenth-century fortifications built during the reign of Ottoman Sultan Suleiman I. The former gatehouse is a square structure set into the ground, capped with two domed cylinders. The cornice, arches, and Greco-Roman style column, now filled in with stone, harken back to the days this was a functioning passageway to the Old City and the temple. In the distance, the undulating peaks of the Mount of Olives can be seen to the east of the city. The left-hand side of the picture contains mostly trees and grass, which partially obscure the view of the wall that circumscribes the city. This image is one of hundreds of photographs made throughout Bonfils's career which purport to document various landscapes, cityscapes, and people of the eastern Mediterranean.

Physical Description
On the right-hand side of the photograph, a rectangular stone structure capped with two domed cylindrical turrets abuts a crenellated stone wall. Three trees in the foreground dominate the left-hand side of the image.