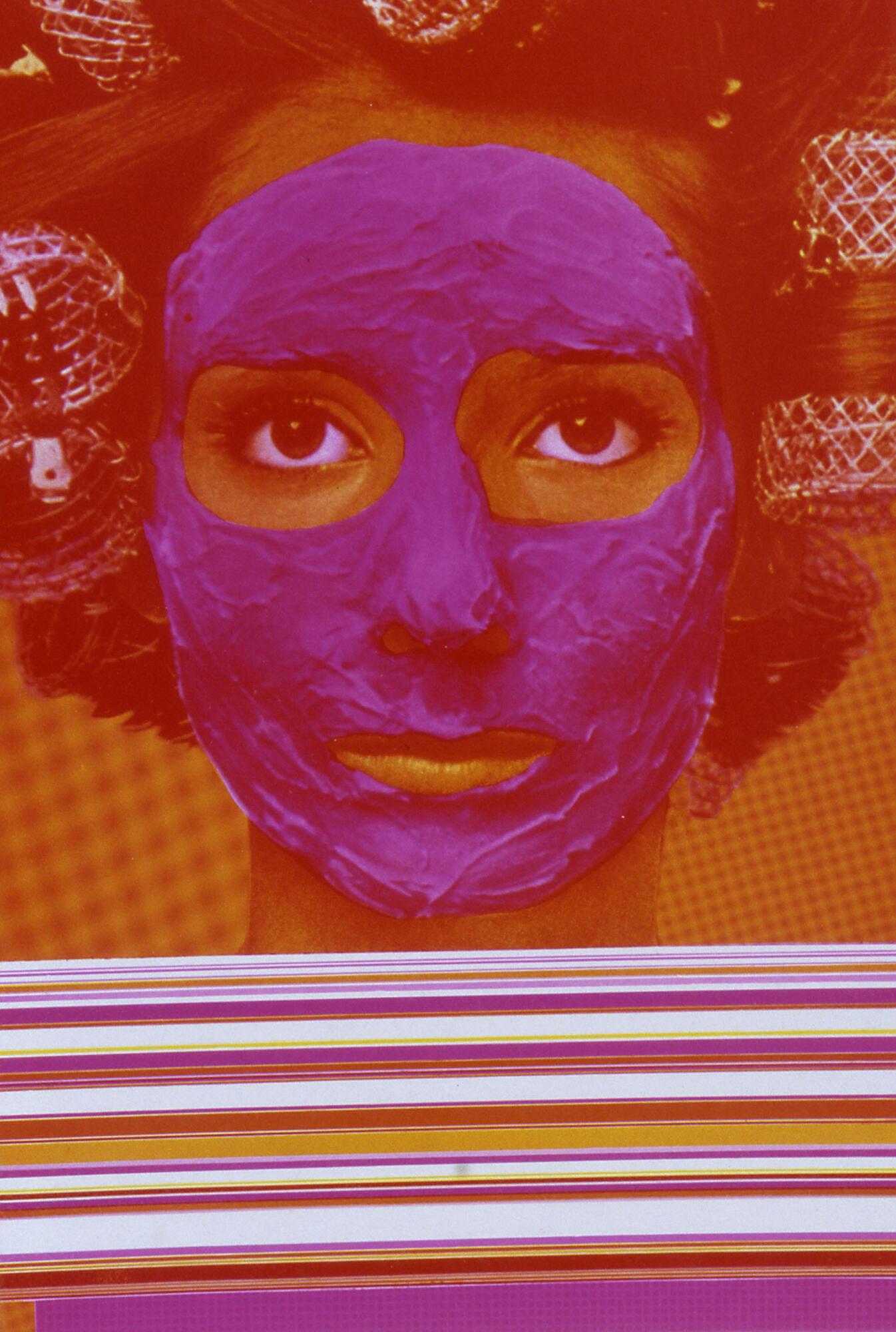 This print is one of a large series of 50 prints included in the 1970 portfolio, which was a second edition of an earlier group of slightly-larger prints titled "Moonstrips Empire News." While the first series was stricktly produced as screenprints, this second series "General Dynamic F.U.N." includes works of photolithography, like this one. The themes seen in this portfolio are different in style and subject matter from other Pop works of the period, but engage with the images of a modern mass media, looking beyond just advertising and publicity images. Likewise, the title of the portfolio alludes to the General Dynamics Corporation, who was the manufacturer of the F-111 fighter used during the Vietnam War—the same one referenced in James Rosenquist monumental painting "F-111."

As with other works in this series, Paolozzi alters found mass media images in order to satirize contemporary culture. This beauty image and the accompanying title are made strange. In the name of beauty, the woman is made monstrous in curlers and face mask, accentuated here with neon colors.

Physical Description
Photolithographic print in pink, orange, white and yellow with a face of a woman at the top and horizontal stripes then a grid at the bottom. The woman has metal curlers in her hair and a cosmetic face mask on, which is pink, in contrast to the orange image.

Rights
If you are interested in using an image for a publication, please visit http://umma.umich.edu/request-image for more information and to fill out the online Image Rights and Reproductions Request Form. Keywords
Pop (fine arts styles)
cosmetics
curlers
photolithographs
women (female humans)