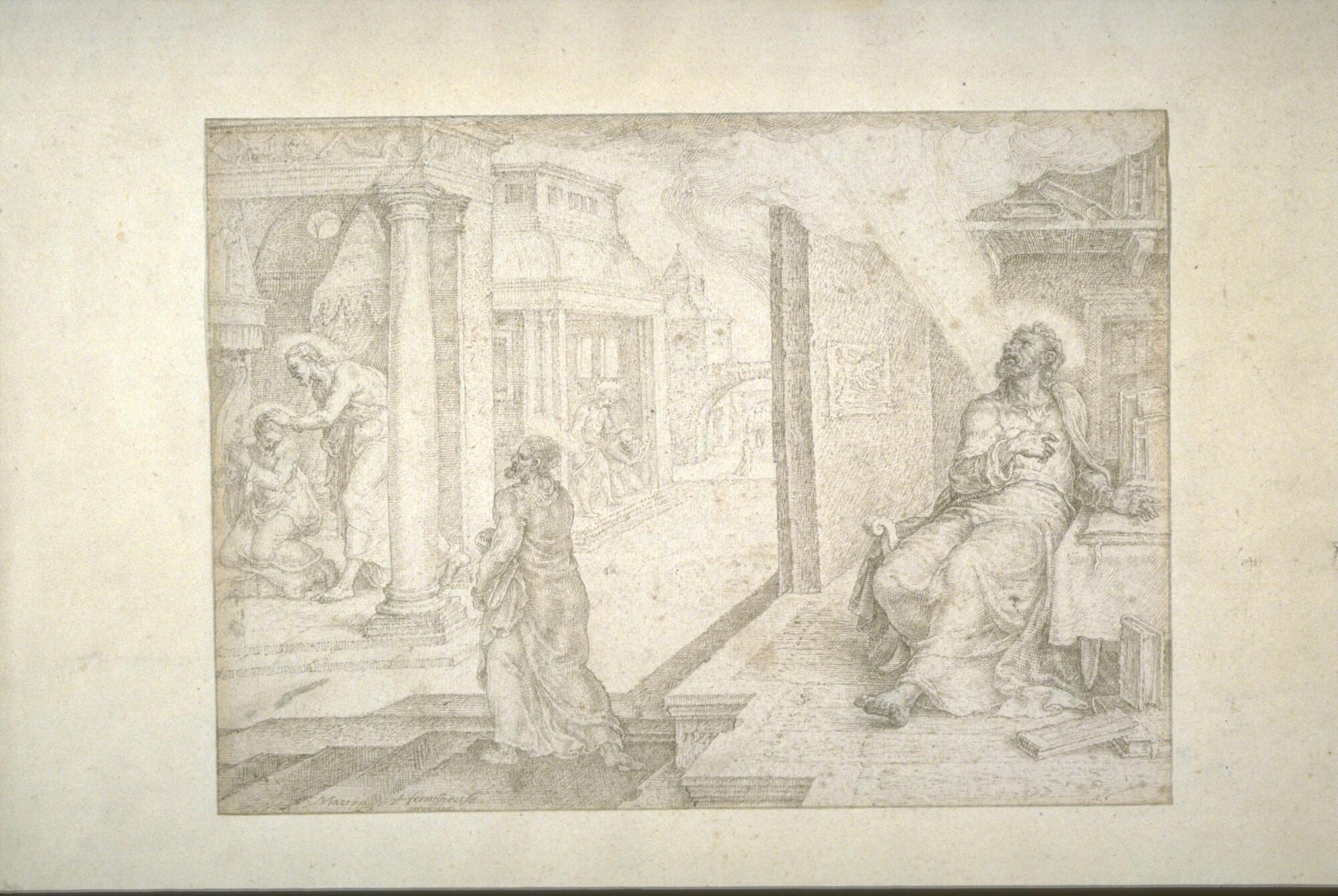 Label copy
Gallery Rotation Spring 2013
Maarten van Heemskerck
Netherlands, 1498–1574
St. Peter Baptizing at Jerusalem
circa 1573
Pen and brown ink on cream paper
Museum purchase, 1965/1.158
This preparatory drawing is one of many that the Dutch portraitist and religious painter Maarten van Heemskerck worked on for the edition of the Acta Apostolorum (The Acts of the Apostles) engraved by C. J. Visscher and published by Philip Galle in 1575. The draftsmanship is characterized by cross-hatching and stippling, which suggest that the drawing was designed from the outset specifically to aid the engravers and to be reproduced commercially.
The inventive architectural spaces in the drawing demarcate individual episodes and encourage a sequential reading of events. St. Peter appears multiple times in a series of scenes that narrate moments from his life described in the New Testament. To the right, he is shown in his study in an encounter with the divine that prompted him to set out on his mission of conversion. The cropped wall reveals the scene unfolding inside and helps to set this moment of the narrative apart. In the middle a smaller figure of Peter sets off on his mission, while to the left two conversions take place within rooms that lack exterior walls, making them more like stages on which the action unfolds.

Subject matter
The artist used sequential depictions of St. Peter to portray several scenes of baptism and other events during his time in Jerusalem. The architectural divisions of the space create discrete episodes of baptism and conversion.

Physical Description
A series of architectural spaces unfold, each showing figures engaged in some activity. At right, the largest figure is shown seated looking upwards towards a light source. The same figure, somewhat smaller, walks from right to left towards a small architectural space at the left where the same figure lays a hand on the head of a kneeling woman. Other scenes continue into the distance.