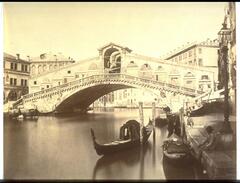 Label copy
Coburn published New York in 1910. Between 1906 and 1909 Coburn learned the photogravure process in London, where all of the photogravures for New York were hand-pulled at his house in Hammersmith. Coburn’s publication shows not only the skyscrapers and famous buildings of the City, but also men at work, such as his image of the Tunnel-Builders. In his foreword to the publication, British writer H.G. Wells remarked on the prominence of the bridges connecting Manhattan to the surrounding boroughs: “These New York bridges, with their huge vigor of span, their resolute outward leap, testify again to the tremendous pressures, the immense urgency of this rock-borne capital, and it was a happy thought of our artist to include also these excavators, whose tunnel is its latest effort towards relief.”
Carole McNamara, Assistant Director for Collections & Exhibitions
on the occasion of the exhibition New York Observed: The Mythology of the City
(July 13 – September 22, 2003)
This image of the Brooklyn Bridge is reproduced (pl. 2) in Coburn's "New York," published in 1910.

Subject matter
This photograph appeared in Coburn's portfolio New York (1910), which followed the publication of a similar city-focused body of work London (1910). In both series, Coburn published images of the respective cities, zeroing in on the architecture and atmosphere of the modern city. He often includes human subjects dwarfed by large structures, and in the example of the Brooklyn Bridge, the large boats that appear modest next to the bridge. This image contains elements present in many of Coburn's works, including a foggy atmospheric quality and steam from a steamboat.

Physical Description
This photograph depicts an oblique view of the Brooklyn Bridge. The bridge dominates over half of the frame starting on the left and reaching into the background, while the right side represents the river and boats underneath the bridge.