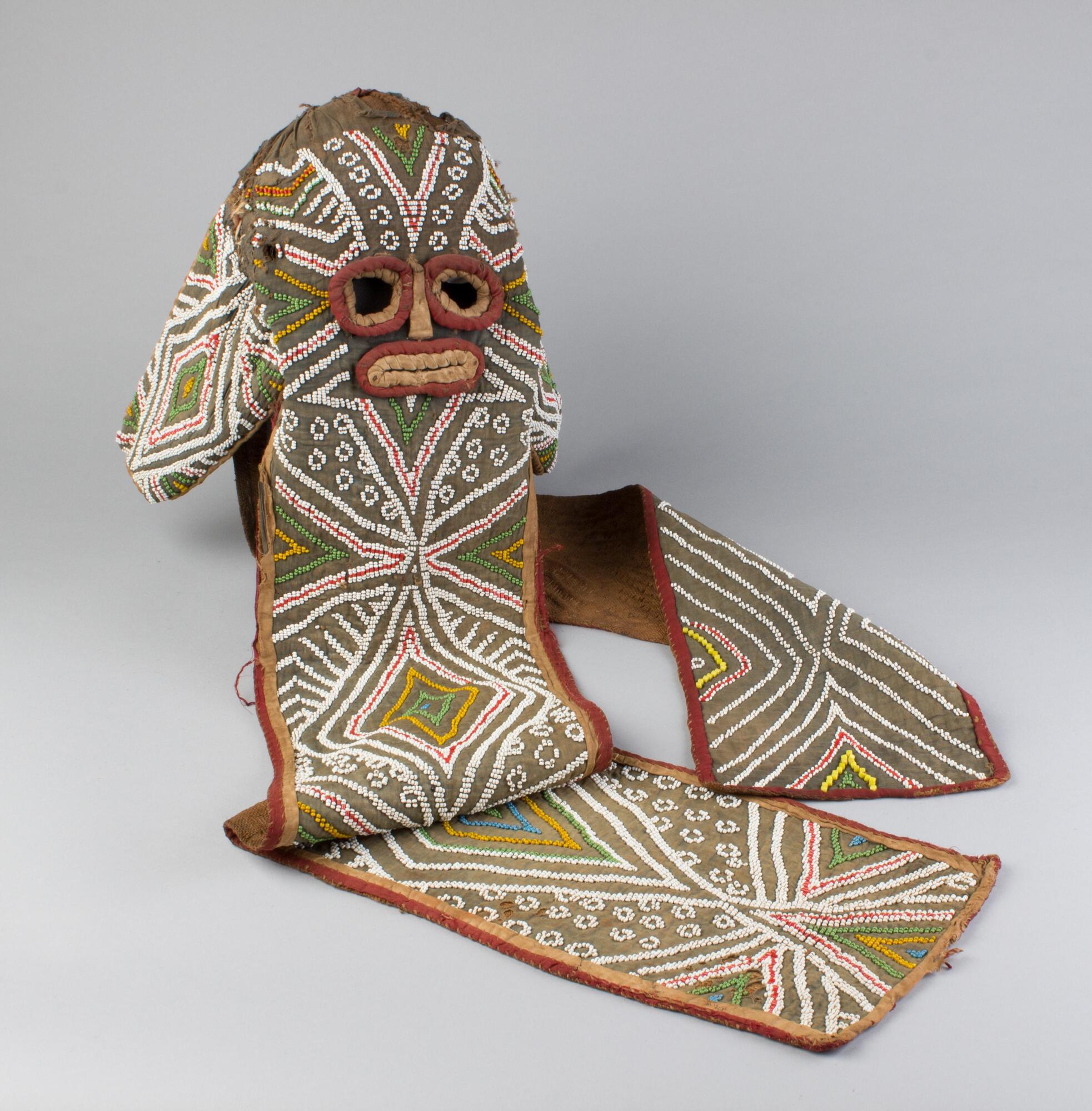 Subject matter
The Kuosi society, previously for warriors, is open to titled men and those who can afford to purchase entry. Member dance at funerals, state occasions, and society meetings. The elephant masks danced by members are called mbap nteng, mbap mteng or tukum, while the society and masks are called aka by western Bamileke peoples. While the elephant no longer inhabits the Grassfields region of Cameroon, it is still a powerful symbol of the king. Elephant masks, with human facial features, large ears, and a long trunk have been called “things of money”, as the beads and cowrie shells used to decorate the masks were used as currency prior to German colonization. Many of the patterns found on the masks are geometric. Some prominently feature isosceles triangles, which have been interpreted as leopard spots. The leopard, like the elephant, is associated with royal power and authority.

Physical Description
A fabric mask with round eyes and an oblong mouth and nose made from red and yellow bound cloth. The brown base fabric is covered with small beads in a geometric pattern. The majority of the beads are white, with red, yellow, green, and blue beads also used. The edges of the mask are bound in red and tan cloth.

Rights
If you are interested in using an image for a publication, please visit http://umma.umich.edu/request-image for more information and to fill out the online Image Rights and Reproductions Request Form. Keywords
Elephantidae (family)
beadwork (visual works)
masquerades
power
prestige
royalty (nobility)
social status
symbols of office or status
warriors
wealth