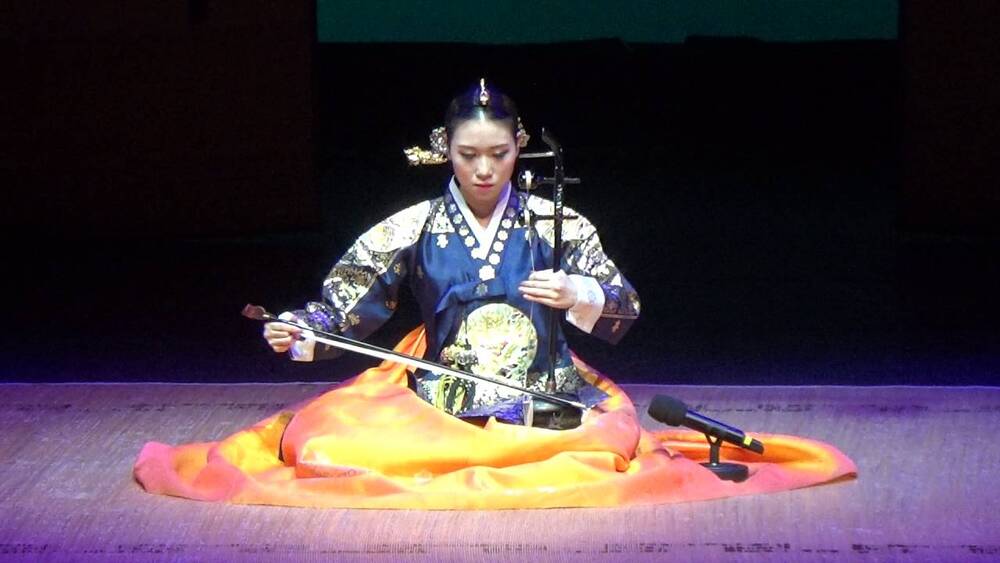 Gift and partial purchase from Bruce and Inta Hasenkamp, purchase with funds from Elder and Mrs Sang-Yong Nam

The haegeum (to the left) and yanggeum (further below) from UMMA's collection are examples of instruments that were assimilated into Korean culture centuries ago, becoming a staple in traditional and, more recently, contemporary Korean music. 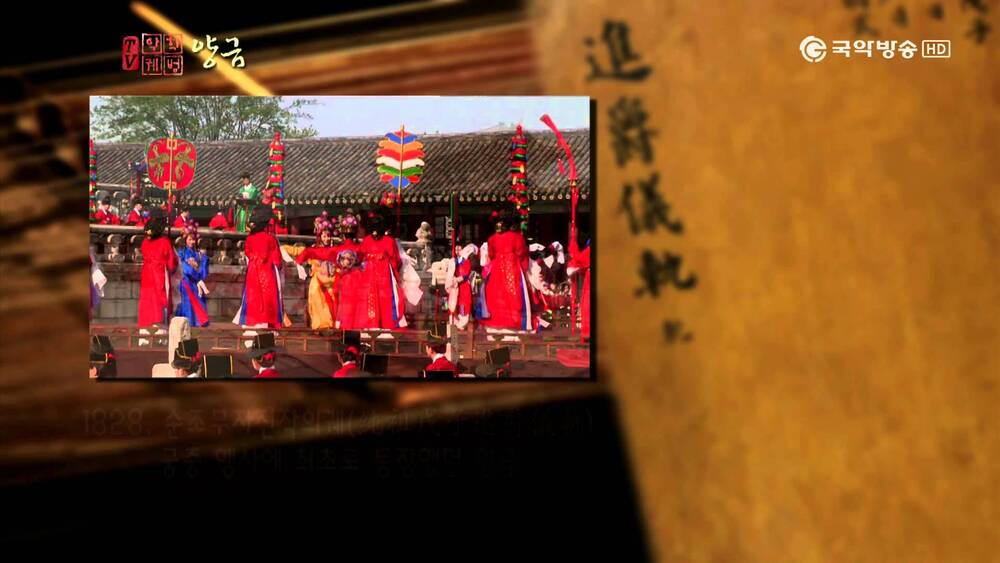 For both the haegeum and the yanggeum, there are visual and textual records of their use in Korea since their introduction. The detail image below of a late nineteenth-century work illustrates the way the yanggeum instrument was and still is held. 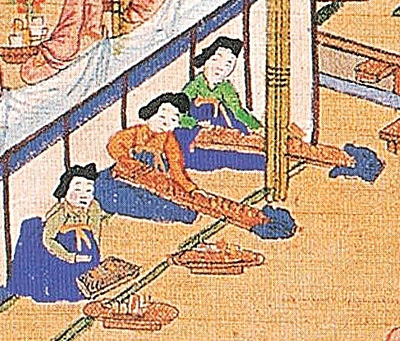 As its name suggests, the yanggeum (meaning “Western Zither”) was imported to Korea, coming from Persia via China around the seventeenth century. By the late eighteenth century, use of the yanggeum was widespread. The instrument produces soft, harmonic metallic sounds when its strings are struck by a thin bamboo stick, and it was beloved by a broad range of players including scholars, aristocrats, court musicians, and female entertainers (gisaeng) because it was relatively easy to learn. Korean yanggeum players originally tended to use only their right hand to play while sitting upright in front of the instrument; players in China or the West often use both hands. Contemporary Korean players may use just one of these techniques or may alternate between them, based on personal style.

The first historical record of a Korean musician being trained to play the yanggeum describes the scholar Hong Daeyoung playing Korean songs on June 18, 1772:

One day, when Seongeun came to Damheon’s [Hong’s penname] house, he realized that there were a number of yanggeum stacked on the girders above. … As Seongeun asked a servant to bring the Yanggeum down, Damheon laughed and asked “What are you going to do with it when you do not even know how to play?” After producing a few sounds, Seongeun asked Damheon “Why don’t you bring your Gayageum [a Korean traditional string instrument] here, play it along with me, and see if the two instruments make harmony with each other?” After several trials, the sounds were harmonized.

Gift and partial purchase from Bruce and Inta Hasenkamp, purchase with funds from Elder and Mrs Sang-Yong Nam

The haegeum was imported to Korea early, coming from China in the thirteenth century during the Goryeo period (918–1392). As seen in the painting detail below, it is played by drawing a bow across the instrument’s two body strings, producing a clear and high-pitched sound. Although the haegum was used widely by street singers and beggars to attract attention, it was also used in court ceremonies beginning in the late Joseon period (1392–1910). Starting in the 1930s many musicians began to 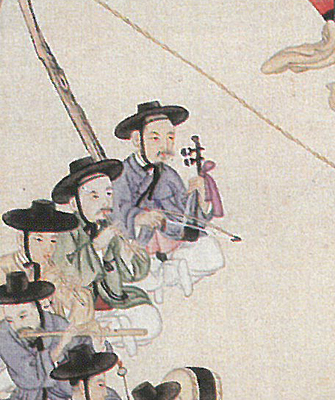 study the haegeum at Yiwangjik A’akbu, a national school of music that trained aspiring performers in traditional and modern musical instruments. At Yiwangjik A’akbu, musicians trained to be professional performers and composed the first structured haegeum scores. Today, the haegeum has been adopted in both traditional and contemporary Korean music for its potential to produce a wide range of sounds.

To learn more about Korean musical instruments, check out the book Korean Music and Instruments by Dr. Bang-song Song.

Susan Michelle Dine
Other Resources by this Author