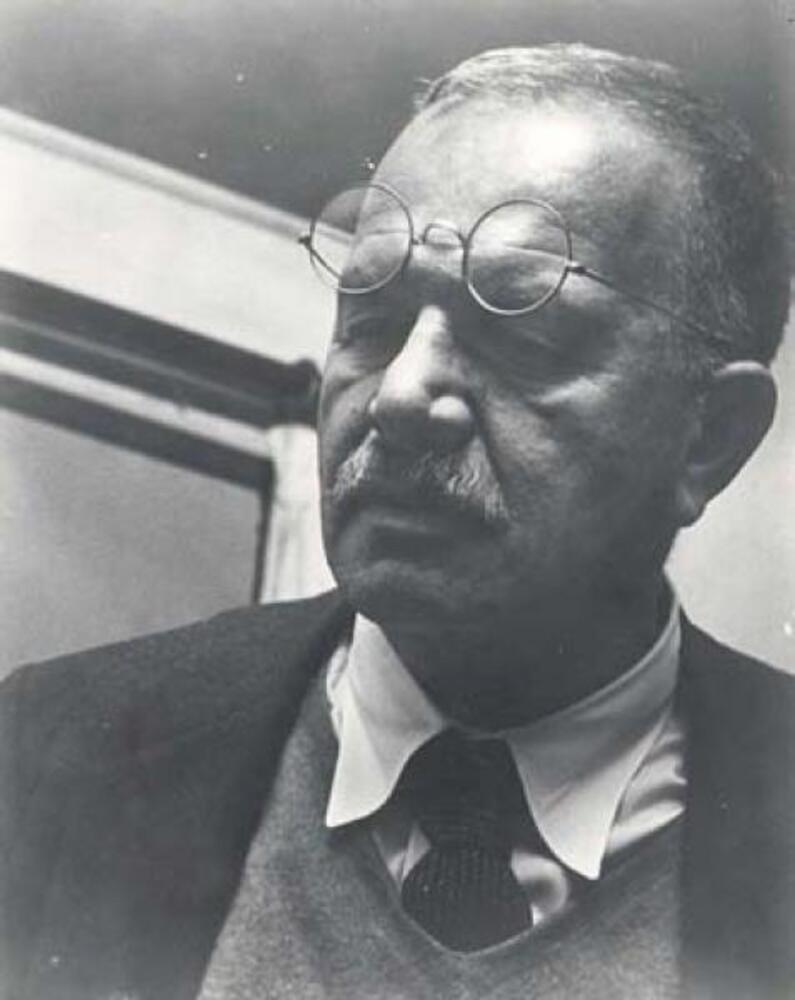 Ben Shahn was born in Kovno, Lithuania in 1898 into an Orthodox Jewish family. As a young boy, Shahn witnessed both anti-Semitism and political persecution, and began to take a stand against social injustice that would define his life’s work. Shahn came to America in 1906 and left high school at fourteen to apprentice to a lithographer. By the fall of 1919, Shahn had earned enough money to pursue a college education and proceeded to study at New York University, the College of the City of New York, and the National Academy of Design.

In the 1920s, Shahn started painting to explore religious themes from his Orthodox Jewish heritage. In the 1930s, he traveled across the country as a photographer for the Resettlement Administration, photographing the dire living and agricultural conditions that poor Southerners struggled under. During World War II, he worked as a graphic artist in the Allied forces, designing posters for the Office of War Information. Throughout his career he created powerful images that directly addressed human suffering, from war-torn landscapes to intimate views of loneliness and poverty.

Often Shahn created work to protest social injustice, such as the infamous trial and execution of Sacco and Vanzetti. Shahn followed this case closely and believed that the two men were not given a fair trial. Shahn participated in protests in support of their release in the 1920s and made twenty-three images about the Sacco and Vanzetti affair in 1931 and 1932. Many of these were based on photographs that appeared in newspapers, and he returned to the case in drawings and prints in the 1950s, and again with a mosaic mural in 1967. Throughout his career, Shahn utilized his art to counter social and political injustices by narrating the plight and struggles of many living in the twentieth century.

Visual Analysis of Portrait of Sacco and Vanzetti

First Exhibition of Portrait of Sacco and Vanzetti

Shahn's returns to the Sacco and Vanzetti theme

Part of a Trio

Claire Elizabeth Yeamans
Other Resources by this Author