Mr. Garrick in the Character of Richard III, 1764 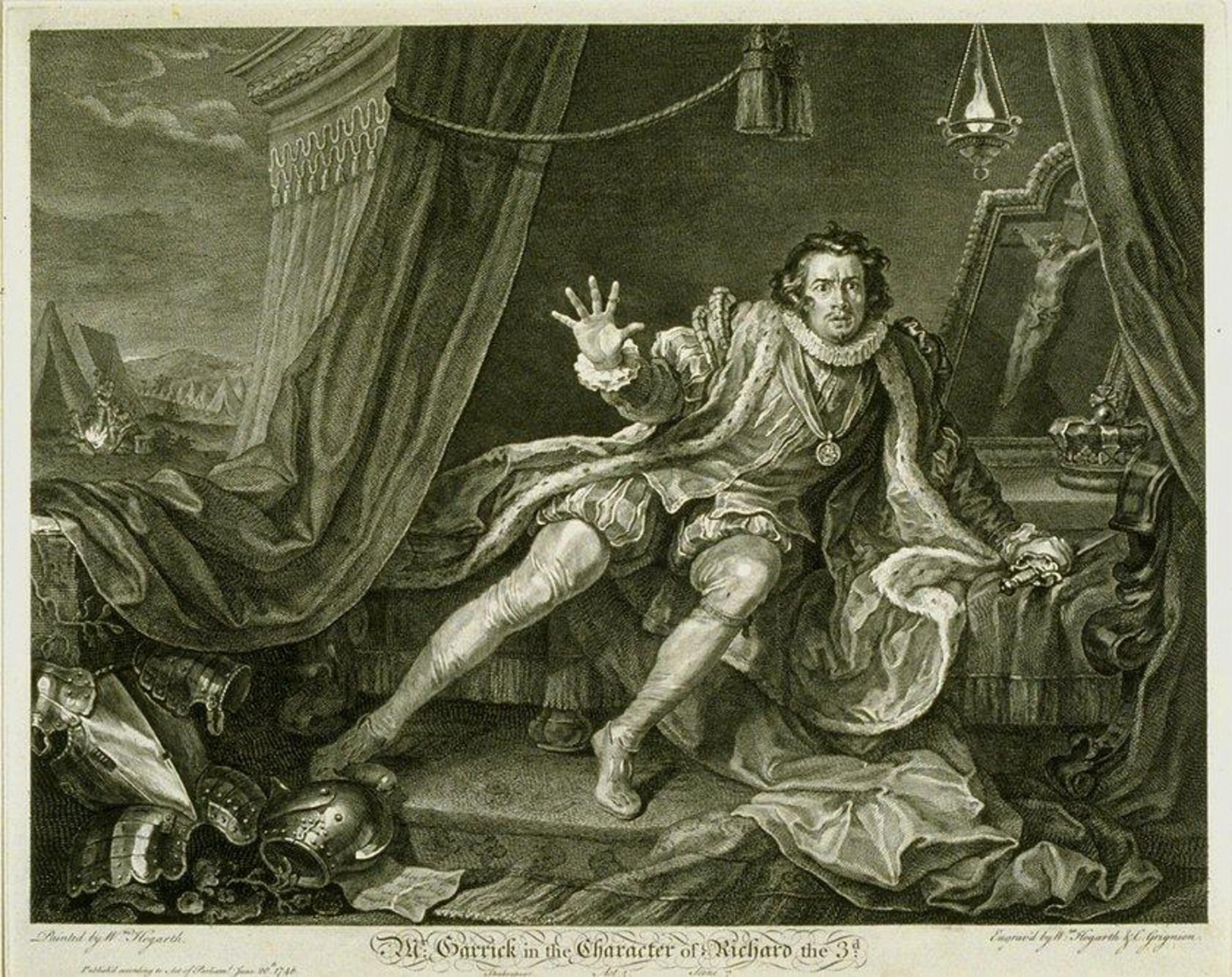 Title
Mr. Garrick in the Character of Richard III, 1764

Medium & Support
etching and engraving with stipple on paper

Label copy
William Hogarth
England, 1697–1764
Mr. Garrick in the Character of Richard III
1746
Etching and engraving
with roulette
Museum purchase, 1871/2.60
The subject of this print, David Garrick (1717–1779), was London’s premiere actor in the mid-eighteenth century; he was also a good friend of the artist William Hogarth. In 1741, Garrick performed the role of Shakespeare’s Richard III and became an instant sensation, renowned for his expressive face and stage presence in comedies, dramas, and satires. This print reproduces a painting by Hogarth that portrays Garrick at the climax of Richard III, when the title character is tormented by the ghosts of those whom he has killed, his gestures and emotive face evoking his internal agony. Such a print would have made the painting available to a wider audience.
Garrick was among the throngs that went to see Benjamin West’s Death of General Wolfe when it was on view in the Royal Academy exhibition of 1771. He offered a dramatic critique of West’s depiction of Wolfe by reportedly lying down in front of it and assuming what he imagined to be a more accurate portrayal of the fallen hero at the moment of his hearing of the victory at Québec.
(Gallery Rotations Fall 2012)

Physical Description
A figure in elaborate costume with a fur-lined cloak, ruff collar, and medal leans on a bed or couch, a sword in his left hand and right raised with palm outstretched. He faces the viewer but does not look at the viewer. Overturned at his feet is a suit of armor. He is placed within a military tent and to the left is a distant landscape with other tents and figures gathered around a fire, suggesting this is a nocturnal scene.