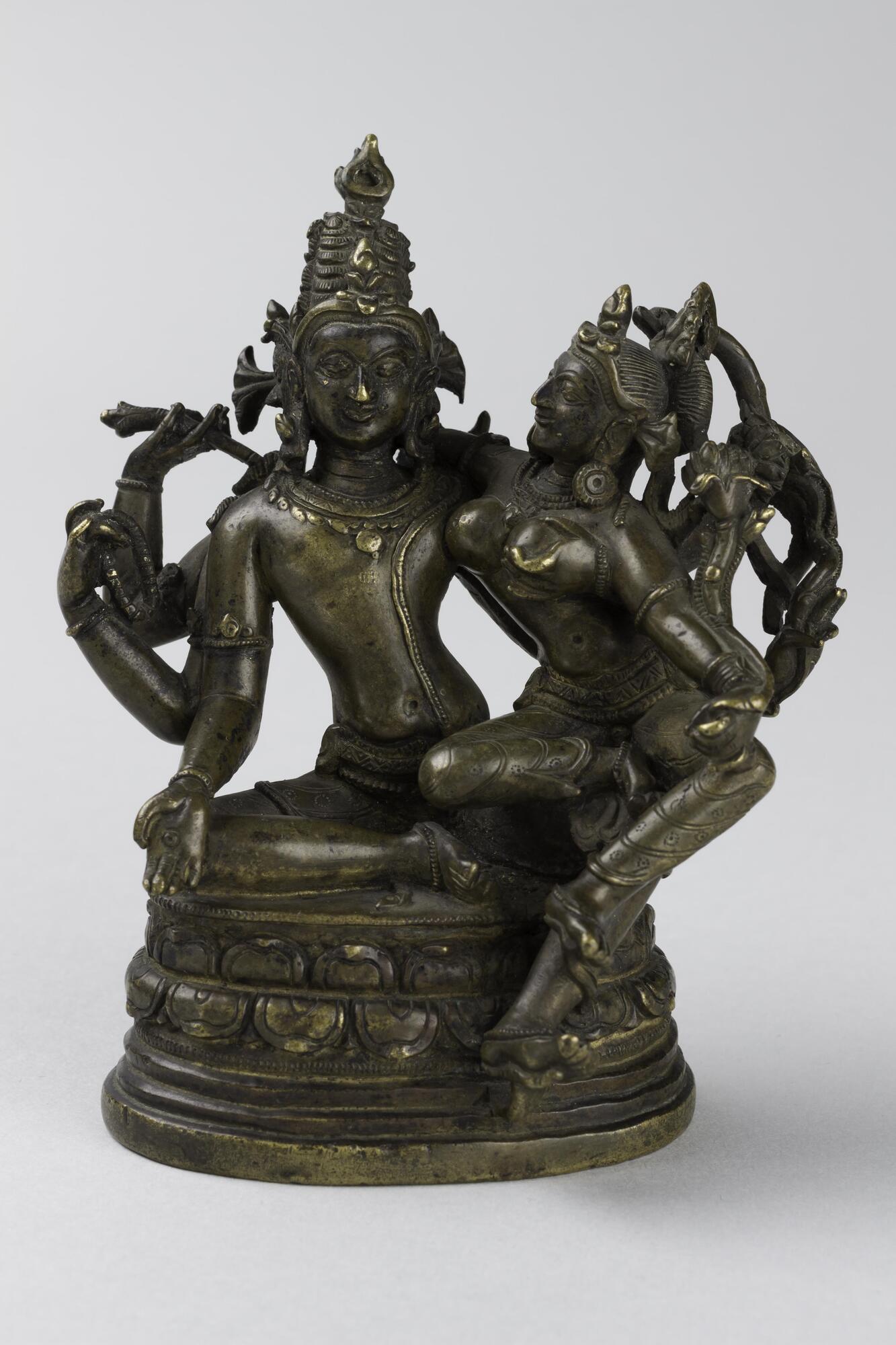 Label copy
March 28, 2009
The Hindu god Shiva exhibits contradictory qualities: he is at once a lone wandering ascetic and an exemplary husband and lover. Images of Shiva and Parvati in stone and bronze praise the lovers’ bond, and sculptors have found many ways to describe their deep intimacy in formal terms. Particular attention was focused on defining the nexus between the two figures. In some cases, the lovers share a common pedestal but do not touch; their bodies communicate through the contour of their hips and sway of limbs. In other examples, such as this bronze, Parvati sits directly on Shiva’s lap while he cups her left breast. Presented in royal ease, engaged in animated conversation, the couple represents a divine prototype of idealized, erotic love.
(Label for UMMA South and Southeast Asia Gallery Opening Rotation, March 2009)

Subject matter
To complement Shiva’s character as an ascetic, he is also a husband and lover. His consort is known by various names, in this case as Parvati, the daughter of the Himalaya. Both the Pala dynasty in the northeast and the Cola dynasty in the south developed sophisticated traditions of bronze sculpture featuring this ideal couple. In this small but exquisite bronze from the northeast, the artist depicts Shiva and Parvati in animated and intimate conversation.

Physical Description
Shiva sits with his consort on a double lotus pedestal. He has six arms, his right three are in varada mudra [a giving gesture], holds a rosary and an arrow. His left arms cup his consorts left breast and hold a lotus flower and a bow. He sits in royal ease, with one leg pendant. He wears bracelets, armlets, necklaces, earrings, and a sacred thread that stretches form his left shoulder down past his waist. On his head he wears an elaborate jatamukuta, a crown interlaced with his matted locks. Parvati sits upon his knee with one leg tucked under her and the other pendant. She is also adorned with jewelry, but wears a more modest diadem at the front of her head.