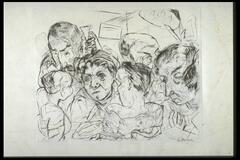 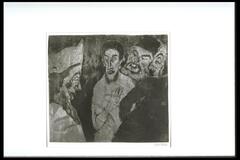 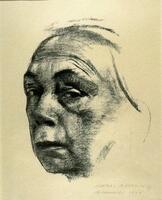 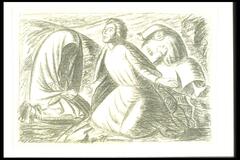 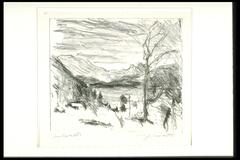 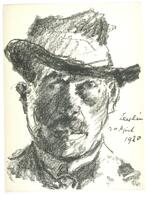 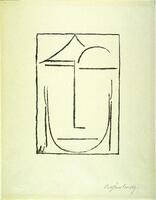 Subject matter
After recovering from a serious illness in 1909, Nolde began focusing on religious figures in his art. Schriftgelehrte depicts three men mocking Christ who is at the center of the print with a hand raised to his chest. It is believed that this piece is meant to represent the opposition between good and evil rather than a specific instance of scribes ridiculing Christ since that happens several times in the New Testament. According to a chronology of his life that was compiled by Susanne V. Cloeren, Nolde spent time sketching in Berlin's ethnographic museum in 1911. That could have been the inspiration for the Asian influence in the caricatures of Christ and the scribes.

Physical Description
Four male figures face each other, one in a hat on the left and three on the right facing him. The figure in the center has one hand raised to his chest. The two men on the right are looking at the man in the center.