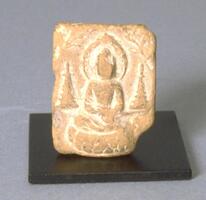 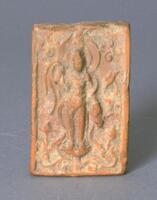 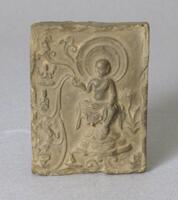 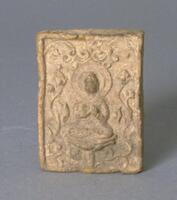 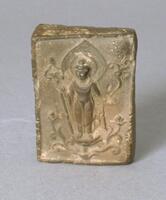 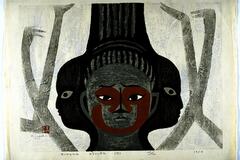 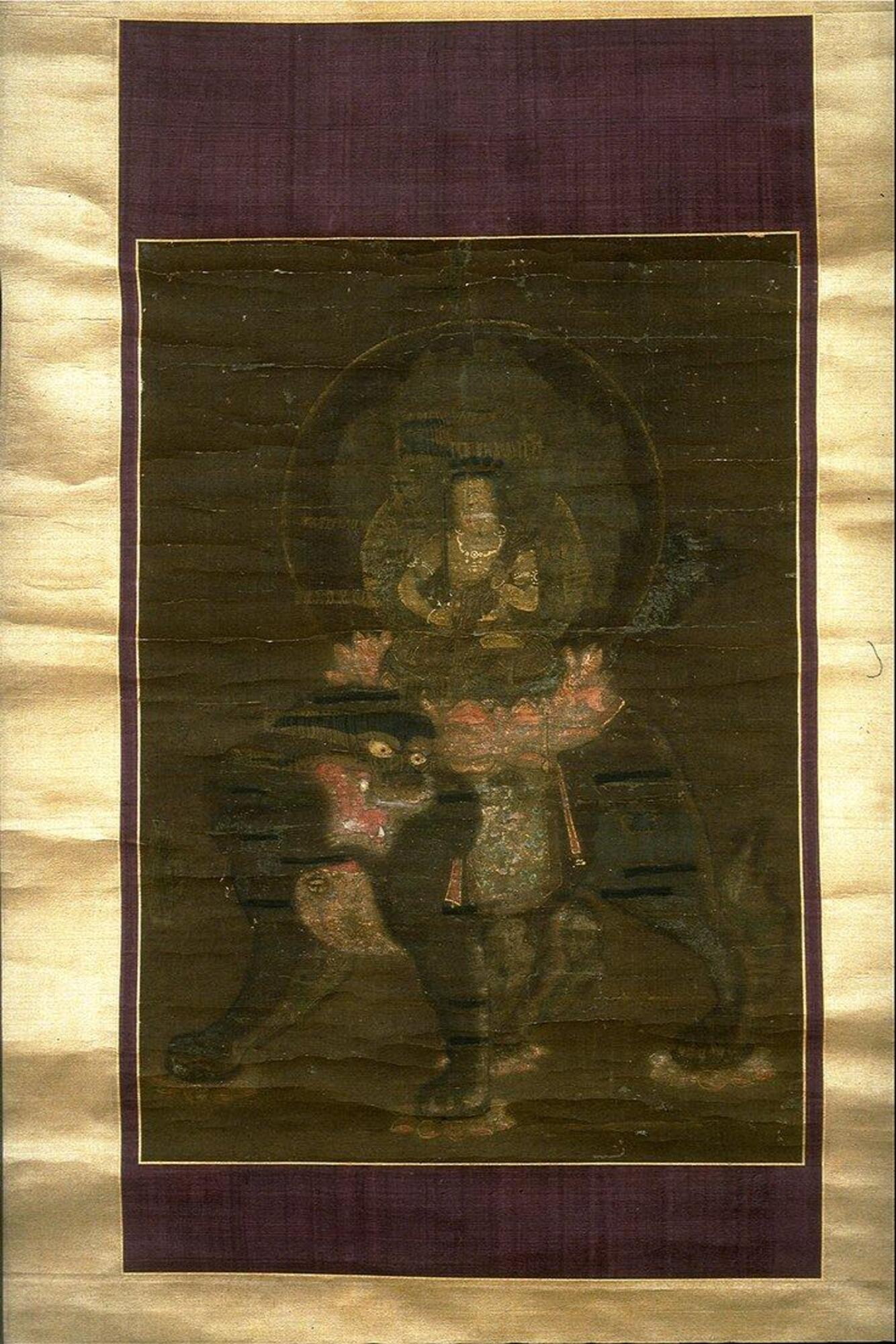 Subject matter
This icon painting depicts Monju (Mañjuśrī) the bodhsattva of wisdom seated on his lion mount. Generally, Monju is closely associated with Fugen (Samantabhadra) and the two were often paired with depictions of Shaka (Shakyamuni), the historical Buddha. Monju was frequently depicted in Japan, and distinctions were made between his various forms based on the number of topknots of his hair. This image shows the Gokei Monju, or "five-knot Monju". Frequently, depictions of Monju riding his lion are identified as "Monju Crossing the Sea" (Japanese: Tokai Monju zō) where Monju's lion strides across the waters while traveling to Wutaishan, a Chinese mountain where it was believed that he dwelled in Chinese and Japanese Buddhist belief.

Physical Description
This icon painting depicts the bodhisattva Monju seated cross-legged on lotus on top of a lion. The figure holds a vajra sword, and is dressed in flowing robes with golden jewelry. Two circular mandorlas surround the figure.