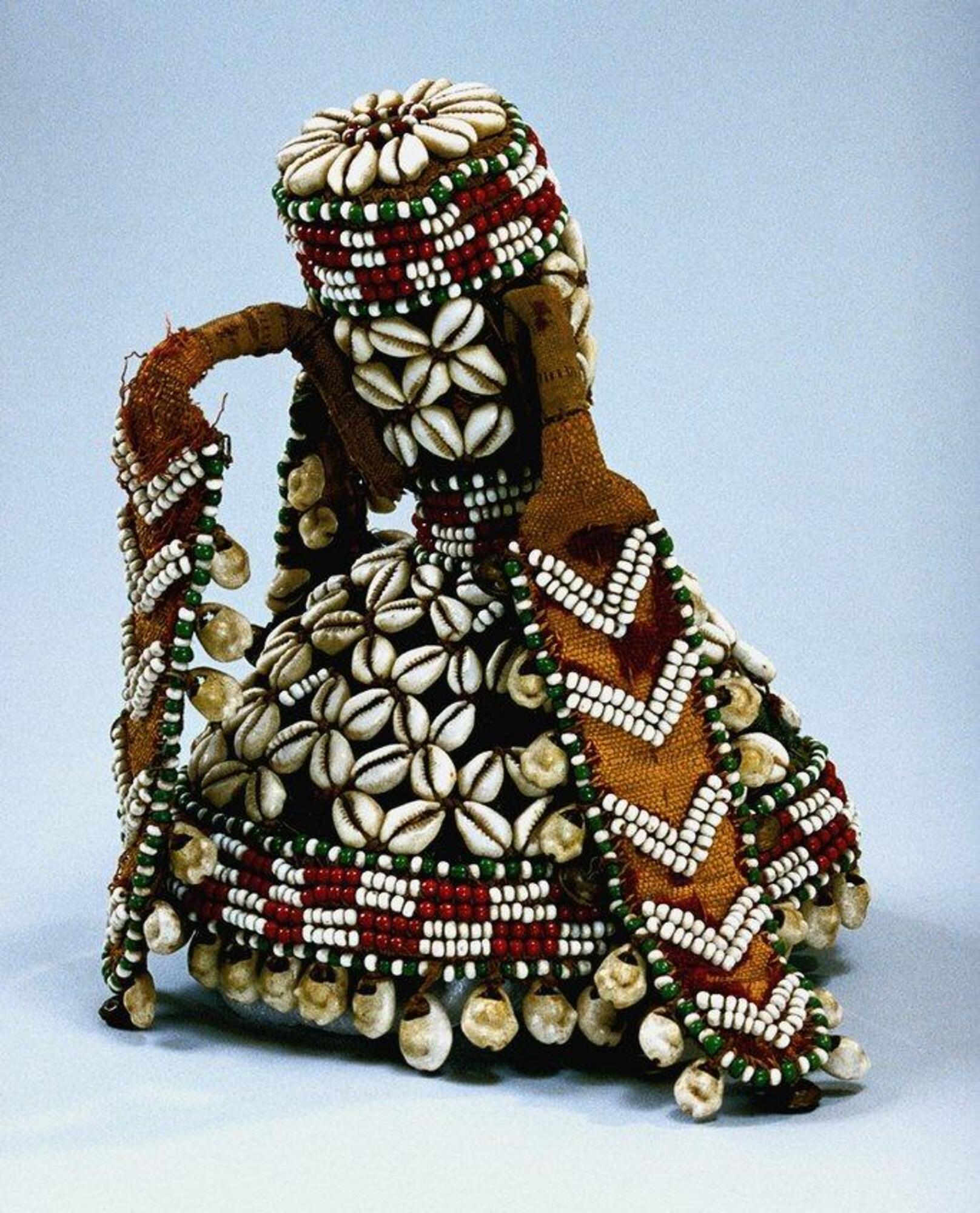 Subject matter
Kuba hats often serve as symbols of prestige. Conical in shape, they were to be worn straight on the crown of the head and secured to a tuft of hair with two hatpins, one from the front and one from the back. Cowrie, bead- and brass-decorated headgear embroidered in geometric patterns were commonly worn by royalty or royal designates for ceremonial occasions. This particular hat might have been worn by the king (Nyim) or by men who were the royal heralds, and who wore bells like the chief of the military. There is also the possibility that the headdress was part of the ceremonial costume of a royal princess. Additionally, the geometric patterns created by the beads and cowrie shells are similar to patterns found on Kuba textile, basketry, sculpture, and female body scarifications.

Physical Description
A cone-shaped headdress with a cylindrical finial rising from its top. Three long flaps hang from three projections located near the top of the finial. The green field of the main body and finial is embroidered with cowrie shells arranged in a four-pointed rosette pattern. Cowries also appear on the round flat top of the finial where they radiate around a circle of alternating red and white beads. Cowries form a fringe around the lower border of the cap and are accompanied by brass bells along the edges of the flaps. The headdress is bordered at its lower edge and at the top and bottom of the finial with a checkerboard pattern in red and white beads between thin rows of alternating green and white beads. Five double rows of white beads form a chevron pattern on the wheat-colored field of the flaps.