Irving as Philip of Spain, No. 1 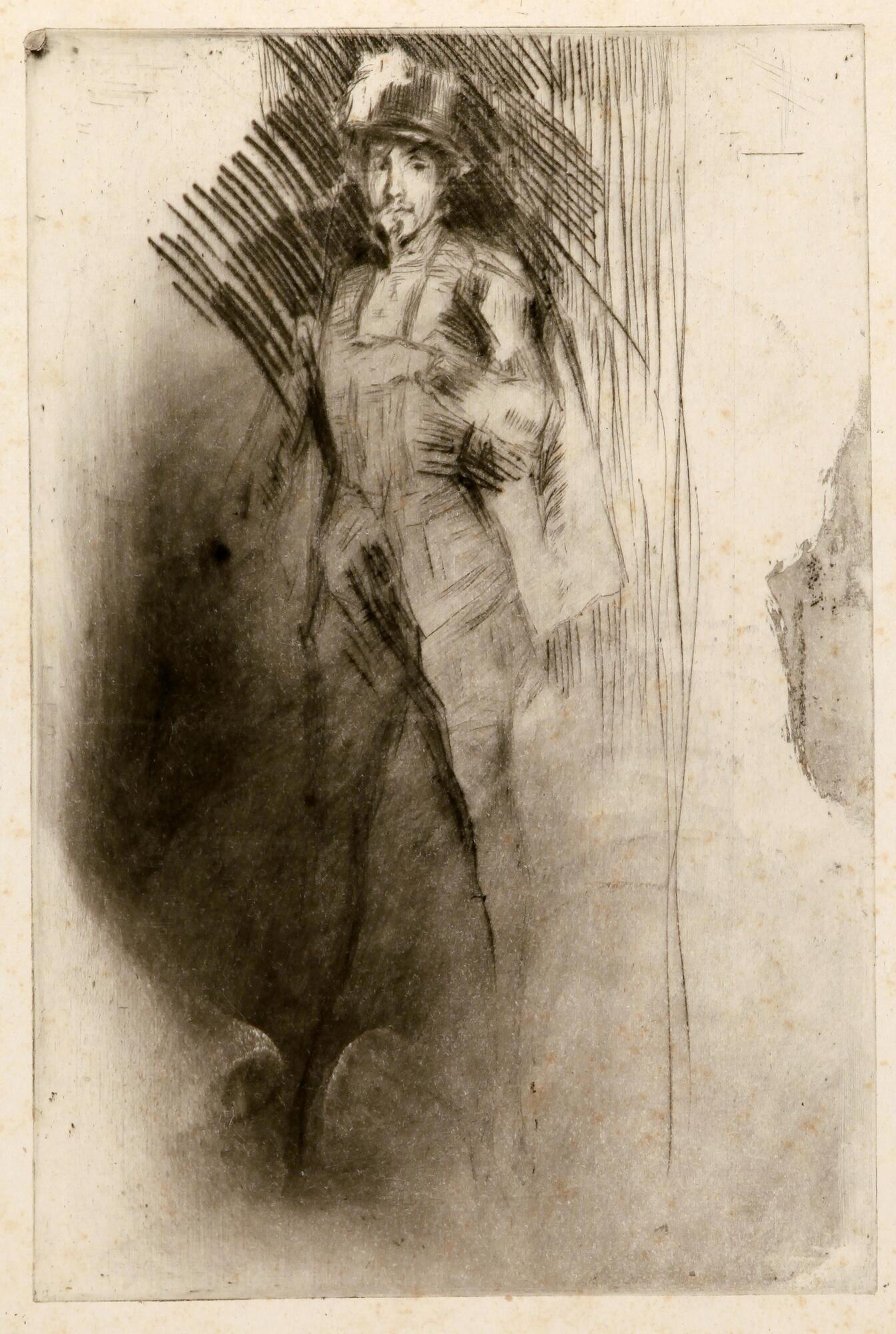 Title
Irving as Philip of Spain, No. 1

Label copy
Irving as Philip of Spain, No. 1
circa 1876–77
Etching and drypoint
Second state of three (Kennedy 170)
Bequest of Margaret Watson Parker, 1954/1.368
In choosing this print, Margaret Watson may have enjoyed it as an oddity: Whistler normally had no interest in historicizing depictions and this is his only known costume piece. Sir Henry Irving, director and manager of the Lyceum Theatre in London, was for many years the most renowned actor on the British stage. In 1876, Whistler saw Irving perform the role of Philip of Spain in Tennyson’s historical drama, Queen Mary, written in 1875. Whistler asked the actor to sit for him in his costume and produced three works depicting Henry in this guise: the painting, Arrangement in Black, No. 3: Sir Henry Irving as Philip II of Spain, and two etched versions of this composition were
the result.
Recalling the aristocratic portraits of Anthony Van Dyck (1599–1641) and Diego Velázquez (1599–1660), Irving is shown standing with hat and cape, sharp diagonal hatched lines differentiating the figure from the background. Irving was known for saying that proper stage lighting was more important than scenery; Whistler’s rich plate tone, created by employing residual layers of ink that obscures the figure’s legs, recalls the uneven lighting of theatres prior to the introduction of electricity.

Subject matter
This etching shows the renowned British actor of the day, Sir Henry Irving. Director of the Lyceum Theatre in London, Whistler saw Irving play the role of Philip of Spain in a drama written by Tennyson and asked Irving to sit to him in costume. Related to this etching is a painting of Irving at the Metropolitan and another print version of this composition.

Physical Description
A man stands in a full-length portrait, turned slightly to the left, but looking directly at the viewer. He is in historical costume with a short cape, high dark hat with a white feather and fitted vest and pants. The dark background is not described.