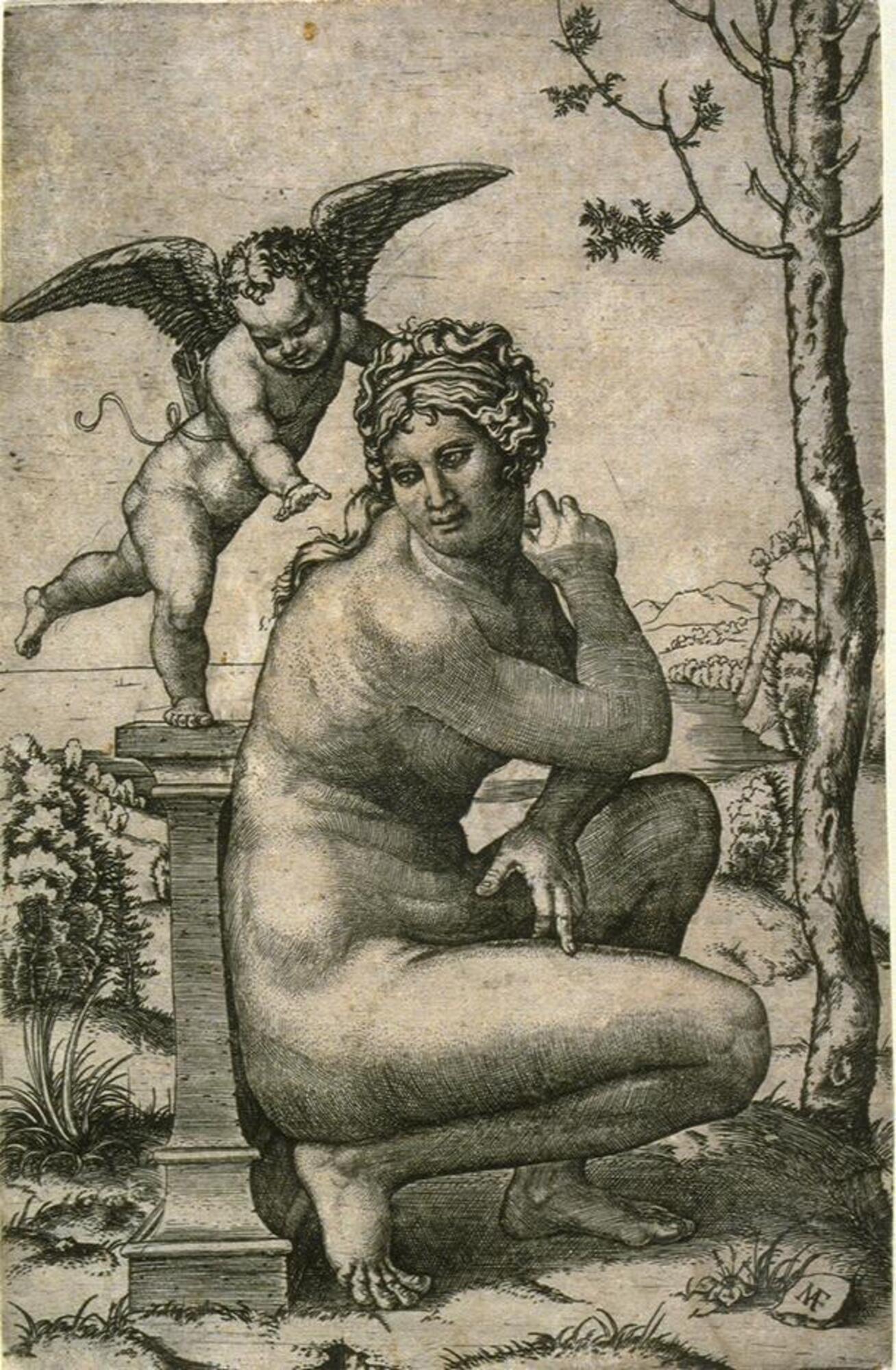 Label copy
Gallery Rotation Spring/Summer 2012
Marcantonio Raimondi
Italy
circa 1475–before 1534
Crouching Venus
circa 1505–6
Engraving
Museum purchase, 1984/1.289
In addition to Ovid’s Metamorphoses, ancient statuary and wall painting were important sources of inspiration for artists interested in depicting mythological figures. In this engraving Raimondi, one of the most important printmakers of the Renaissance, drew upon the crouching Venus form popular in Hellenistic sculpture and frequently copied during the Roman Empire. In the engraving, the nude goddess, perhaps interrupted at her bath, turns her head towards the viewer while attempting to shield her body from view, a gesture of modesty that draws attention to her sex. Cupid stands on a pedestal behind her, a reminder that this is the goddess of love and an indication of the erotic nature of the subject.

Subject matter
The Hellenistic depiction of the crouching Venus was frequently reproduced in Roman times; this work by Marcantonio Raimondi demonstrates that these images of Venus were known and valued by 15th-16th century artists, especially those in the circle of Raphael.

Physical Description
A nude woman is seen in profile crouching and turning her head toward the viewer. She is backed up against a short pedestal or wal, on top of which a winged cupid bends towards the woman. On the right side is a slender tree, and behind the figures is an expansive landscape.