Study for 'The Dance' 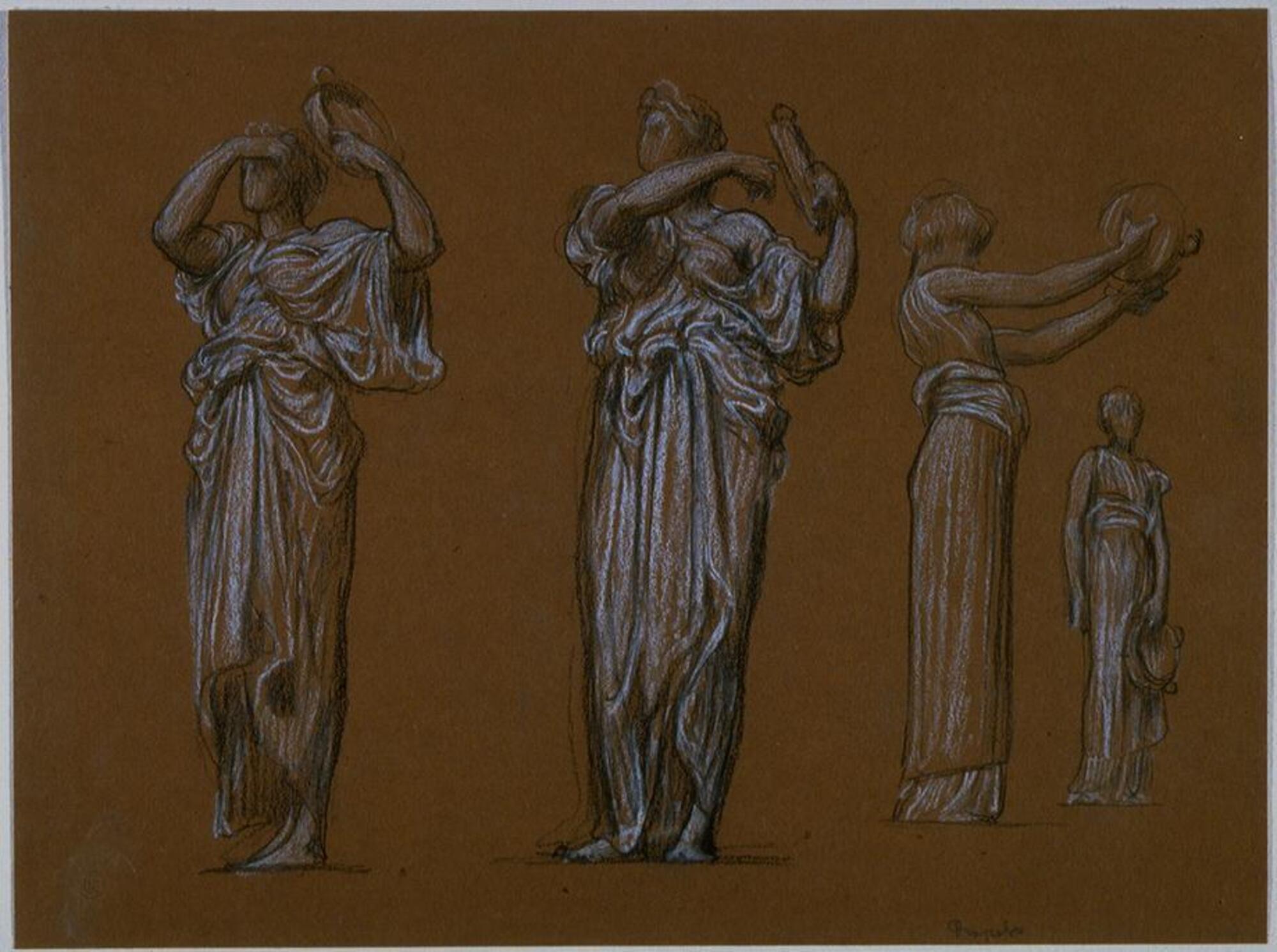 Title
Study for 'The Dance'

Label copy
Frederic Lord Leighton
England, 1830–1896
Study for The Dance
circa 1883
Black and white chalk
Museum purchase, 1981/2.131
This chalk drawing served as a preparatory sketch for one of two paintings that Leighton executed for a drawing room in a house in London, one depicting “The Dance” and the other “Music.”
Leighton was also a sculptor, and the figures in their frieze-like arrangement and statuesque isolation appear more like classical columns in the drawing, despite the flowing drapery in the left-handed figures. His classical themes evoked a romantic idealism that suited the taste of the time rather than an abiding accuracy to the Hellenistic sculpture that inspired him.
(6/28/10)

Physical Description
Black chalk drawing with white highlights on a brown colored background. Four female figures, dressed in classical style drapery, standing in various poses playing a tamborine. One (small) with arms down at her side; one (medium) in profile, with arms outstretched; and two large figures, facing front, showing the motions of hitting the tamborine.