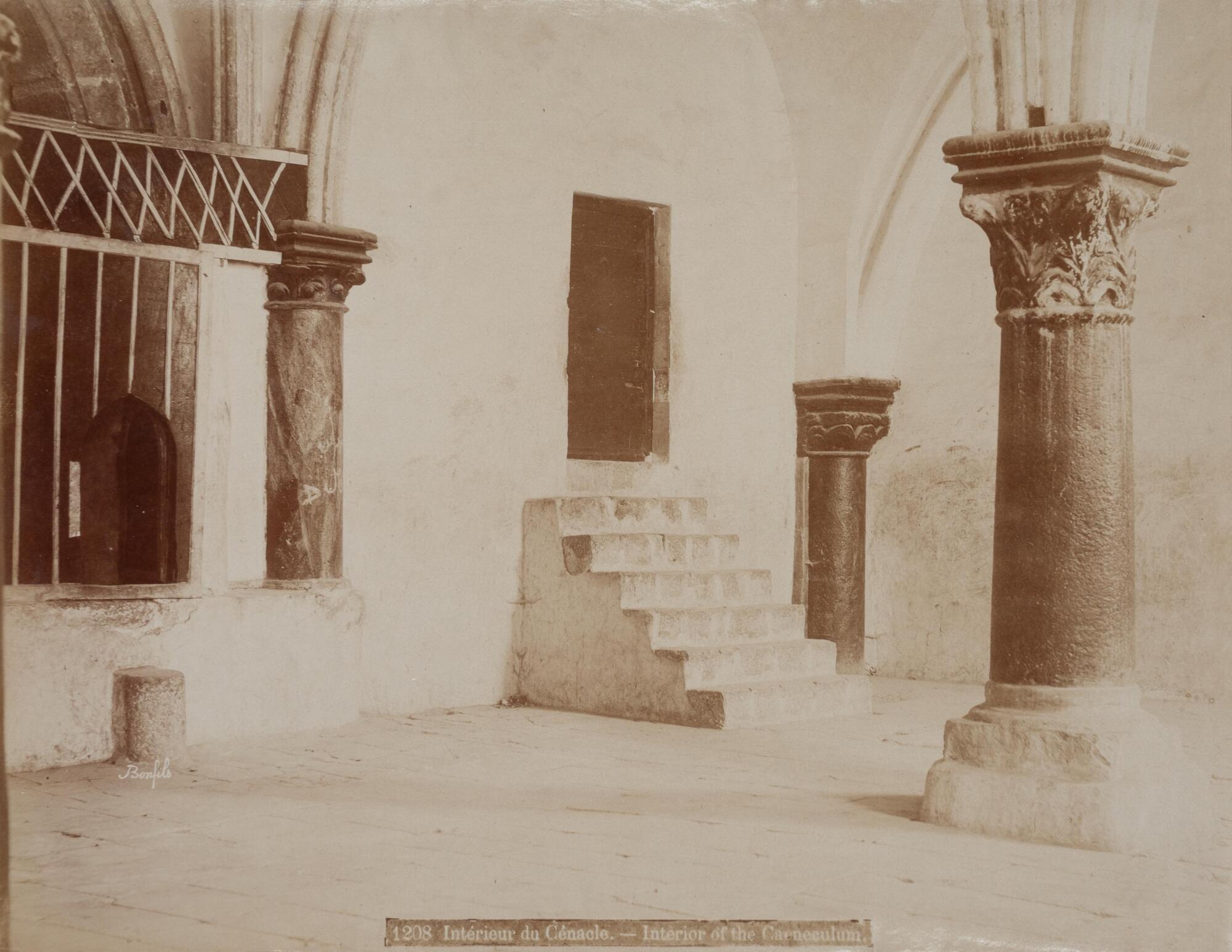 Subject matter
This photograph represents a corner of the Cenacle (labeled at the bottom in English as “Caeneculum,” a misspelling of the Latin coenaculum), a structure in Jerusalem believed to be the site of the biblical Last Supper. The rib vaulting and classicizing columns indicate the building’s medieval, likely Gothic, origins--a fact which underscores the site's alignment with Christian traditions. The room is devoid of people and sparsely decorated, save for the foliate designs on the Greco-Roman column capitals. The walls, floors, vaults, and stairs are all composed of the same pale stone, which lends the image a fairly light and cheerful tone, if undercut by the general loneliness of the scene. A singular, unadorned doorway introduces a sense of the unknown into this otherwise bright picture as it forms a dark, rectangular void in almost the exact middle of the composition. Similar dark tones repeat in the freestanding and engaged columns as well as a tenebrous region in the left foreground, an adjacent room that lies just beyond a metal screen. This image is one of hundreds of photographs made throughout Bonfils's career which purport to document various landscapes, cityscapes, and people of the eastern Mediterranean.

Physical Description
The photograph shows a sparse interior scene with a shallow staircase that leads up to an unadorned doorway. The light-colored stone fills much of the composition, but is interrupted by the dark, centrally placed doorway, the free-standing and engaged columns, and the unlit region in the left foreground.