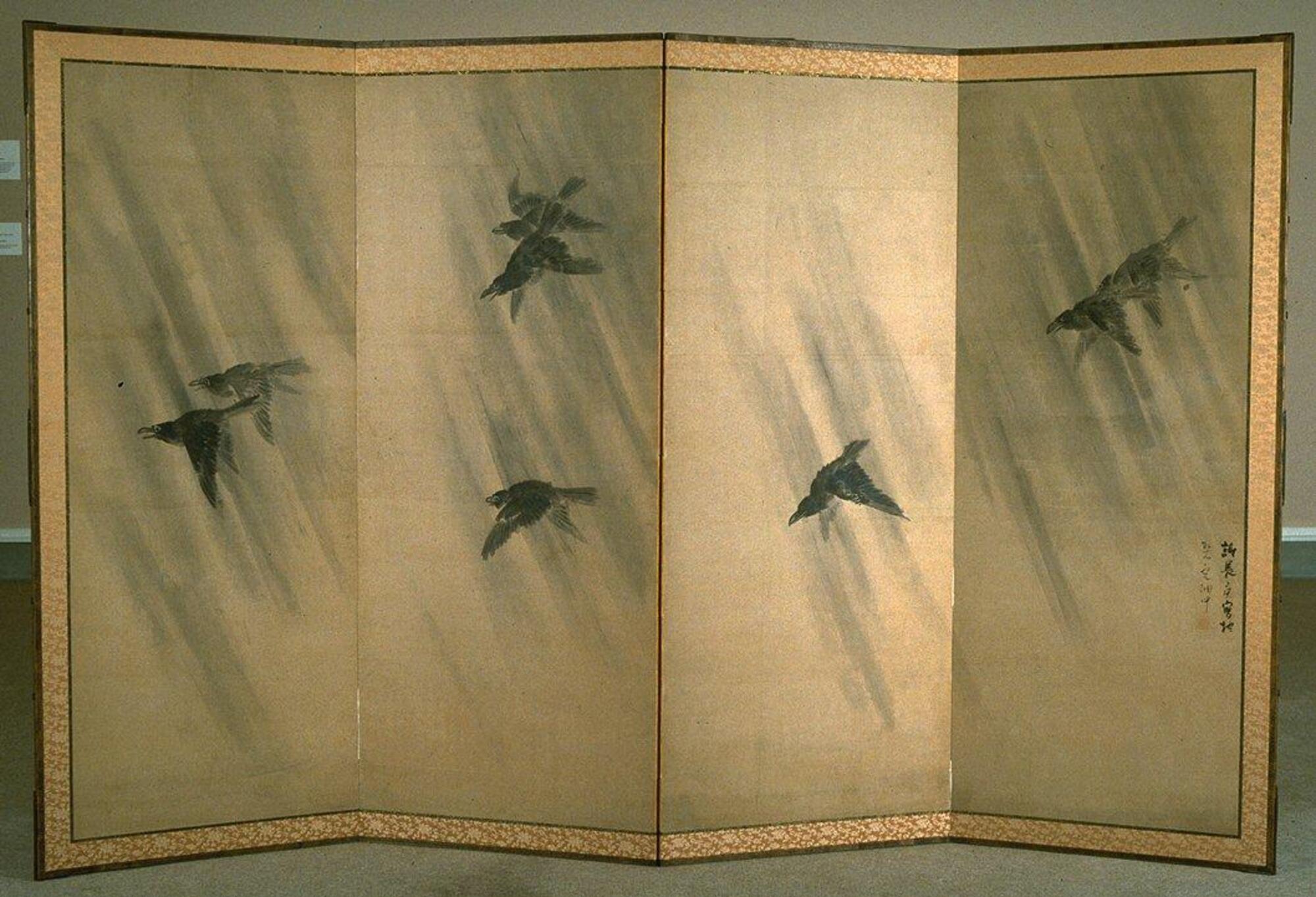 Medium & Support
one of a pair of 6-fold screens, ink and color on paper

Label copy
The crow was a subject that Yosa Buson explored many times. Often employed as a symbol of fallen women and their sorrow, it may also be associated with the bleakness and isolation of late autumn and winter as evoked in the poet Basho's (1644-94) haiku: On a withered Branch A Crow has settled —Nightfall in Autumn

Subject matter
Buson used the image of the crow in both his poetry and paintings many times throughout his life. It was associated with fallen women, and their sorrow, as well as the seasons of autumn and winter. Significantly for Buson, it also served as a reference to Matsuo Bashō--Buson was part of a Bashō revivalist school of poetry, as well as being one of the most prominent nanga painters.

Physical Description
This four panel folding screen depicts eight crows flying through a rain shower. The birds themselves are naturalistcally depicted, while the rain is suggested through Yosa Buson's use of diagonal strokes of various shades of lighter ink washes. Buson makes use of the three-dimensionality of the screen's folds in his placement of the crows, creating a sense of depth and movement to his subject.