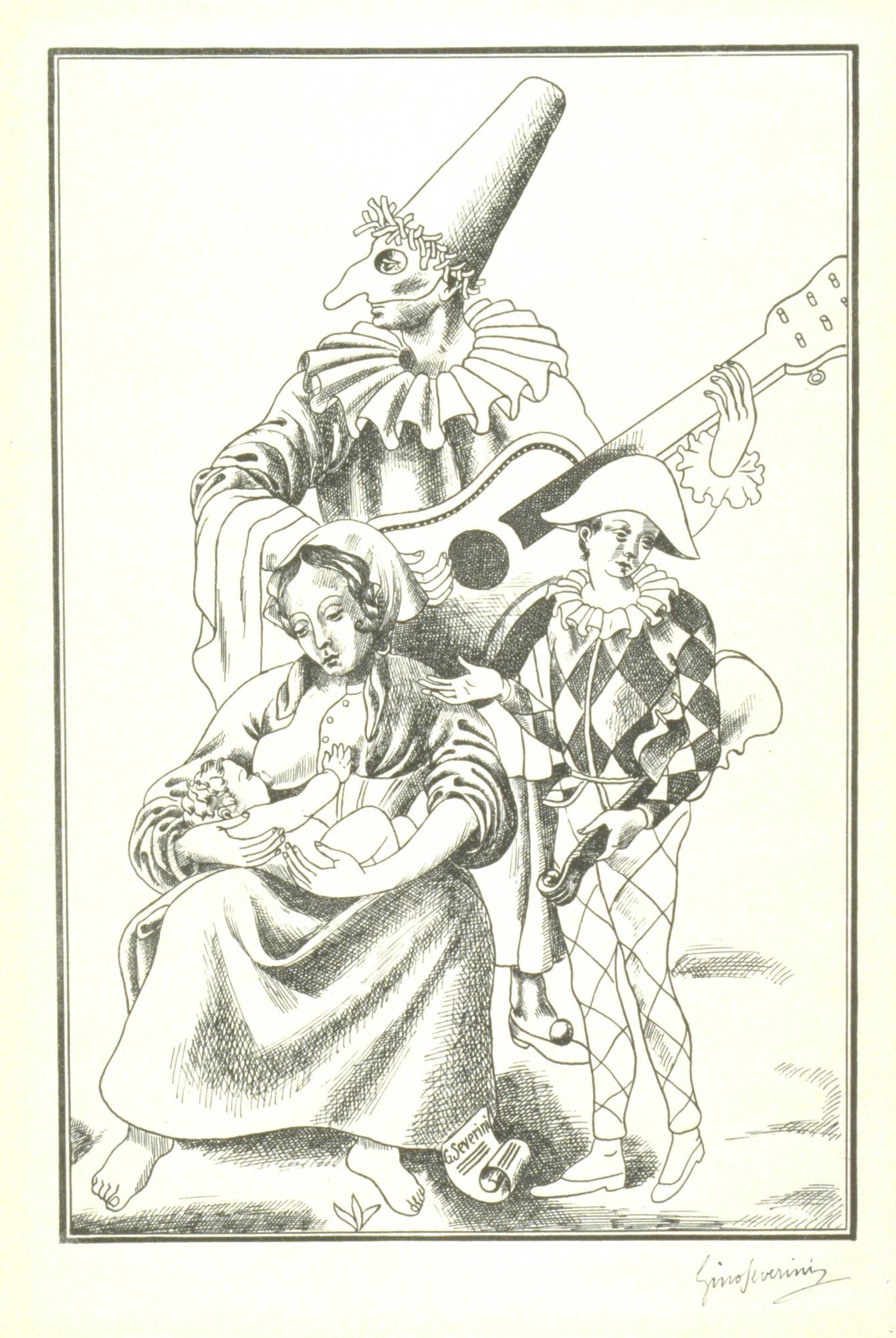 Subject matter
Characters from commedia dell'arte such as these harlequins are often featured in Severini's work from the early 1920s. This scene can also be found as an oil painting which was a more familiar medium for Severini. The painting appears to be titled, The Family of Poor Pulcinella. Pulchinella was a stock character that orginiated from commedia dell'arte. He is usually depicted with a beak-like nose and in theater he has a nasally voice. Pulcinella is sometimes considered to be a trickster. Although portraying harlequins, it has features of the Christian Holy Family with the breastfeeding mother and the young man at her side gesturing towards the baby as St. John the Baptist is often seen gesturing to his cousin.
This print, Family of Harlequins was released in a portfolio titled New European Graphics, Portfolio IV: Italian and Russian Artists. It was the final portfolio of its series and was published by the Bauhaus School with the intention of raising money for the program. There was supposed to be a fifth edition as well but it was cancelled.

Physical Description
In this vertical print we see what is presumably a family group of harlequins. At the back is a tall man in a pointed hat, wearing a mask with an elongated nose, playing a guitar. In front of him is a seated woman breastfeeding a baby. Next to her is a young adult or a child standing and gesturing to her with his right hand. He is holding an instrument and wearing a diamond checkered costume.