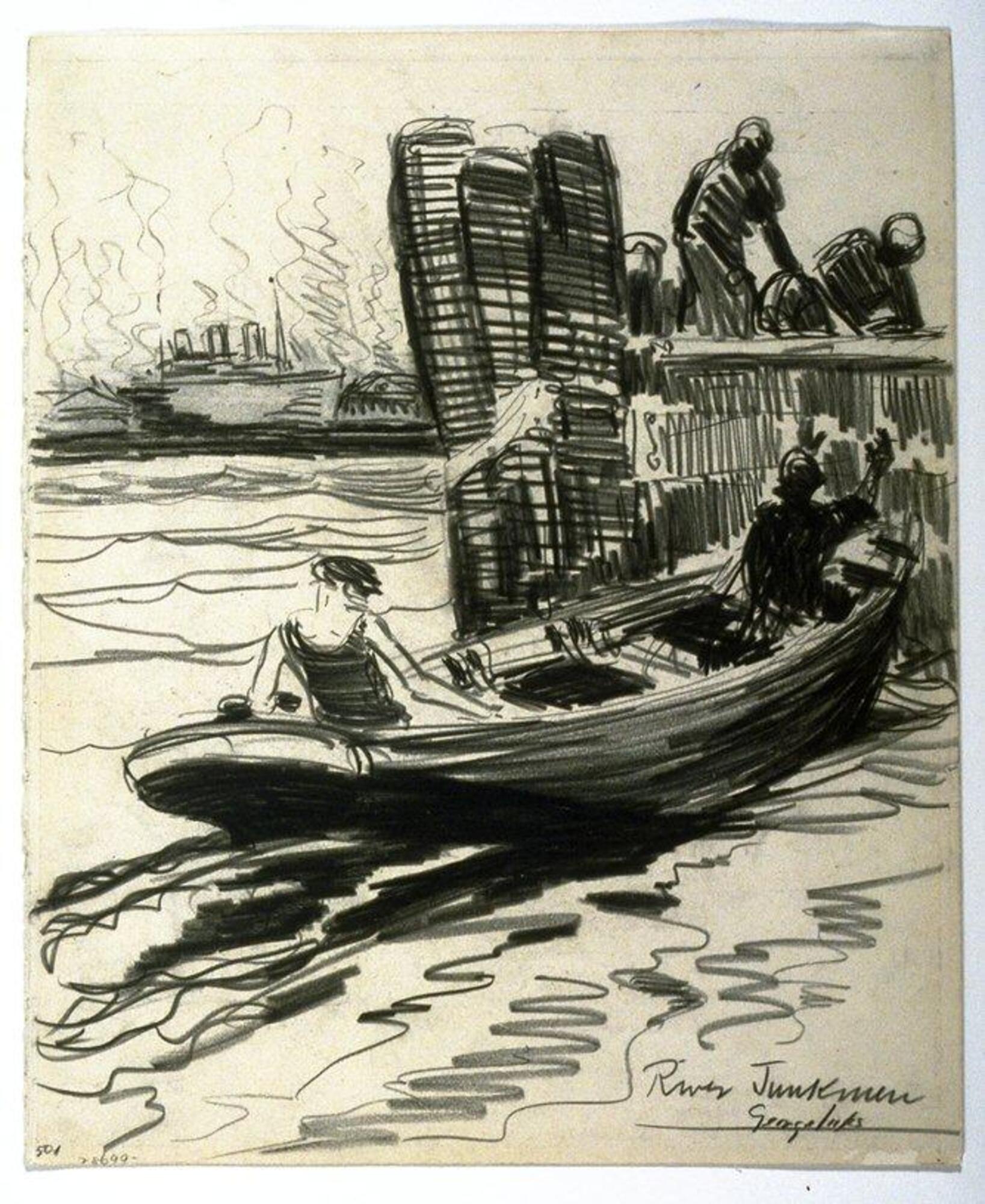 Label copy
Luks was one of a group of artists known as The Eight, who worked in a realist style under the inspiration of Robert Henri (1865–1929). Their focus was the everyday life of New York City. Like Henri, Luks first worked as a newspaper illustrator in Philadelphia before moving to New York. In 1896 Luks became a cartoonist for the "New York World," and he began to paint the next year. In 1913, Luks participated in the Armory Show, a landmark exhibition of avant-garde art that featured work by both European and American artists. He taught at the Art Students League from 1920 to 1924 before founding his own school.
Luks portrayed workers and the poor with sympathy. This quick sketch was likely drawn from life, and its emphatic strokes and zigzags aptly convey the bustle of commercial activity at river’s edge.
(A. Dixon, 20th Century Gallery installation, June 1999)