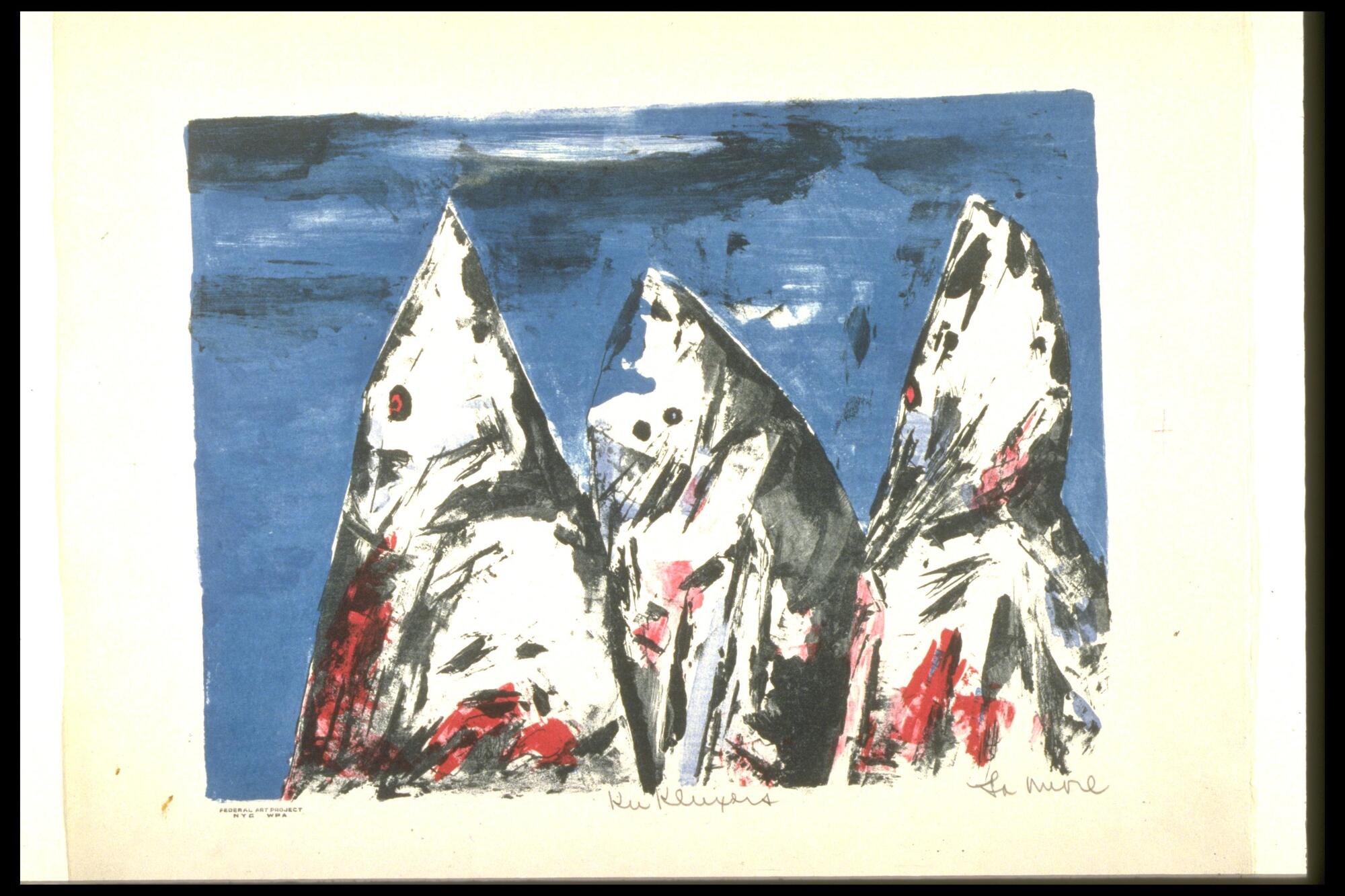 Subject matter
This is a depiction of three Klansmen. The Ku Klux Klan had a remergence after the 1915 film The Birth of a Nation, a film rife with racist propaganda. The KKK's membership grew rapidly during the 1920s.

Physical Description
Three people stand against a dark blue sky. They are dressed in white robes and white hoods that completely cover their faces, except for small eye holes that are cut out. The white robes are stained with red streaks.