Details of the Entrance Frieze of the Apostles' Retreat, Valley of Hinnom, Jerusalem 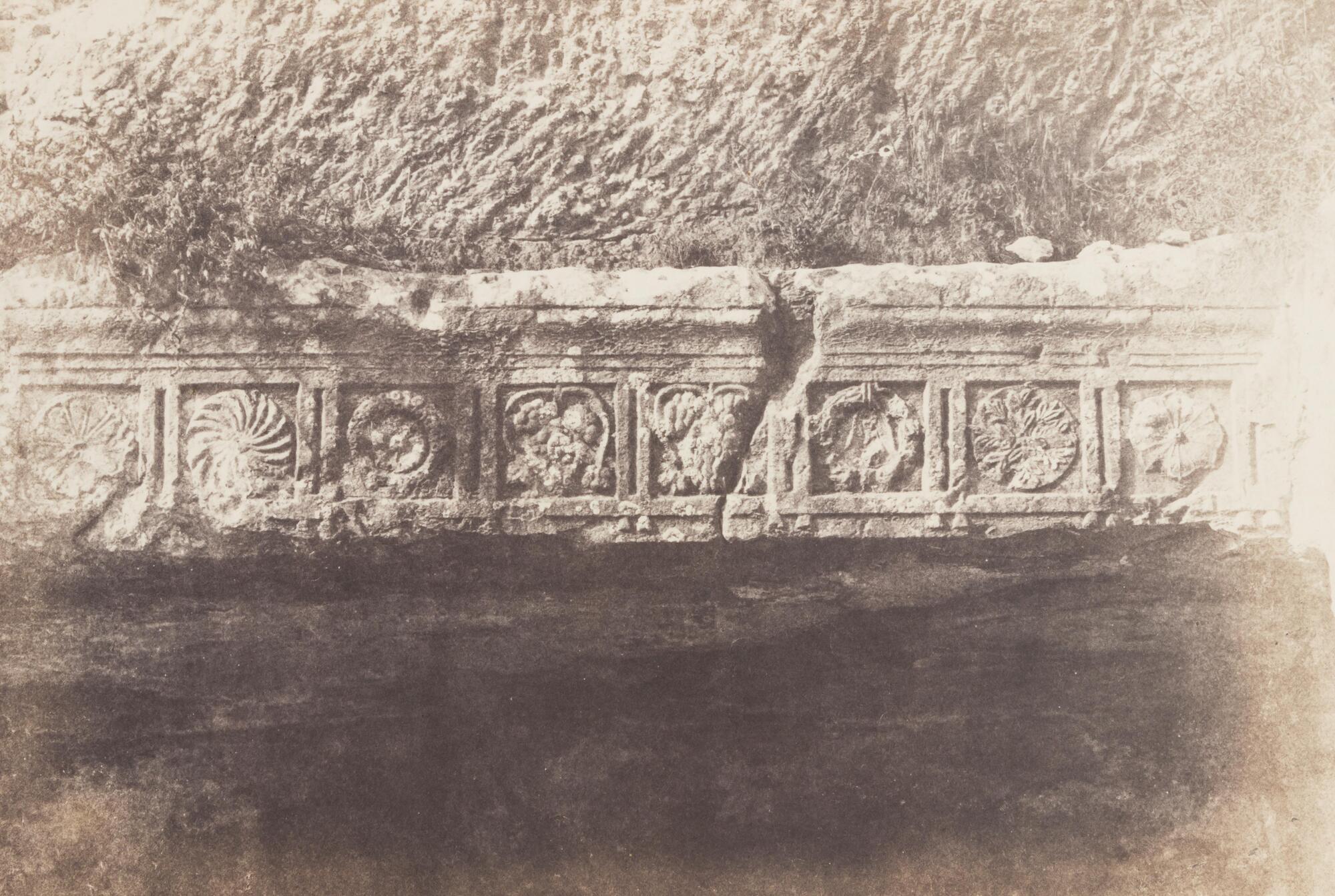 Title
Details of the Entrance Frieze of the Apostles' Retreat, Valley of Hinnom, Jerusalem

Subject matter
The frieze in the photograph is set at the entrance to a first century CE tomb in Jerusalem. Salzmann, who was trained as a painter and was friends with the Orientalist painter Eugene Fromentin, first became interested in archaeology in 1847 when the two painters traveled to Algeria. Salzmann around this time took up photography and was commissioned in 1854 by the French Ministry of Purlic instruction to photograph historical monuments--Roman and pre-Roman--in Jerusalem. His photographs were to be used to substantiate claims by the French archeologist Louis Caignart de Saulcy that there were many monuments that dated back to Biblical times.

Physical Description
Photograph of a large stone carving occupies the center of the image. Above is rough-cut stone, indicating that the carving is part of a larger stone setting; below is a recess and darkness, indicating that the carving acts as a kind of decorative lintel above a cave entrance. The carving itself consists of eight square zones (or metopes) and within each is a decorative pattern of radial symmetry (circles) or vegetative imagery. The frieze is located above the entrance to the Apostles' Retreat, Valley of Hinnom in Jerusalem.