Romanian POWs from the Battle of Stalingrad 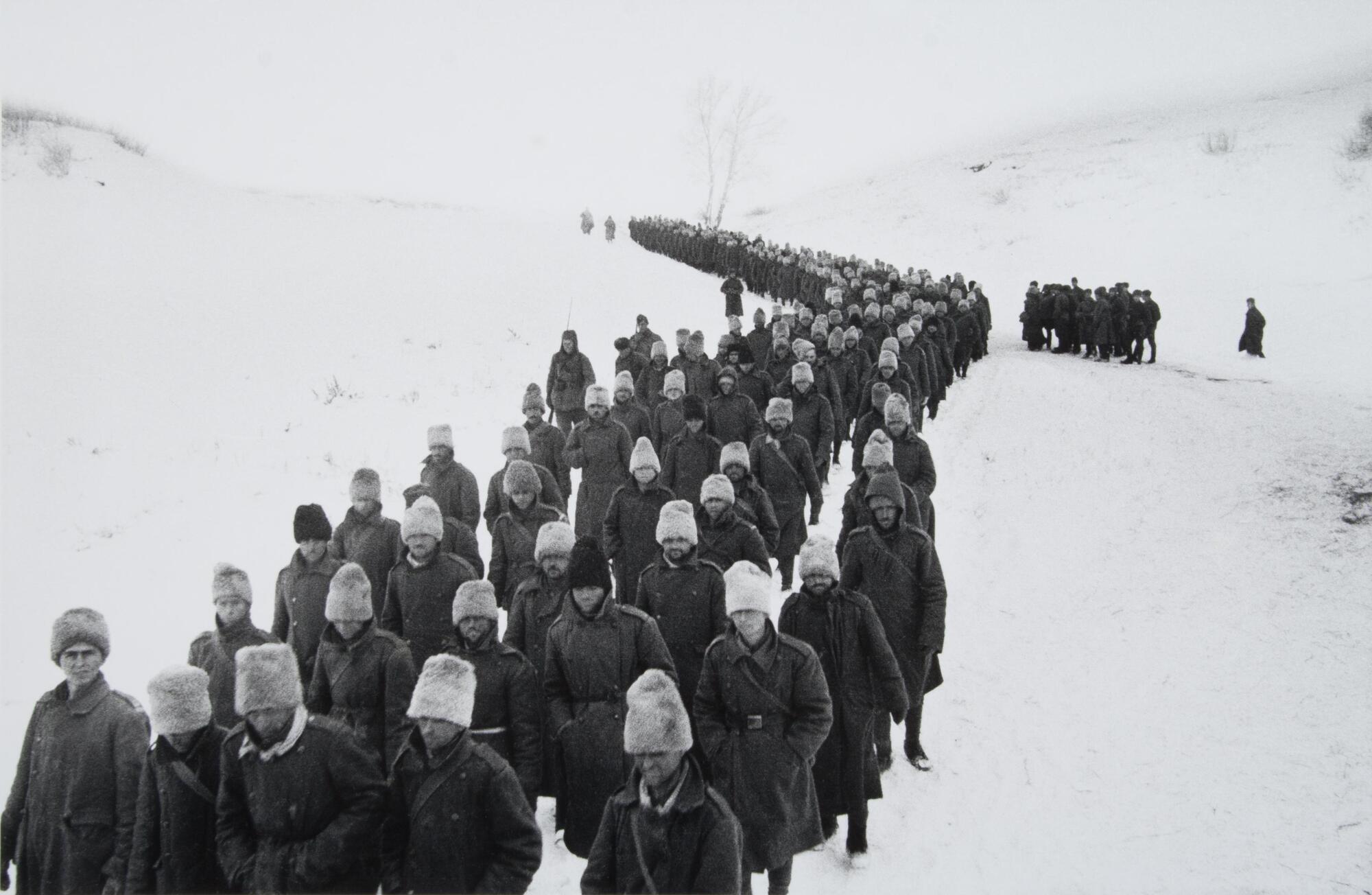 Title
Romanian POWs from the Battle of Stalingrad

Subject matter
In this photograph, a column of men in matching wool coats and fur hats—indicated by the title to be Romanian POWS—files through a snowy landscape. The curving horizon is barely distinguishable from the pale sky. Nevertheless, the dark charcoal gray of the men’s coats contrast starkly with the bright white of their surroundings. In the distance near the right-hand edge of the photograph, a group of soldiers in a different uniform watches the procession go by, evidently members of the Soviet Red Army. This image forms part of Baltermants’ larger project—as an official photographer to the Kremlin—which, spread across numerous portfolios, aimed to document scenes from the Soviet Union’s fight against Nazi Germany during World War II (1939-1945), known in the USSR as the Great Patriotic War.

Physical Description
A column of men in long coats and fur hats march through a snow-covered landscape.