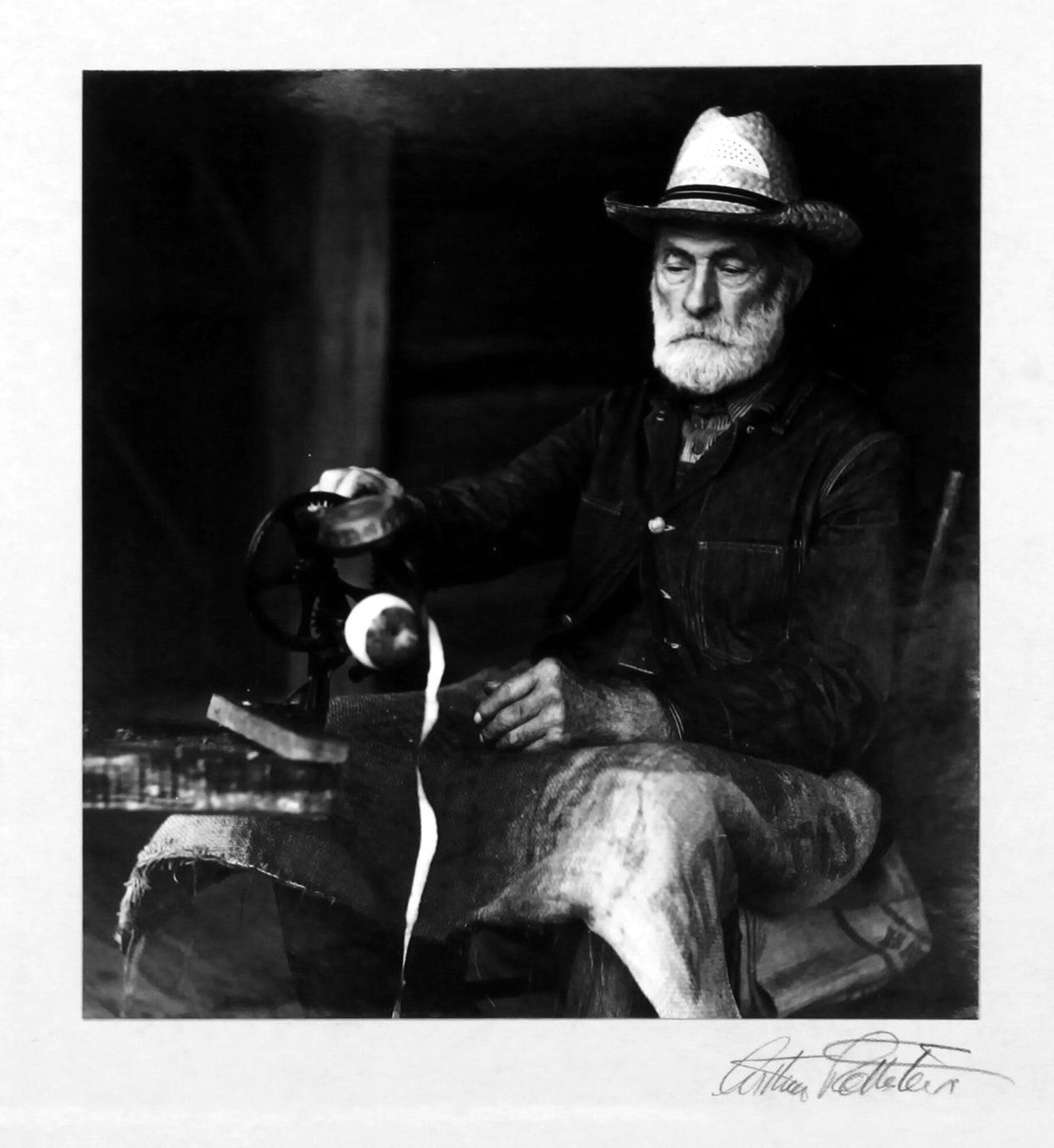 Subject matter
Arthur Rothstein worked as the first hired photographer for the Farm Security Administration and is considered among America's premier photojournalists. Throughout his career, he photographed a range of subjects with social commentary being a primary concern. His first projects looked at the dust bowl and tenancies in the South. He quit the FSA in 1940 and began to work for Look magazine, where he worked until 1971.

Physical Description
A photograph of an aged man sitting with an apple peeler, absorbed in his work. He wears a straw hat and has a white beard.