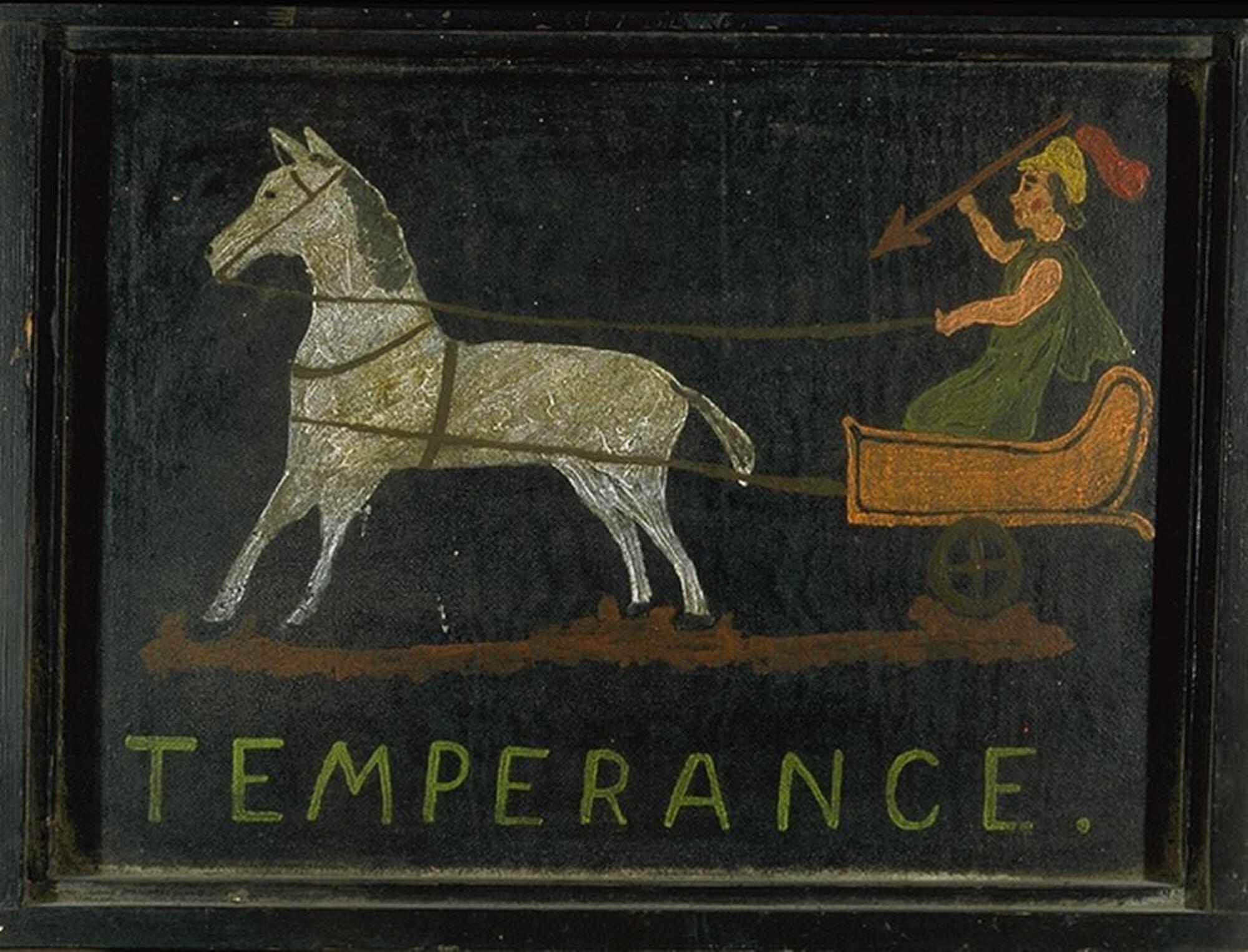 Medium & Support
oil on textured canvas, mounted on board

Label copy
Unknown artist
United States
Temperance
19th century
Oil on canvas on board
Gift of the Daniel and Harriet Fusfeld Folk Art Collection, 2002/1.183
Temperance associations appeared in the United States as early as the 1780s, but it wasn’t until the nineteenth century that temperance, or the prohibition of alcohol, became an organized political cause. While the temperance movement involved more men than women, graphic depictions representing the temperance movement were often those of idealized women. This painting combines medieval representations of the classically dressed virtue of Temperance with the weaponry and chariot of the Lady Liberty figurine of political cartoons, like the image seen here. The anonymous artist has substituted a spear—an unusual weapon—in place of Lady Liberty’s usual torch or bow and arrow.
(Out of the Ordinary, 2010)
Since education during the nineteenth century was not widespread, many could not read or write. In this work, pictorial representations and commonly recognized symbols are used to produce a totally self-explanatory image. The black background and flat figures also add to the readability of this piece. A bridle is a normal attribute in personifications of Temperance, which may be why a bridled horse pulling a chariot represents temperance in this image. The nature of this work allows the word Temperance to be read both textually and figuratively, making it intelligible to the literate and illiterate.
Lindsay Meehan
Modern and Contemporary Art Intern
2002