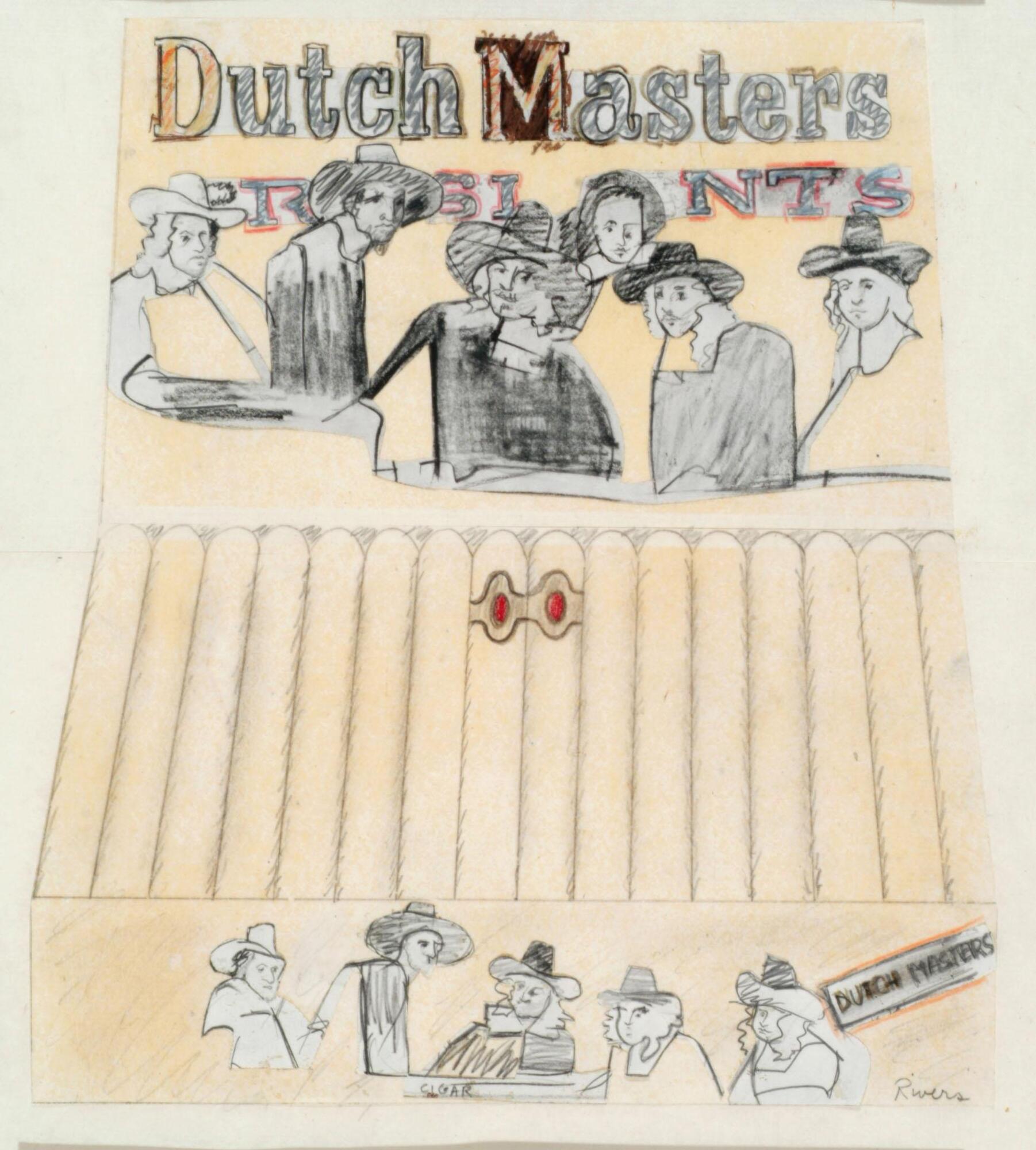 Subject matter
Dutch Masters is a double appropriation of a piece of fine art since Rivers is illustrating a cigar box that appropriates Rembrandt's Syndics of the Drapers' Guild. Larry Rivers is often described as being caught between Abstract Expressionism and Pop Art since he liked to use popular imagery and icons but his style was not flat like that of many pop artists.

Physical Description
An open cigar box with the lid showing. The open lid has six heads of figures, of them wearing tall hats and some with torsos. The text "Dutch Masters" is above their heads and behind them is more text that is made illegible by their heads. A row of cigars in the box is below the figures. Two in the middle have a decorative element. The front of the cigar box is visible and shows five figures' heads and torsos. To the right is the text again, "Dutch Masters." Both this piece and the oil on canvas version by the same title were created in 1963 so it is possible this one is a proof for the final edition.