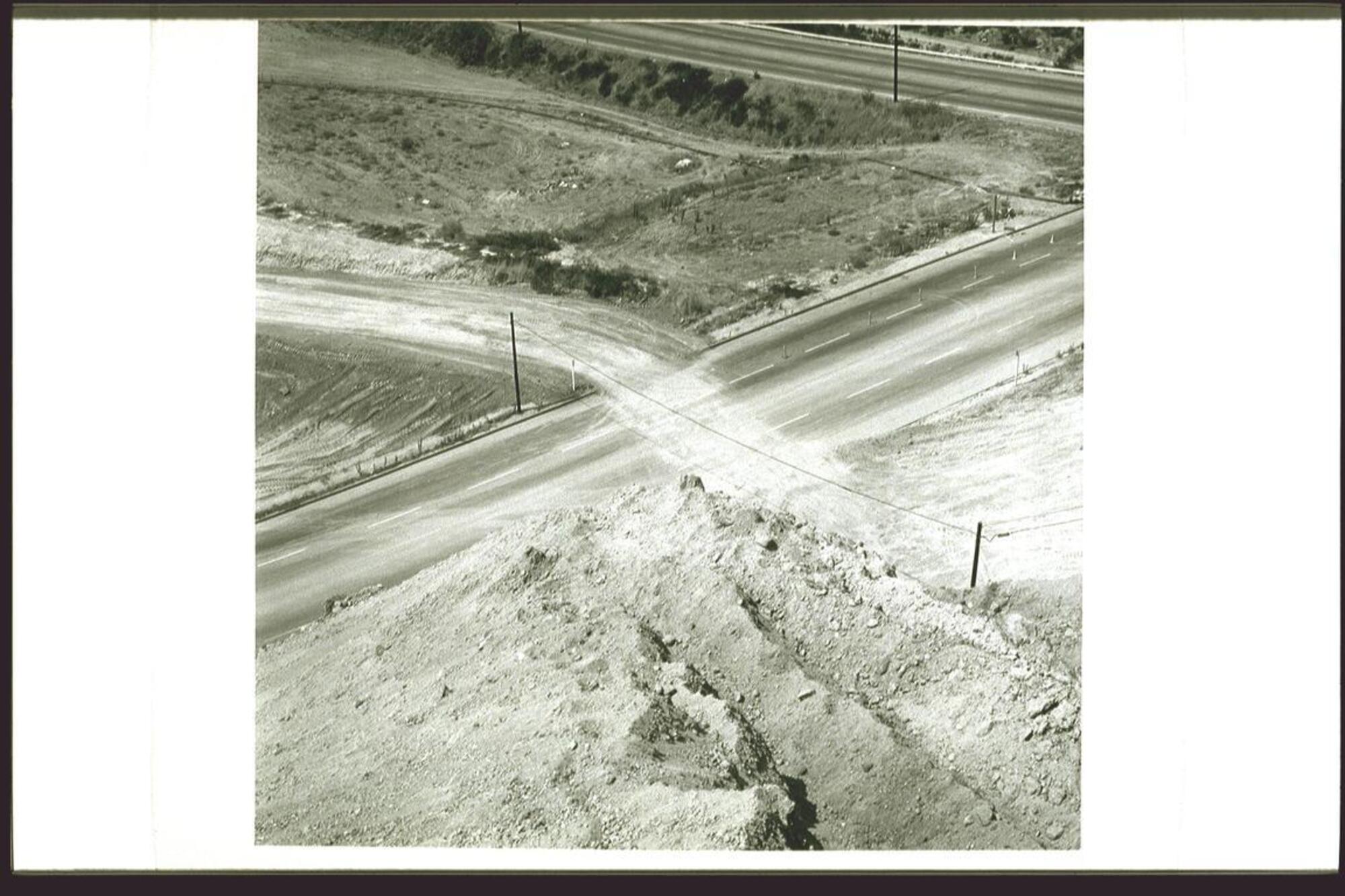 Physical Description
This is a black and white photograph of some roads seen from above, as if the viewer is standing on a nearby hillside. In the foreground, at the viewer's feet, is rocky, dusty soil. Below, the main road runs diagonally across the work and a smaller dirt road crosses it, leaving traces of dirt tracks to the other side of the road. The land is barren with very little vegetation and no vehicles are to be seen.