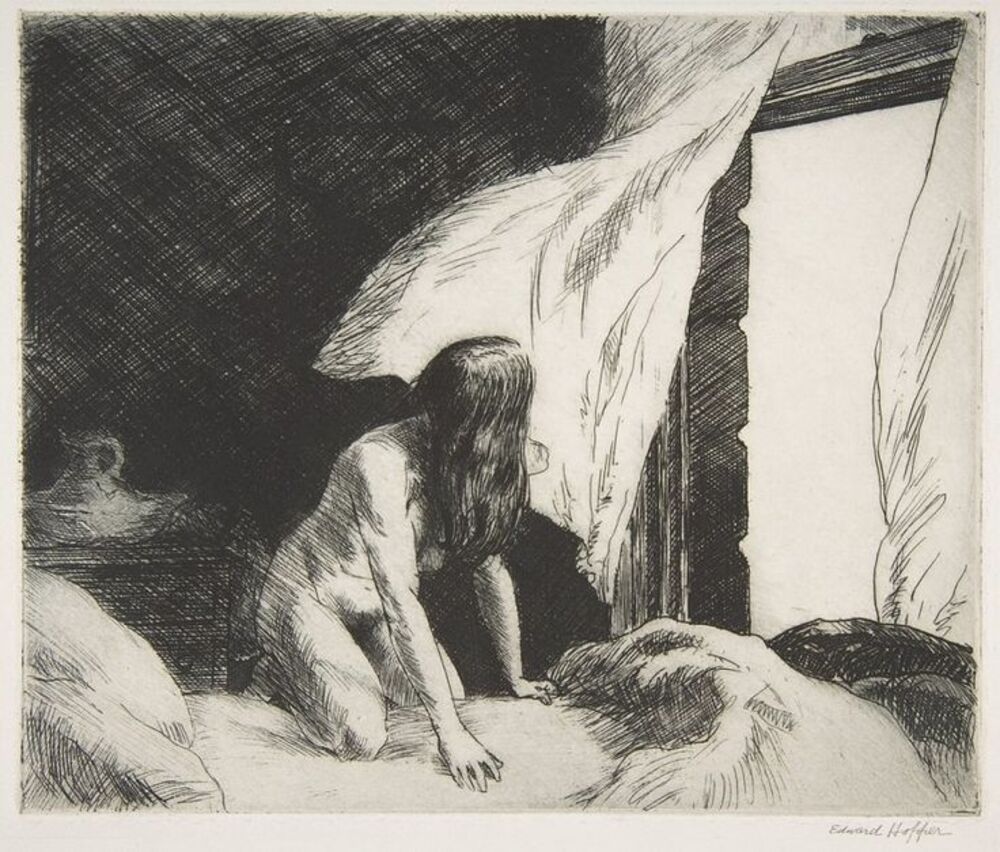 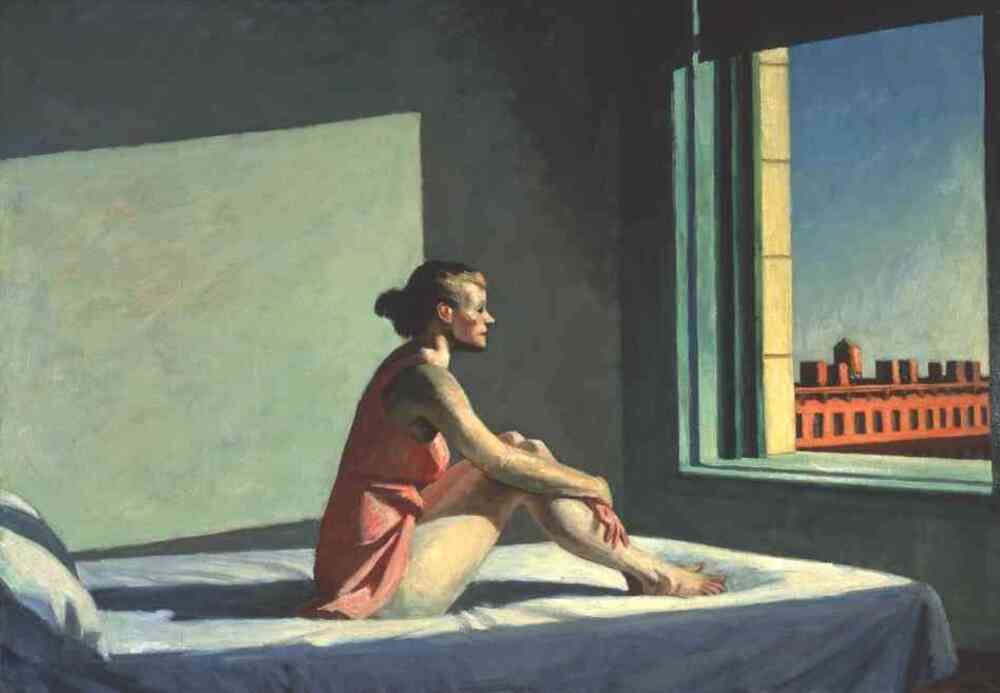 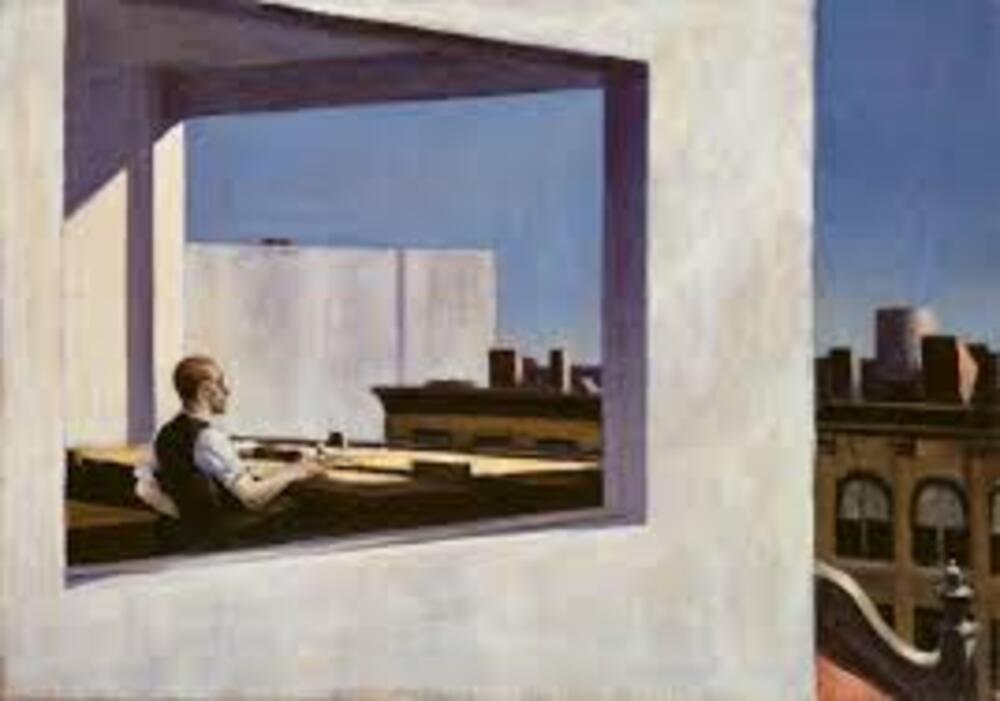 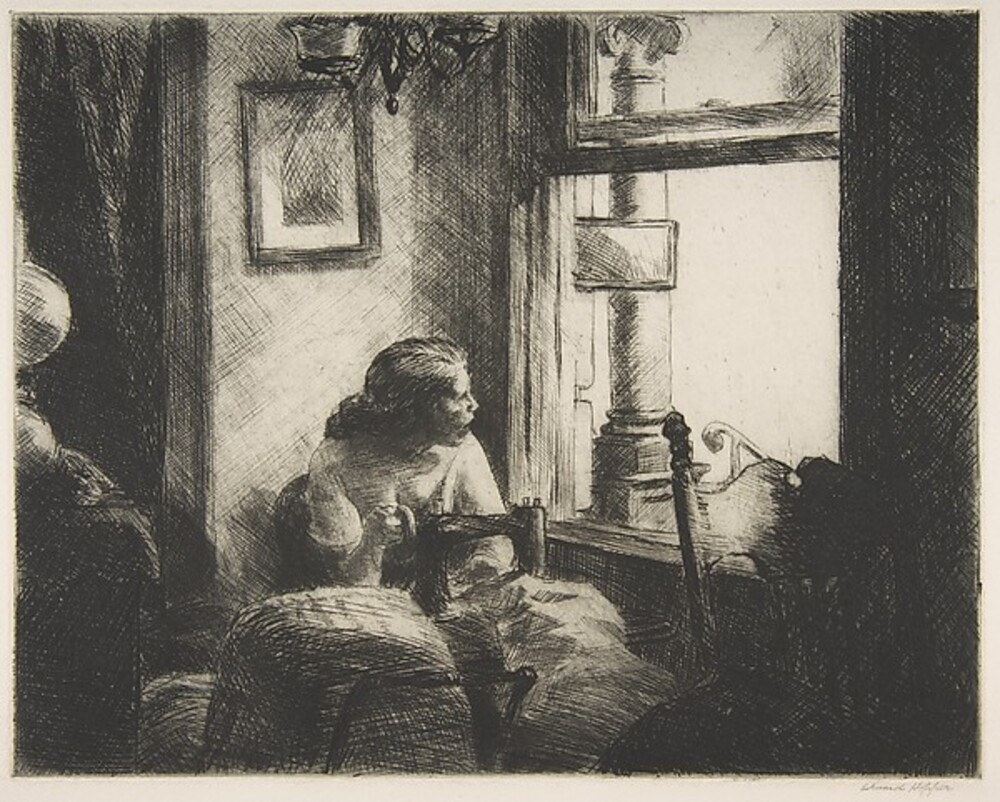 Edward Hopper’s East Side Interior was first exhibited in 1922, most likely at the Brooklyn Museum in New York in an exhibition by the Brooklyn Society of Etchers (New York Times, 24 Dec. 1922). The etching was tentatively praised as showing “positive promise” (M’Bride, 26 Feb. 1922) later that year, and was met with very positive reviews once prints were widely exhibited in 1923. The New York Times described East Side Interior as one of Hopper’s “best things”, praising the “workmanship” and “philosophy of seeing” evident in the print (Jewell, 11 Feb. 1923). The etching won prizes after Hopper submitted prints to the Art Institute of Chicago and the Los Angeles Museum in 1923, netting him $25 and the Mrs. William Alanson Bryan Prize for Best American Print from the Print Makers Society of California (Souter, 2012). A few years later, in 1928, East Side Interior still garnered praise from the New York Times (Jewell ,1928), which remarked that “the majesty of labor is well set forth” in the etching. In 1933, 11 years after its debut, the New York Times again praised East Side Interior as “lovely, poignant” (5 Nov. 1933). Critics regarded East Side Interior as a “fresh approach” to etching (Souter, 2012) and as one of Hopper’s best works in the medium (New York Times, 5 Nov. 1933).

Edward Hopper’s etching career began around 1915 and peaked in 1923, after which he transitioned into painting watercolors (Souter, 2012). Although Hopper eventually became most known for his later works such as Nighthawks (1942) and Gas (1940), It was etchings such as East Side Interior that gave him his first taste of fame. Hopper had spent years showing paintings in various galleries around New York, but these earlier works were almost universally ignored by critics and potential buyers (Souter, 2012). The success of East Side Interior and other etchings such as Evening Wind was thus instrumental in changing Hopper’s reputation as a mediocre artist to one worth noticing. These etchings played a key role in introducing the themes of voyeurism and loneliness that would eventually become characteristic of Hopper’s style, thus serving as a genesis point for the success of his later works. 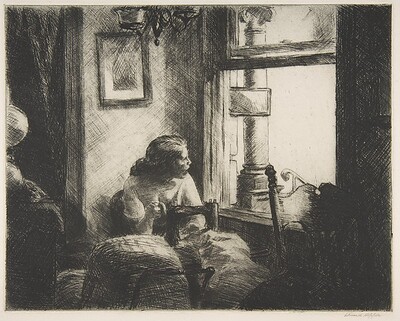 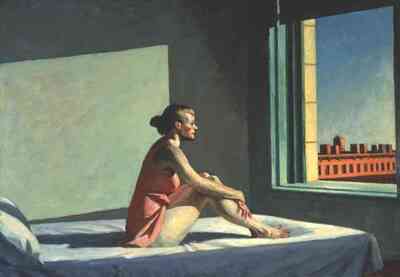 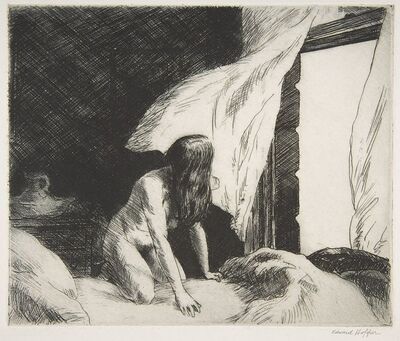 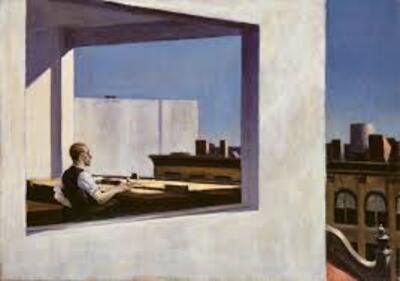