18 Items in this Learning Collection 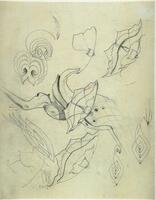 Collection Object
Element from a mosaic frieze, entrance hall of the H.O. Havemeyer House, New York (one of 10 elements)

Collection Object
Furrows, Plate V of a suite of five 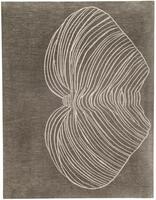 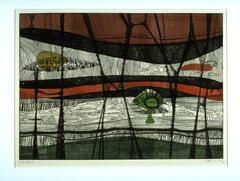 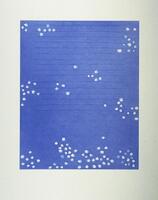 Collection Object
Vibrations, from "Earth Projects, A Suite of 10 Prints" 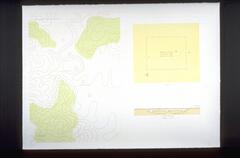 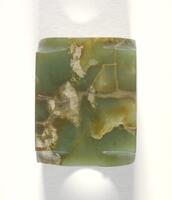 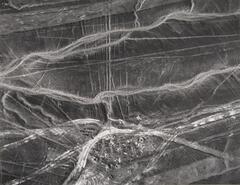 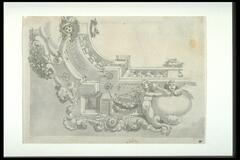 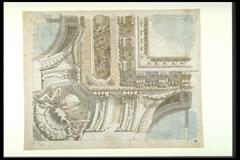 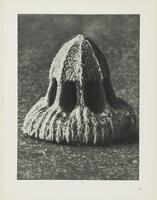 Vibrations, from "Earth Projects, A Suite of 10 Prints"

Title
Vibrations, from "Earth Projects, A Suite of 10 Prints"

Subject matter
This print is one of a series of ten works in a portfolio titled, "Earth Projects." They were pulled in the Detroit Workshop at the Common Ground of the Arts in Detroit during the summer and fall of 1969. Robert Morris stated, "They are organized around certain phenomena that can best be experienced outside... dust storms, earthquakes, plowed fields, sudden changes of temperature, Indian mounds, concrete dams, formal gardens, steam rising from city streets, natural disasters and aftermath, suburban hedges and gravel paths, burning industrial wastes storage dumps of vast quantities of materials...most of the projects would, if built, be of such a scale that the whole of the work could not be seen. This would allow the body [to explore the work] through walking rather than through an instantaneous visual impression." The immense scale of these projects often meant that the work’s overall structure or shape would be visible to the spectator only from a distance, while the experience in greater proximity to the work would necessarily be only partial. In Vibrations, for example, Morris proposed burying concrete slabs in the ground that would vibrate, unseen, when walked on, engaging the spectator’s sense of touch.

Physical Description
This lithograph on white wove paper is horizontally oriented with a grid of light gray lines on a white background. On the left side is a contour map with green areas and blue lines. There are five small squares in a diagonal row in the center portion of the map. On the right side there are two plans. The one on the bottom is a cross section diagram of a platform (??) under ground. The one above shows a yellow rectangle with a smaller rectangle formed by dotted lines within it. There are word labels throughout this work.