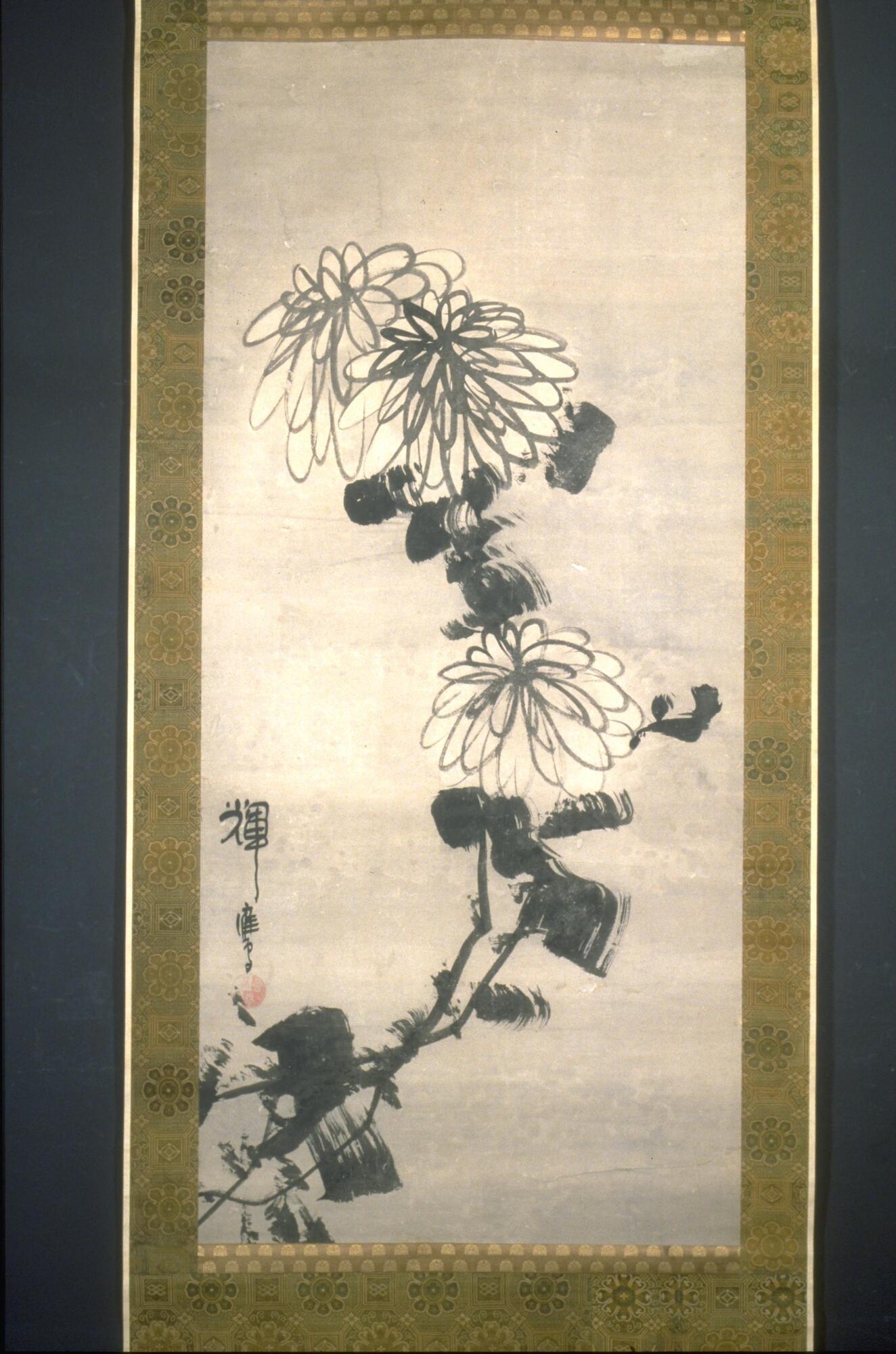 Subject matter
Soga Shōhaku was originally trained in the Kanō school, but is mostly known for his revival of Muromachi period (1333-1573) styles of ink painting that drew from Song (960-1279) and Ming dynasty (1368-1644) works that were imported from China at the time. His frenetic brush strokes seen in this painting are characteristic of his work writ large, and demonstrate his interest in the visual dynamism of medieval Japanese painting. Chrysanthemums are generally associated with the fall in both Japanese and Chinese painting traditions.

Physical Description
This hanging scroll depicts three white chrysanthemums. The flowers form a dynamic arc, and were executed with powerful, rapid brushstrokes. The contrast between the thin lines of the petals of the flowers and the dark thick strokes made with the side of the brush suggesting the leaves and stalks of the plants creates the main visual drama of the painting.