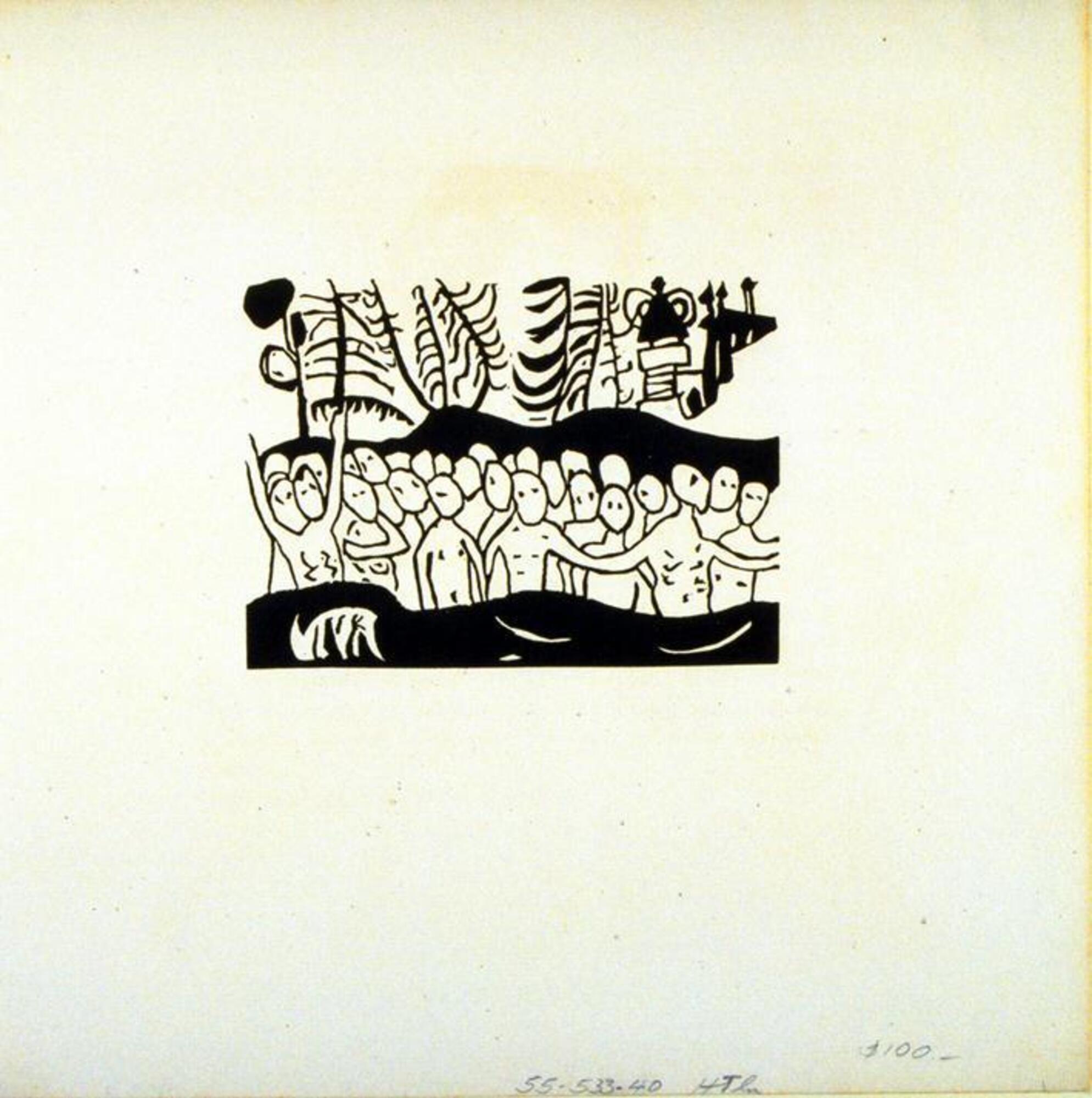 Label copy
Russian-born Wassily Kandinsky’s central role in Die Brücke shows that Expressionism was, especially before World War I, an international movement. Before moving to Munich to study art in 1896, Kandinsky studied Russian peasant law and ethnography. His interest in folk life, ritual, and myth is evident in much of his early work, which focuses on medieval imagery and images of rural Russia. Like many of the Expressionists, he romanticized folk cultures, juxtaposing what he regarded as their innocence and naiveté against the materialism and complexity of modern life and art.
In 1913, Kandinsky published Sounds, a collection of art, poetry, and prose revealing his desire to create art for the spiritual and cultural betterment of his audience. Baptism shows, with its Old Russian landscape and intimate throng of the newly faithful, the unadorned piety of simple folk at the moment of spiritual transformation
Text written by Katharine A. Weiss, Exhibitions Assistant, on the occasion of the UMMA exhibition Graphic Visions: German Expressionist Prints and Drawings, January 25–April 6, 2003, West Gallery

Subject matter
This print comes from an album/book Kandinsky created which was a combination of poetry-prose and woodcuts. The album, titled Klänge or "Sounds," was meant to be a "musical" work in which text and image combined to reveal what Kandinsky believed to be a true representation of art. All of the 56 prints in this album where created as woodcuts, a medium which Kandinsky believed to be a necessary means by which to combine the artistic and verbal qualities of his work. In this print Kandinsky represents a baptismal scene. Early in his career, Kandinsky was inspired by idealized visions of Russian folk-life and this scene represents what could be seen as a folk ritual.

Physical Description
This black and white woodcut shows a river running horizontally across it, whose banks are made of dark wavy lines. Between the banks is a crowd of naked people, drawn in simple outlines. In the background are several trees, as well as a building, perhaps a church with an onion dome.