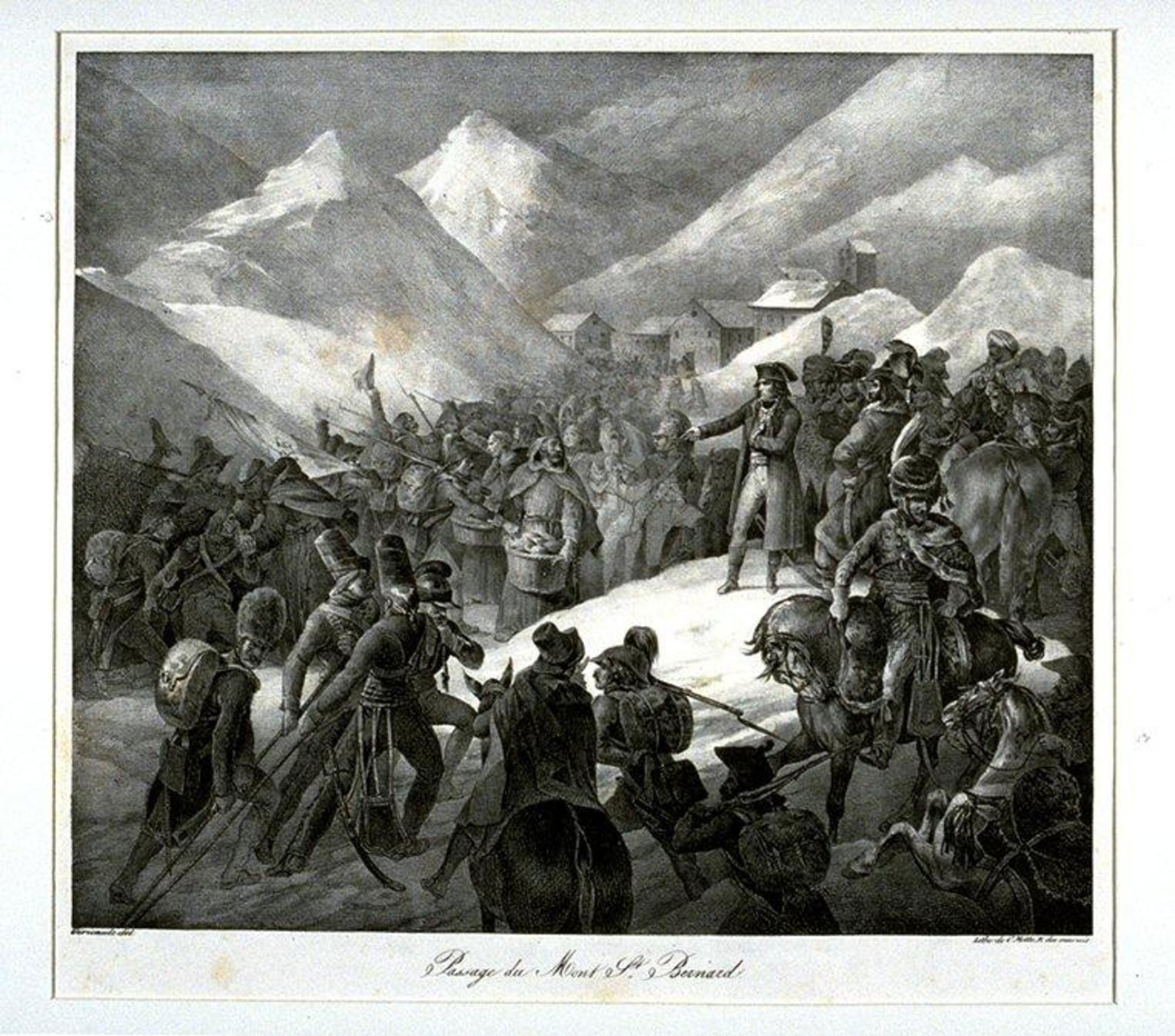 Label copy
Gallery Rotation Fall 2011
Théodore Géricault
France, 1791–1824
Napoleon at the
St. Bernard Pass
1822
Lithograph
Gift of Gilbert M. Frimet, 1986/2.80
Gericault, like other artists working in France at the time, gave form to the era’s burgeoning nationalism in heroic, neo-classical depictions of Napoleon Bonaparte (1769–1821), the larger-than-life commander of the Revolutionary Army and eventual emperor of France. In this image, the artist depicts Napoleon addressing his troops at the famous St. Bernard Pass in the Alps. The composition carefully focuses the viewer’s eye on the strong commander, who stands on a brightly lit rise of land. Even the peaks of the distant mountains echo the line of Napoleon’s right arm as it extends towards his men.

Subject matter
Many French artists were attracted to the larger-than-life career of Napoleon Bonaparte, including Géricault. In May of 1800, Napoleon's army of more than 40,000 crossed the Alps at the St. Bernard Pass to attack Austrian forces in Napoleon's Second Italian Campaign. Géricault creates an image of a caring commander, with resonances of Christ's miracle of the loaves and fishes, as he directs the distribution of food to his men.

Physical Description
This black and white print shows a winter mountain scene with steep snow covered peaks and a compound of buildings in the pass between them. There is a large crowd of soldiers, some on foot and some on horseback, who are gathered around their commander. He stands on a snowy rise and points to a friar who holds a basket of bread. Other friars walk among the foot soldiers to distribute bread. There is French writing below the scene that identifies the title, artist and publisher of the print.