John Grogan, A Patriot and His Dog, Ireland 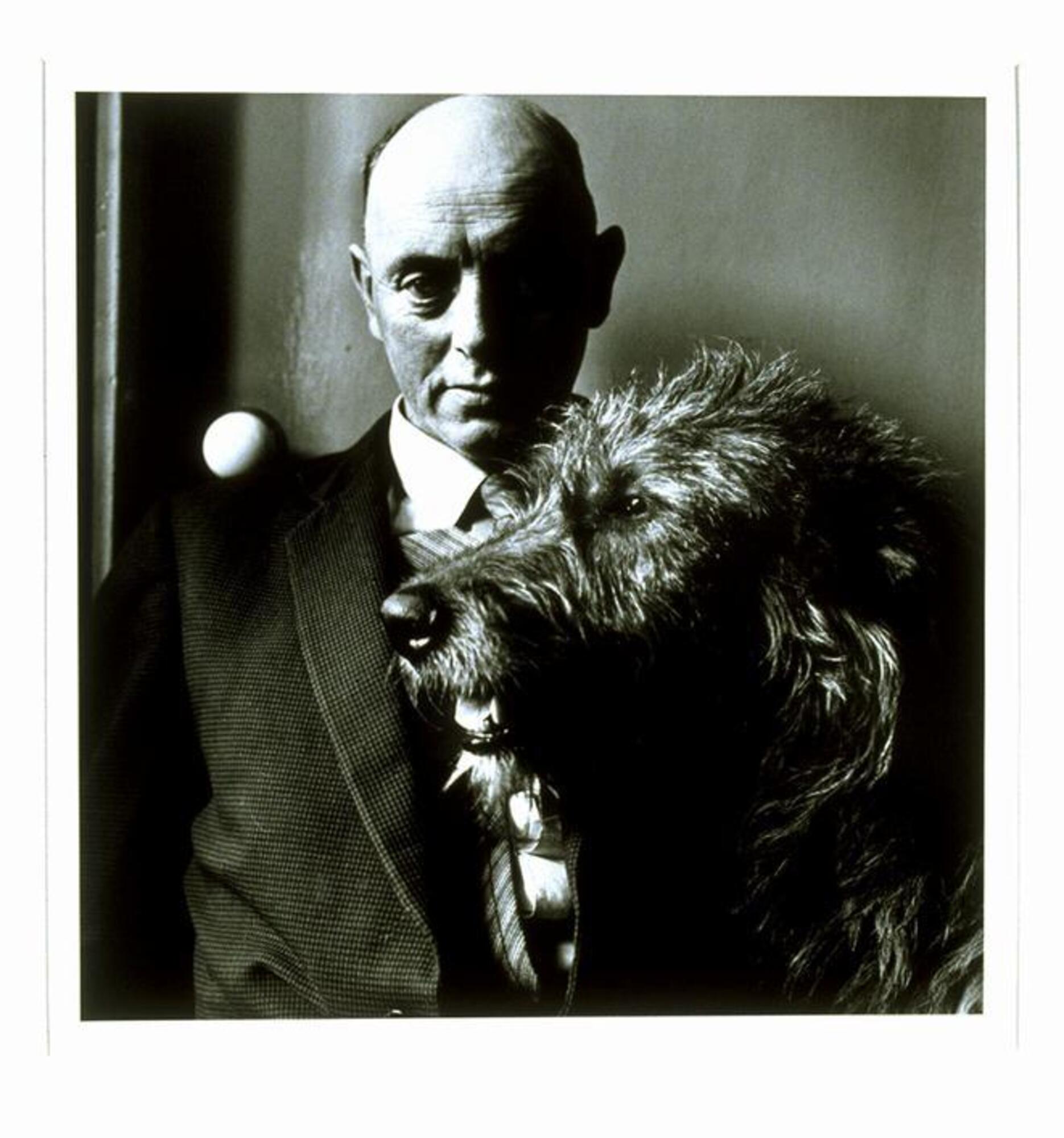 Title
John Grogan, A Patriot and His Dog, Ireland

Subject matter
This photograph is a chest-level shot of a seated man and his dog. Set inside a domestic scene, the pair sit presumably by a window, the light from which illuminating the man's right side. The man is middle-aged, clean-shaven and bald, and wears a tweed suit. His countenance is contemplative, his brow lightly furrowed and his introspective gaze slightly downcast. The man’s dog is seated in front of him. Facing perpendicular to his line of sight, it gazes past him out the window, its mouth slightly open and tussled hair crisply depicted in the diffused light. On the left, over the shoulder of the man appears a white orb, which could be a fashioning of his chair. The light on the orb echoes the light and shadows draped across both the man and the dog’s faces. The title of this work identifies the man as being a patriot, a reference to his republican and nationalist political leanings during the period of Irish history known as “The Troubles.”

Physical Description
This photograph depicts a middle-aged man in a suit seated with his dog. The two figures sit inside a domestic space.