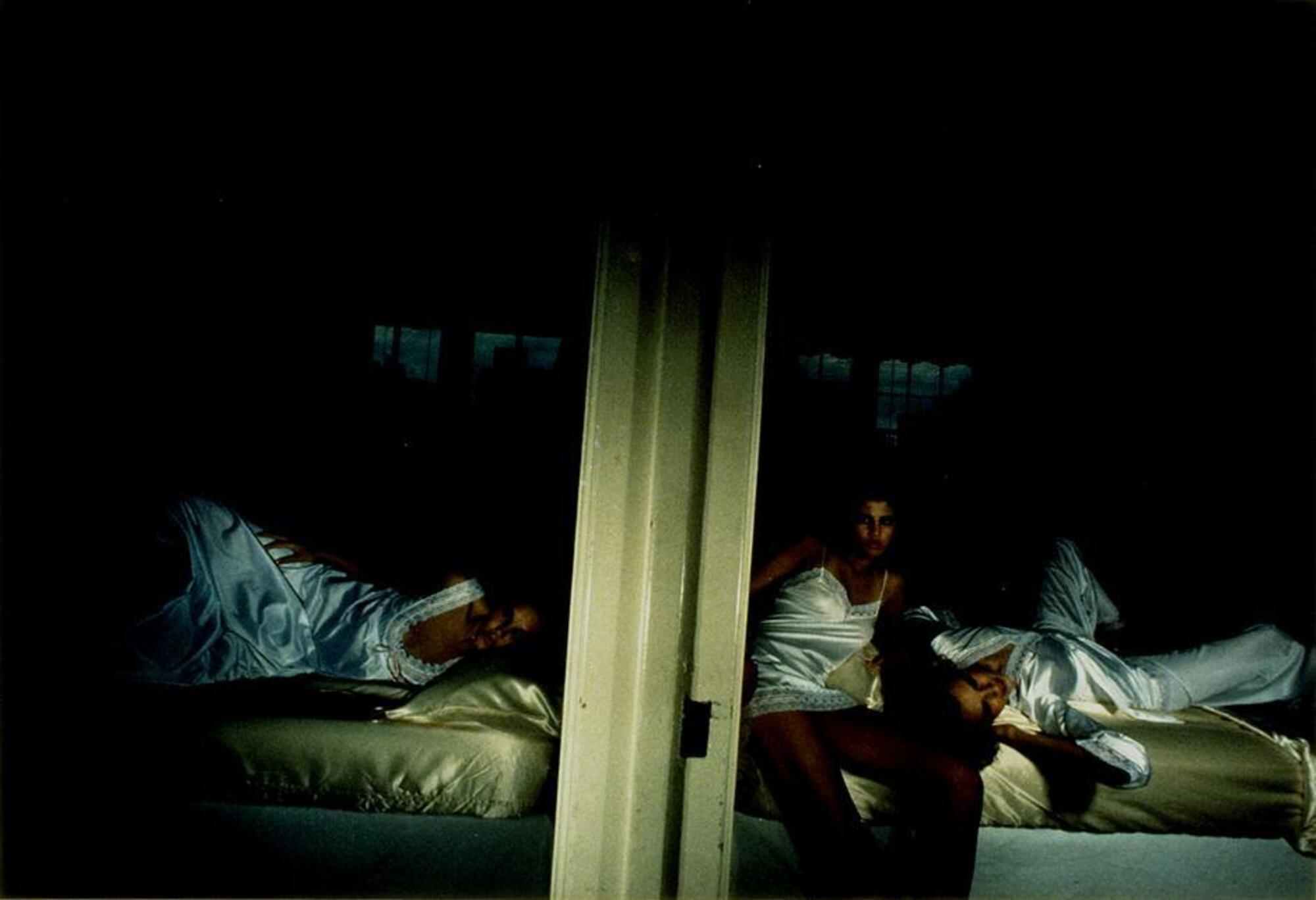 Physical Description
This work is a color photograph of three women in satin night wear reclining on two adjacent mattresses, which are fitted with satin sheets. The photo plane is divided by a door frame, so that the viewer can see into two living spaces. The door frame cuts through the center of the image, which would have been at the centerfold, a formal device frequently employed in Bourdin's work.