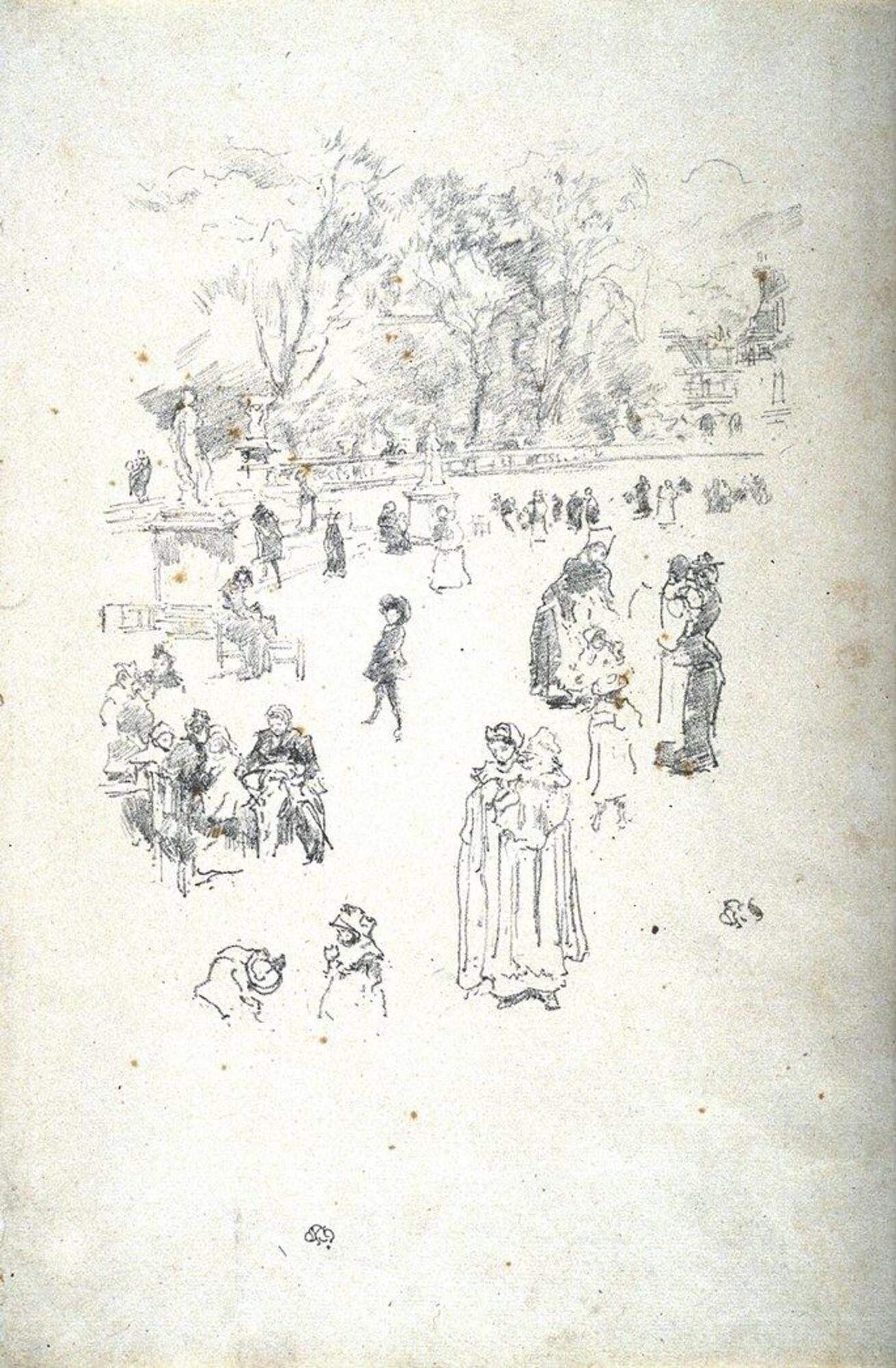 Label copy
Nursemaids: “Les Bonnes du Luxembourg”
1894
Transfer lithograph
Second state of two (Way 48; Chicago 81)
Bequest of Margaret Watson Parker, 1954/1.443
During the time that Whistler spent in Paris in the early 1890s, he worked in lithography and etching, in several instances rendering the same subject in both media. This is often the case with his views in the Luxembourg Gardens that feature groups of women and children, shown either on the terrace overlooking the gardens or along the paths bordering the large basins and fountains. For this lithograph, Whistler executed a nearly identical etched scene that incorporates the same arc of pathway, though oriented in the other direction due to the reversal of the image that occurs when printing etchings.
The formal arrangement of the Luxembourg Gardens’ statuary, trees, and walkways provided Whistler with a visual structure against which to situate his figures. He used the untouched paper to evoke the white gravel walk surrounding the large basin. Images of women and nursemaids attending young children provide a touching domestic character to these scenes in a large public garden.

Subject matter
The Luxembourg Gardens were an easy walk for Whistler and here he depicts the activities of children with their nannies or mothers on the terrace that surrounds the basins in the center of this Parisian park.
Whistler employs the untouched portions of paper to represent the gravel walks on which the figures are arranged, recalling the flat passages of color that he admired in Japanese woodblock prints.

Physical Description
A scattering of figures, mostly women and young chidren, occupy the foreground and middle ground of the image. In the distance are several sculptures and urns framed by a curving balustrade with trees and some buildings behind.

Exhibition Objects from On Beauty and The Everyday: The Prints of James McNeill Whistler
(Part of 2 Learning Collections)
Bequest of Margaret Watson Parker