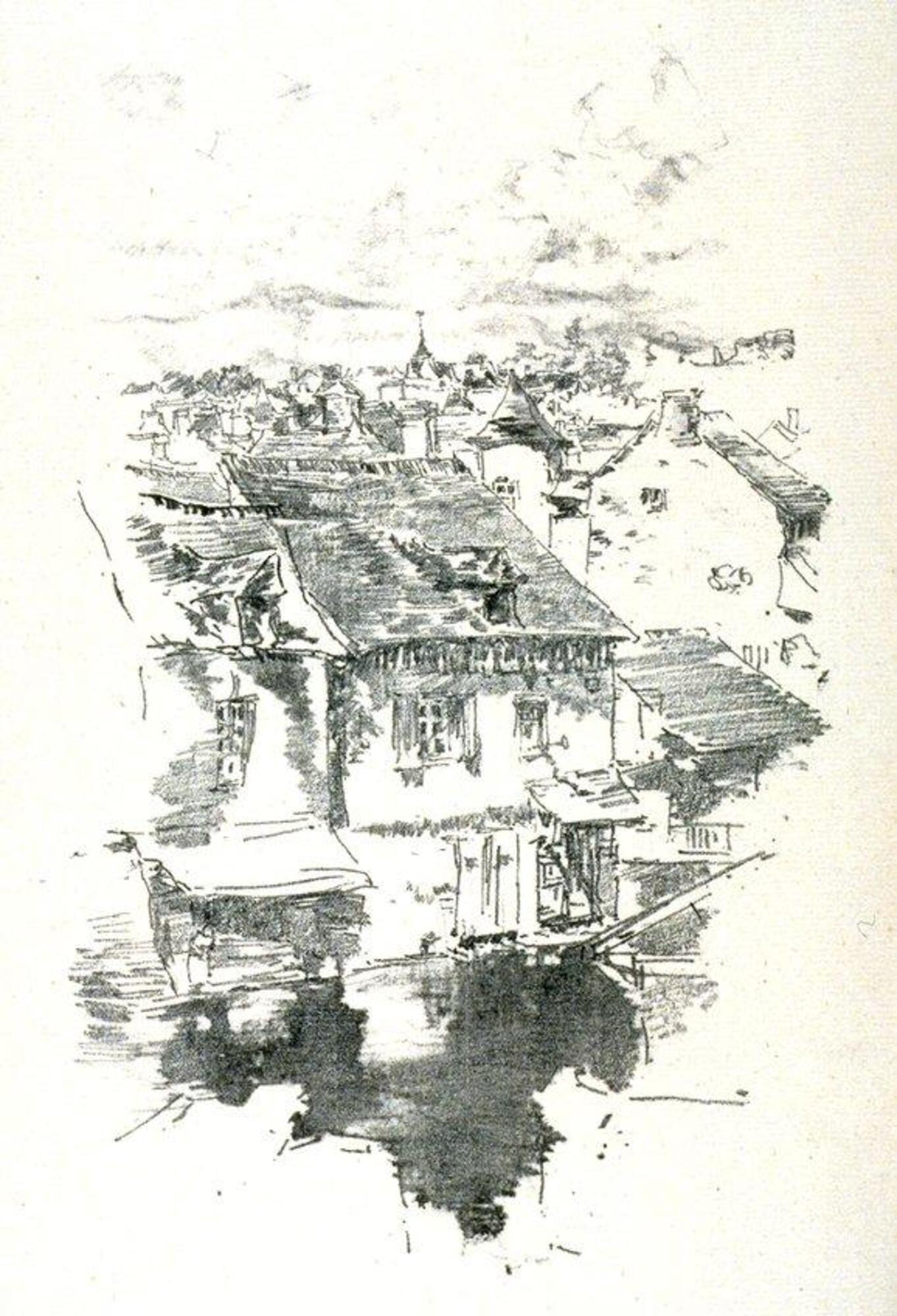 Label copy
Vitré—The Canal
1893
Transfer lithograph with stumping
Only state (Way 39; Chicago 63)
Bequest of Margaret Watson Parker, 1954/1.435
The Whistlers traveled to Brittany during the summer of 1893, and the lithographs that resulted from that trip were among the artist’s most innovative. Vitré was one of the first in which he experimented with soft crayons and very fine-grained transfer paper in conjunction with stumping. The capacity of stump to further soften lines allowed Whistler to create delicate tonal ranges in lithography that correspond to the soft networks of minute lines that characterize his Amsterdam etchings.
When the drawing arrived in London, the printer Way and his associates were surprised to see this use of stump on lithographic paper and doubted that it could be successfully transferred to a stone. Whistler, too, feared that the image was too amorphous and would appear “coarse” when transferred. The Ways, however, were able to capture all the subtlety and nuance of Whistler’s drawing and he was delighted with the results. After this first success, Whistler often incorporated stump in his lithographs.

Subject matter
During the 1893, the Whistlers made several trips to Brittany and the Low Countries. This transfer lithograph is an early example during which the artist incorported stump in his lithographs. The town of Vitré is shown from a high vantage point and is one of a group of architectural views he executed during this trip to Brittany.

Physical Description
A French town, with houses along a canal or river in the foreground extends in the distance showing rooflines and towers under a blustery sky.