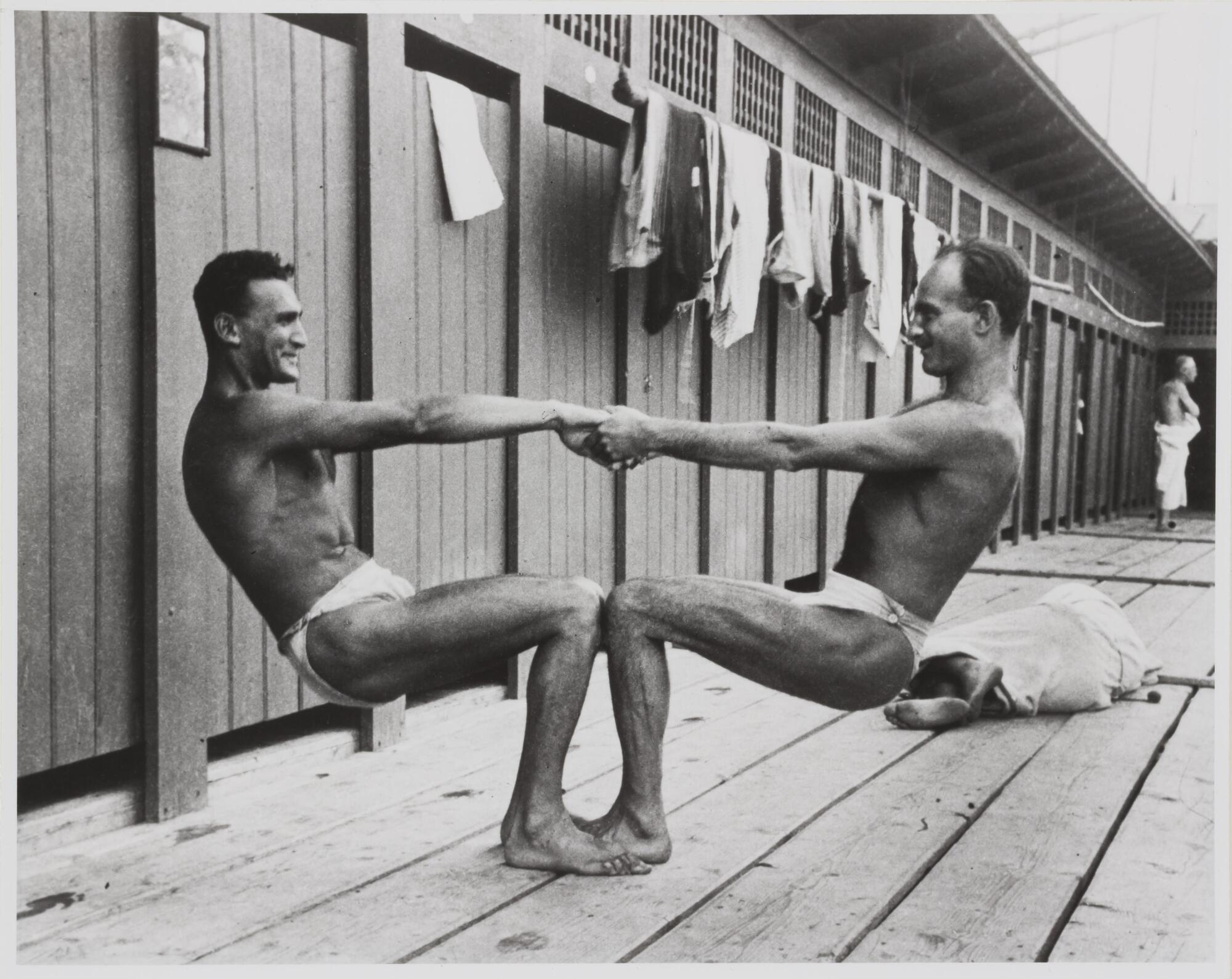 Subject matter
This photograph shows two men in bathing suits engaged in calisthenics, using their conjoined hands and connected knees to stretch as they pull away from each other. The scene appears to take place in public bath or sauna, judging from the clothing and towels hanging on the wall and the man wearing a towel in the background. Just behind the stretching men, another man in a towel or similar garment lies face down on the floor, a pose that might be alarming were it not for the lighthearted smiles on the faces of the athletes in the foreground. This image was included in a portfolio of 15 photographs entitled "A Hungarian Memory," which was published by Hyperion Press in 1980.

Physical Description
Photograph depicting two men engaged in calisthenics, using their joined hands and connected knees to pull away from each other. In the background a man lies on the same wooden deck, while another man clothed in a towel can be seen in the background of the image.