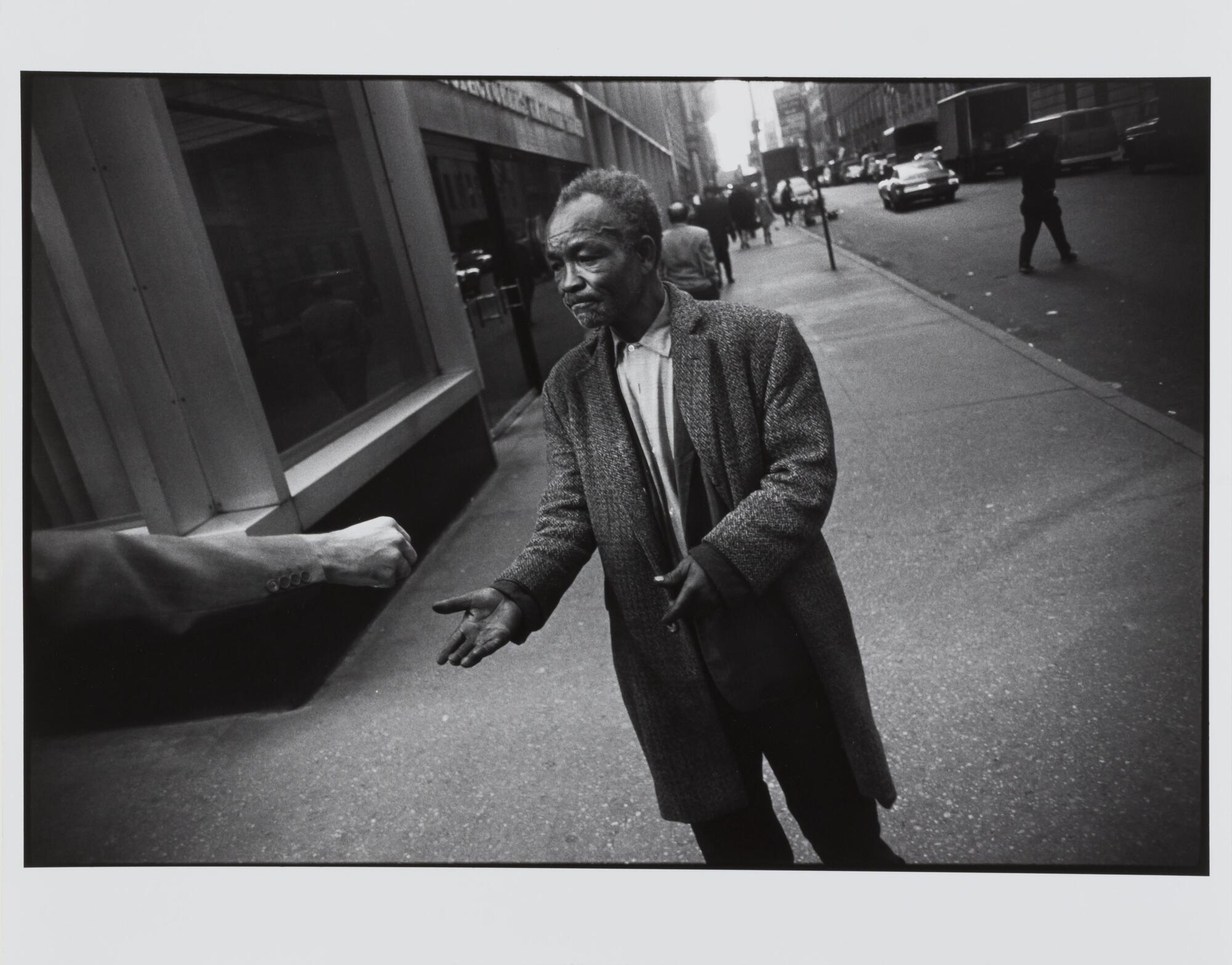 Label copy
A striking feature of Winogrand's composition is the tilted framing, implying that the artist went for the shot almost on impulse rather than through calculation. In this image of a panhandler, the man accepts a coin from a figure, unseen at the left. The beggar's dignity is tinged with resignation, but his solitary position within the frame of the camera ennobles the figure with a monumentality that would not be evident to other passersby.
Carole McNamara, Assistant Director for Collections & Exhibitions
on the occasion of the exhibition New York Observed: The Mythology of the City
(July 13 – September 22, 2003)

Subject matter
This photograph depicts a view down a long street in New York City. In the center of this image stands a man with his hands outstretched. From the left side of the frame, an unseen figure’s arm extends towards the man, the fist presumably holding some coins. The tilted angle at which the image was created adds a dynamism to the composition, accentuating the anticipation of the transaction frozen in time.

Physical Description
This photograph depicts a view of a man accepting a coin from a passerby on a city sidewalk.