Genji and the Young Damsels (Right-hand sheet of a triptych), from the series of "Popular Stories of Prince Genji" (Furyu Yatsushi Genji): Wakana no jô (chapter 34) 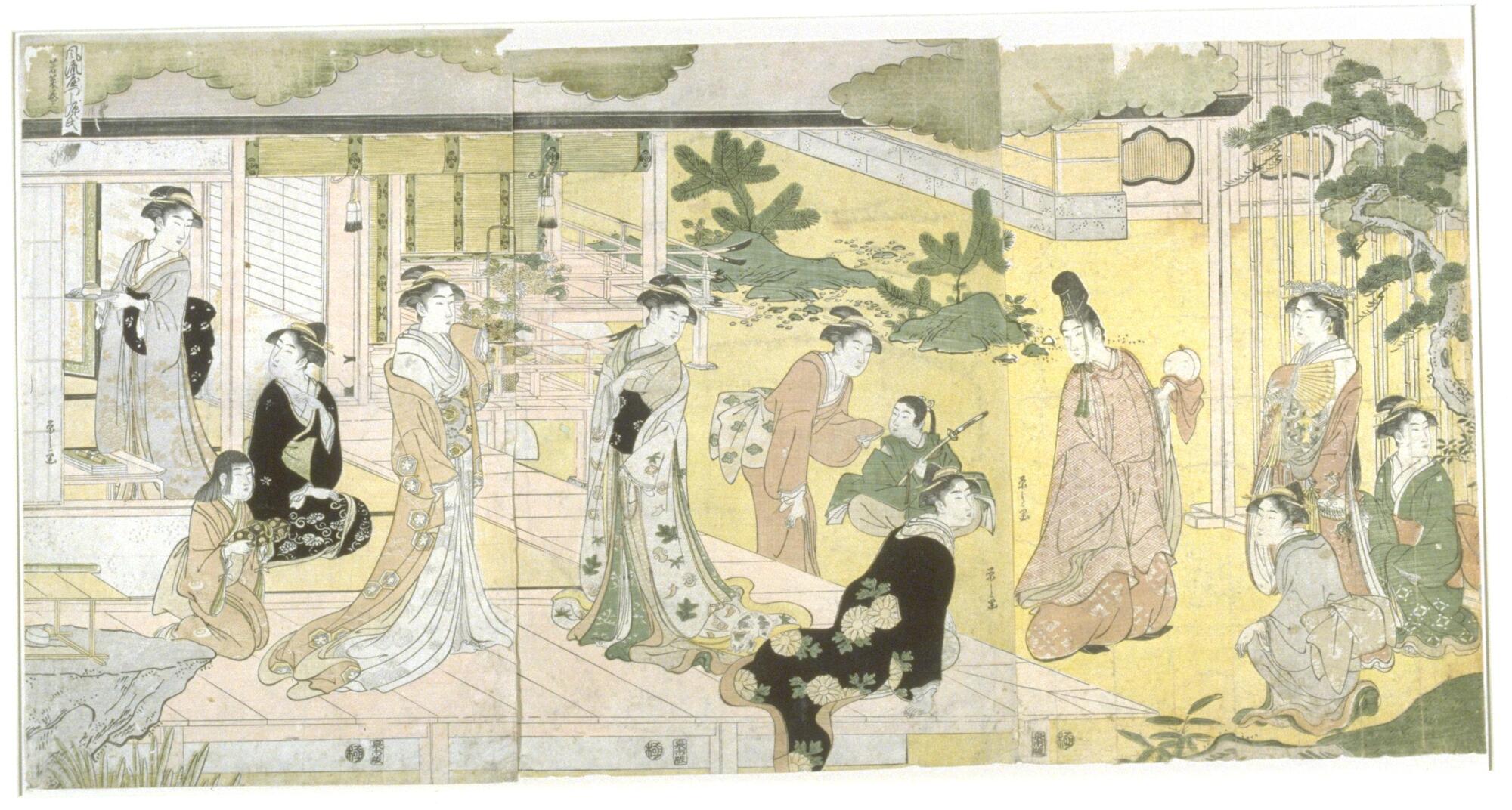 Title
Genji and the Young Damsels (Right-hand sheet of a triptych), from the series of "Popular Stories of Prince Genji" (Furyu Yatsushi Genji): Wakana no jô (chapter 34)

Medium & Support
color woodblock print on paper, one of triptych

Label copy
The painter and print designer Hosoda Eishi was best known for his images of the courtesans of Edo. As was common at the end of the eighteenth century, he often designed prints in large series as a subtle way to persuade the public to buy more of his work. For the series “Stylish Genji Disguises,” Eishi created fifty-four scenes, one for each chapter of the novel. Each triptych depicts a male dressed in ancient court robes (contemporary with the period when the novel was written), while the female characters are garbed in the most up-to-date urban fashions.
This particular image relates to a moment in the thirty-fourth chapter of The Tale of Genji when a young courtier playing kickball with his friends falls hopelessly in love with a princess, whom he has glimpsed through the blinds. Eishi expects his viewers to know the tale and understand his playful reversal of gender roles: instead of several men engaged in athletic activity, now there is only one, who stands forlornly with his ball in his hand; and instead of his stealing a glimpse of a shy, hidden maiden, he is surrounded by women, several of whom are eyeing him.
Maribeth Graybill, Senior Curator of Asian Art
Exhibited in "Stories from the Past: Narrative in Asian Art"
January 24–July 25, 2004