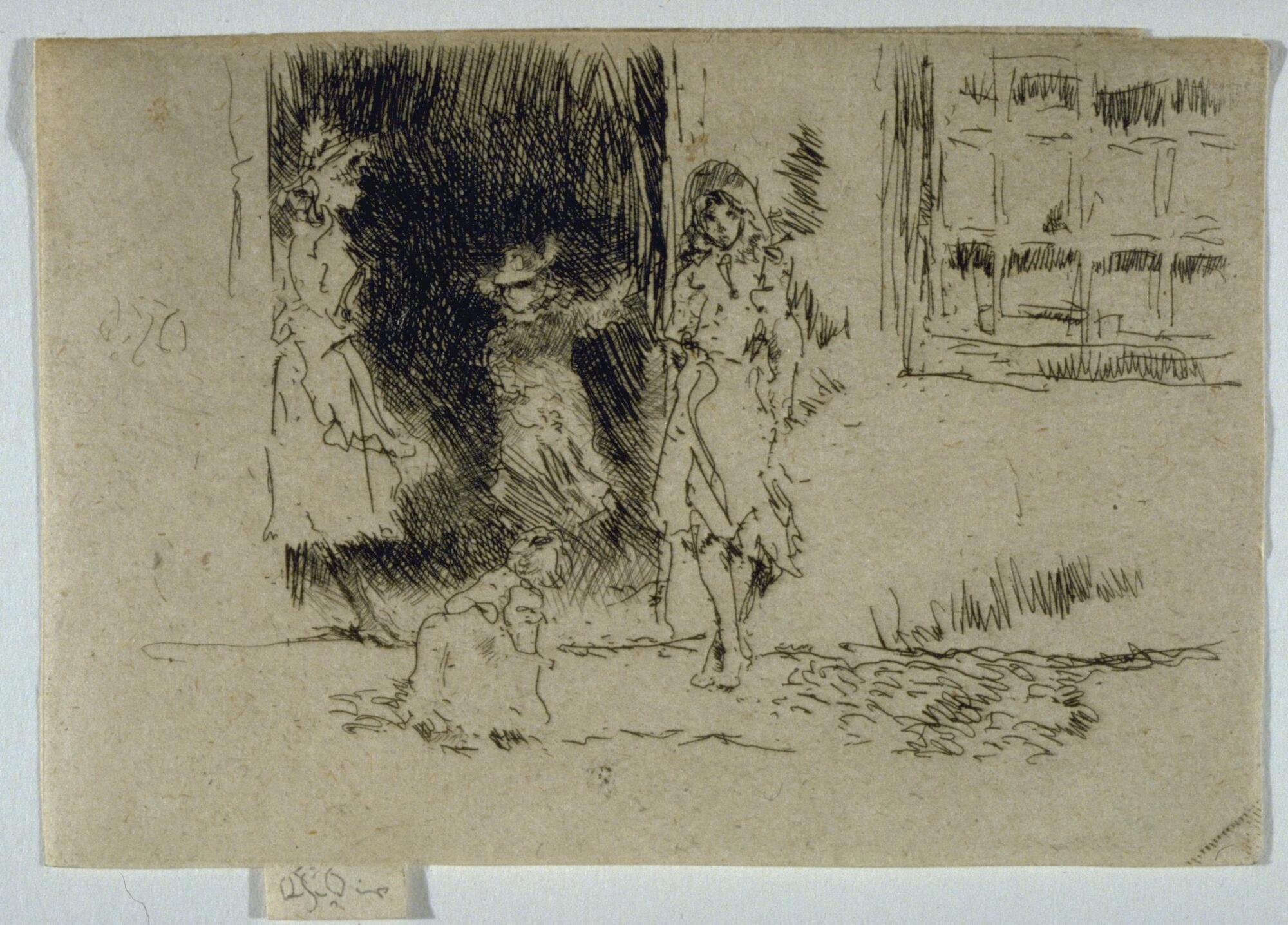 Label copy
Cottage Door
circa 1884–86
Etching
Second state of two (Kennedy 250)
Bequest of Margaret Watson Parker, 1954/1.395
In this scene of children in the doorway of a cottage, the recurring motif of figures in a darkened doorway is infused with an intimacy of subject and scale; the image has all the verve of a quickly captured sketch. The small size of the plate and the near view are complemented by the shapes of the doorway, street, and window: the loosely drawn girls lounging at the threshold contrast with the rectangular structures, which bring the viewer into a close encounter with the figures.

Subject matter
During the 1880s, Whistler focused on depicting street-scapes, both views of shop fronts and facades and works, such as this, which seem to capture a smaller fragment of that larger subject. Often, Whistler filled the image with architecture, eliminating the sky and building the composition on the visual structure provided by windows and doorways. Here three girls lounge before a darkened open doorway. This site has been indentified by the Glasgow catalogue raisonné as being in Cumberland in north-west England that Whistler visited in August of 1886.

Physical Description
Four girls stand in, adjacent to, or in front of a dark open doorway. The doorway is cropped at the top, focusing on the figures. To the right is the partial view of a window.