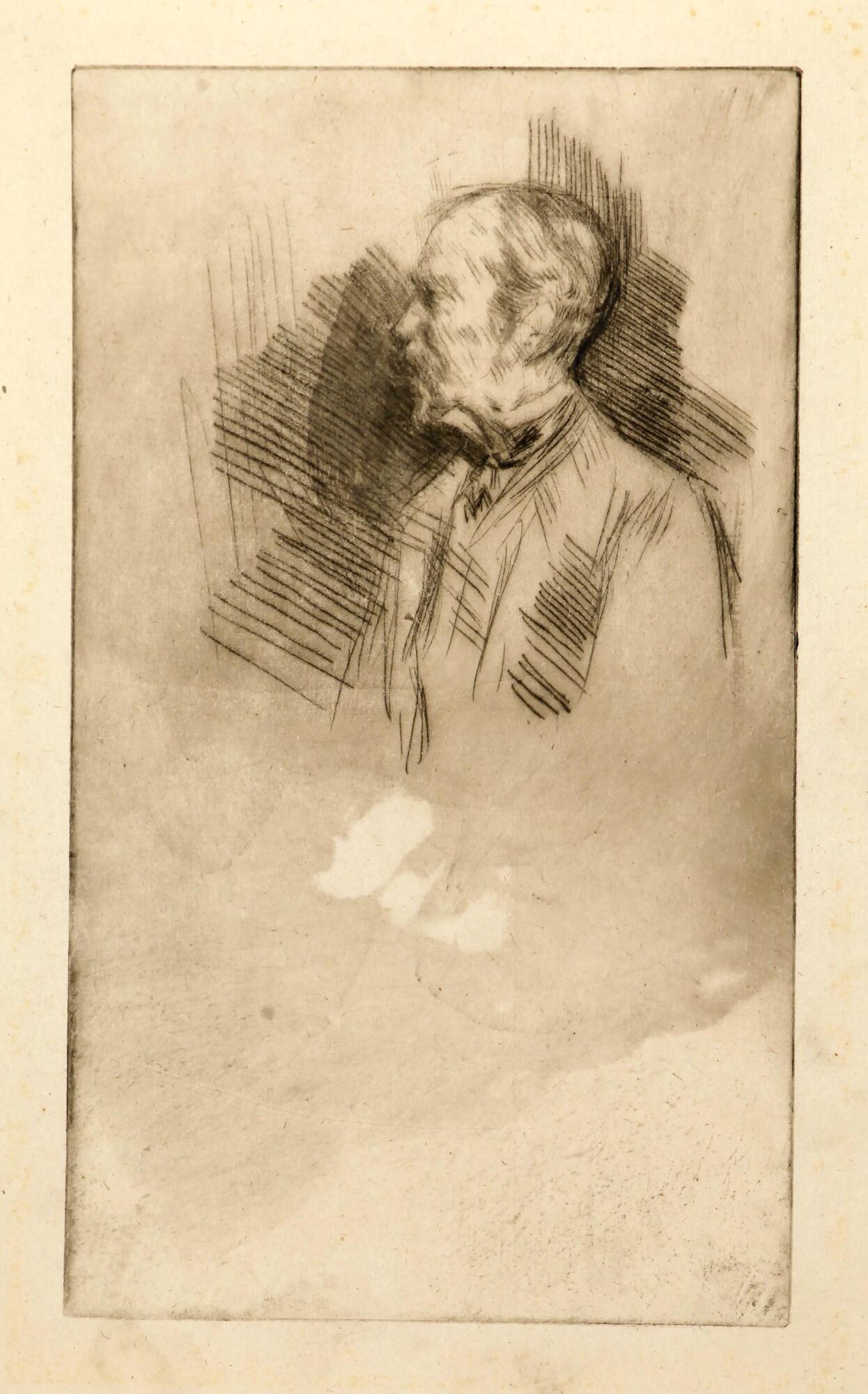 Label copy
Lord Wolseley
circa 1877
Drypoint with ink wash
Undescribed state between second and third of four (Kennedy 164)
Bequest of Margaret Watson Parker, 1954/1.365
Viscount Garnet Joseph Wolseley was a field marshal in the British army and had served in the Crimean War and the Indian Mutiny, as well as in Sudan, Burma, and China. During the 1870s, he was one of the group of people whom Whistler invited to his Sunday morning “American breakfasts”—a gastronomic and social event that had no equivalent in British traditions. On these occasions, Whistler sometimes sketched his guests, as he did Lord (then Sir) Wolseley, making this a rare example of an etching executed during a social event at the artist’s house.
This extremely rare impression is an intermediate state between the second and third previously unrecorded by scholars. In it Whistler has added ink wash behind the figure’s head to indicate how the plate should be changed in the next state, making it a unique touched proof and demonstrating Mrs. Parker’s discriminating eye and interest in securing exceptional or unusual impressions.

Subject matter
Viscount Garnet Joseph Wolseley (then Lord Wolseley) was a field marshal in the British army and had served in the Crimean War and the Indian Mutiny, as well as in Sudan, Burma, and China. He was among the distinguished celebrities and other guests to Whistler's American breakfasts (akin to brunch).

Physical Description
A distinguished looking man sits in a bust-length, three-quarter view, his face turned to straight profile, facing to the left. He has a moustache and goatee and a high collared shirt.