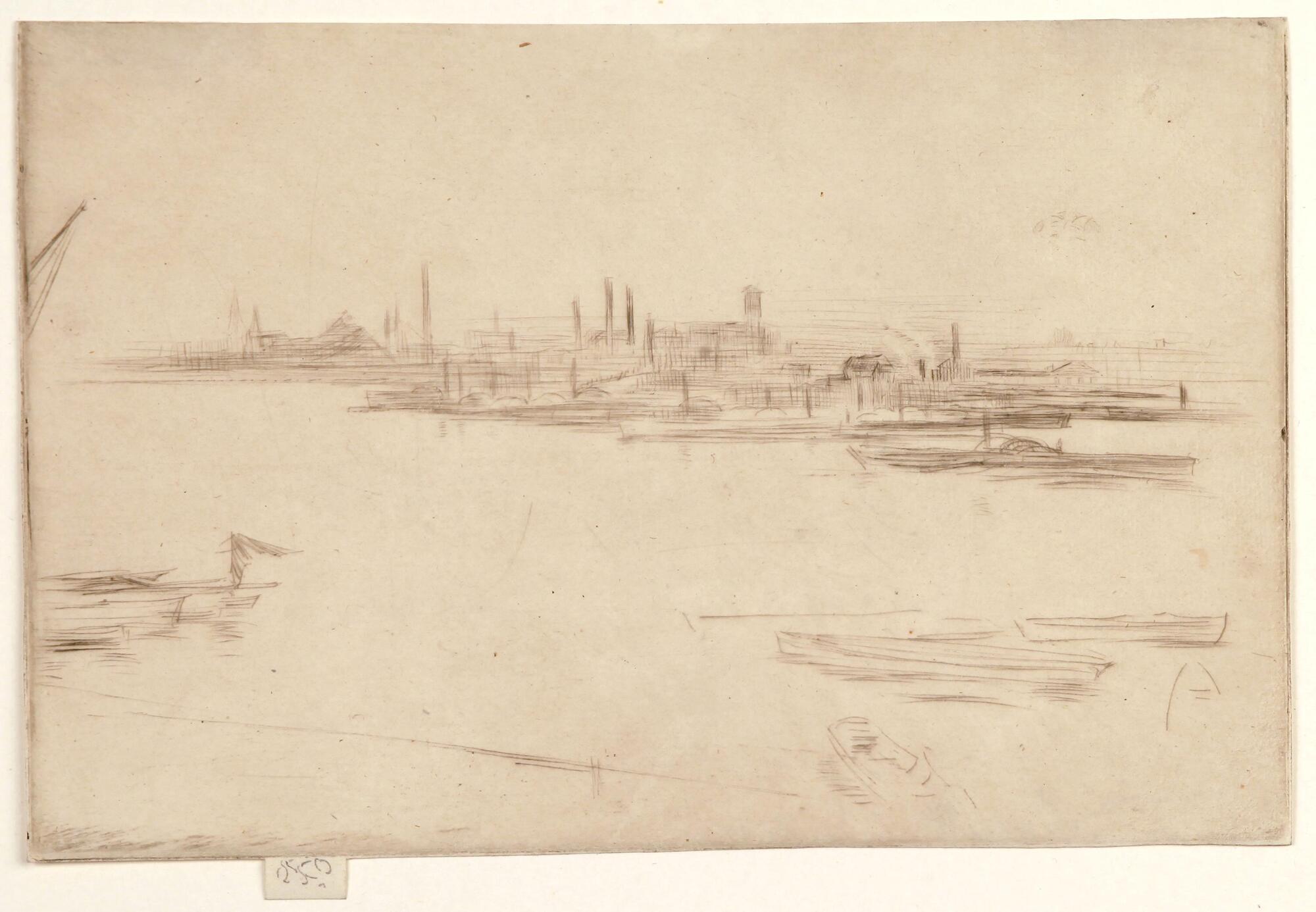 Label copy
Battersea: Dawn
1875
Drypoint
First state of four (Kennedy 155)
Bequest of Margaret Watson Parker, 1954/1.362
In his Chelsea neighborhood, Whistler had extensive views of the Thames. The mists that could cloak buildings along the river at any time offered him a more poetic vision of the Thames, and his nocturnes—views of the river at dawn or dusk—are a more tonal response to it than the works of the Thames Set. Battersea: Dawn is a drypoint depiction of the Thames at this liminal time of day, capturing the scene with some of the most delicate lines Whistler ever attempted.
Drypoint lines are rich and soft in character, but they also produce high contrast through the creation of dark black areas with a velvety quality. Here Whistler exploits the first characteristic of drypoint while suppressing and controlling the second. In this muted, evanescent view of the river enveloped in morning fog, he retains the soft burr of the drypoint line—the better to capture the moment when early light allows objects to assume shape and mass—while minimizing drypoint’s usual strong contrasts, capturing the scene with feathery, delicate lines suggestive of the wet atmosphere of a riverside dawn.

Subject matter
Whsitler's home in Chelsea afforded him with views such as this looking towards the commercial portions of Battersea, across the Thames. Whistler favored depicting the river at transitional times of day: dawn, dusk, nighttime because the reduced lighting suggested a poetic beauty, even of warehouses, that broad daylight did not. Here, at dawn, Whistler captures the moment when the shape and mass of objects just begins to coalesce and take on substance.

Physical Description
A stretch of water in the foreground and middle ground leads to a horizontal distant shore that is composed of a series of horizontal stepped recessions. The buildings on the far shore appear to be industrial buildings, with many smokestacks. At the bottom of the image are some lightly drawn boats.