A Trophy of War 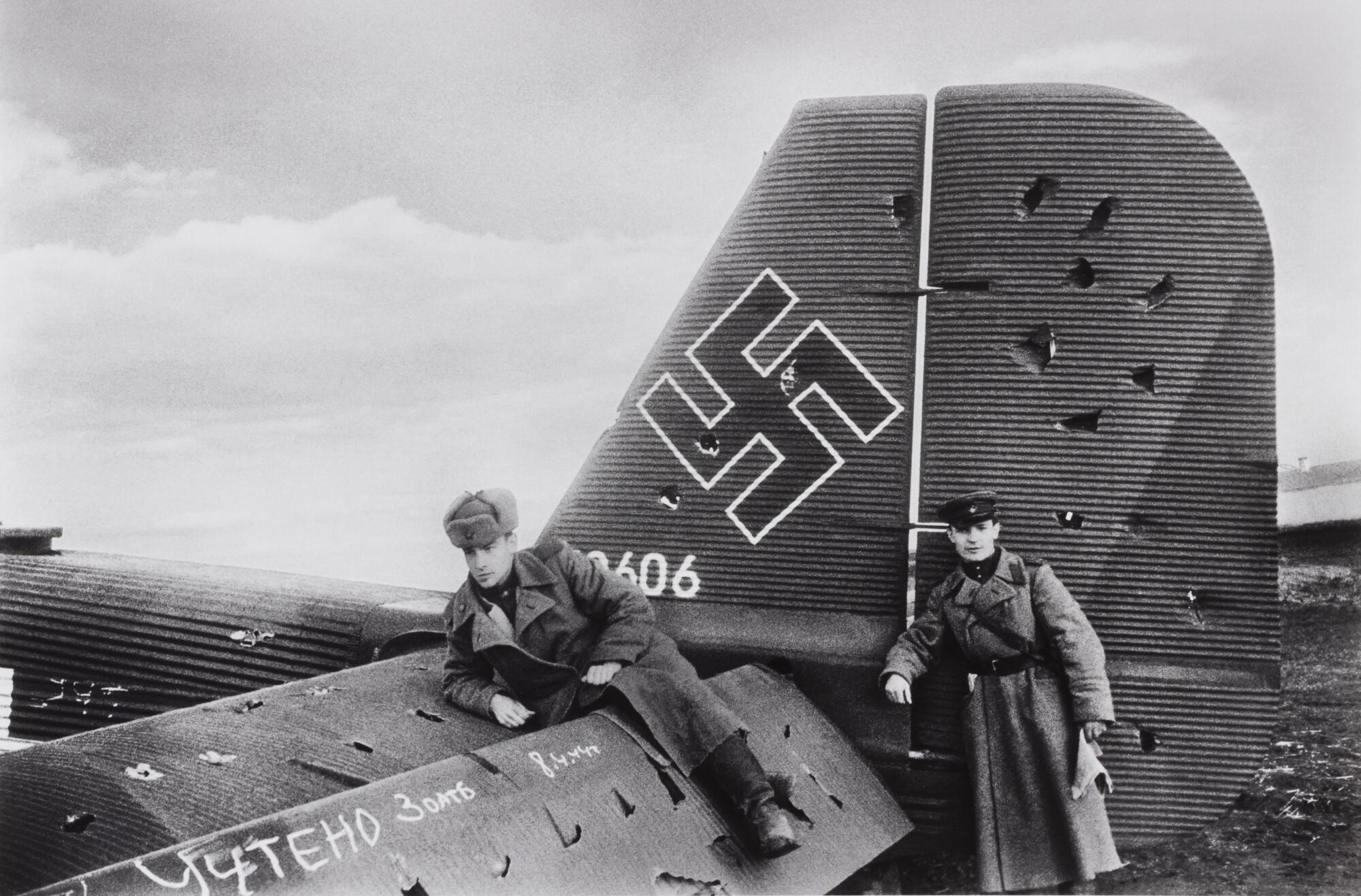 Title
A Trophy of War

Subject matter
In this photograph, two young Soviet soldiers pose on the aft of a bomber from the Nazi Luftwaffe. The plane is visibly pocked with bullet holes, which suggests this aircraft’s recent involvement in combat. One of the young men lies across the plane’s horizontal stabilizer and looks off toward the left while his companion leans back against the rudder and looks back directly at the viewer. Prominently displayed between the pair is the Nazi swastika, also punctured by bullet holes. This image forms part of Baltermants’ larger project—as an official photographer to the Kremlin—which, spread across numerous portfolios, aimed to document scenes from the Soviet Union’s fight against Nazi Germany during World War II (1939-1945), known in the USSR as the Great Patriotic War.