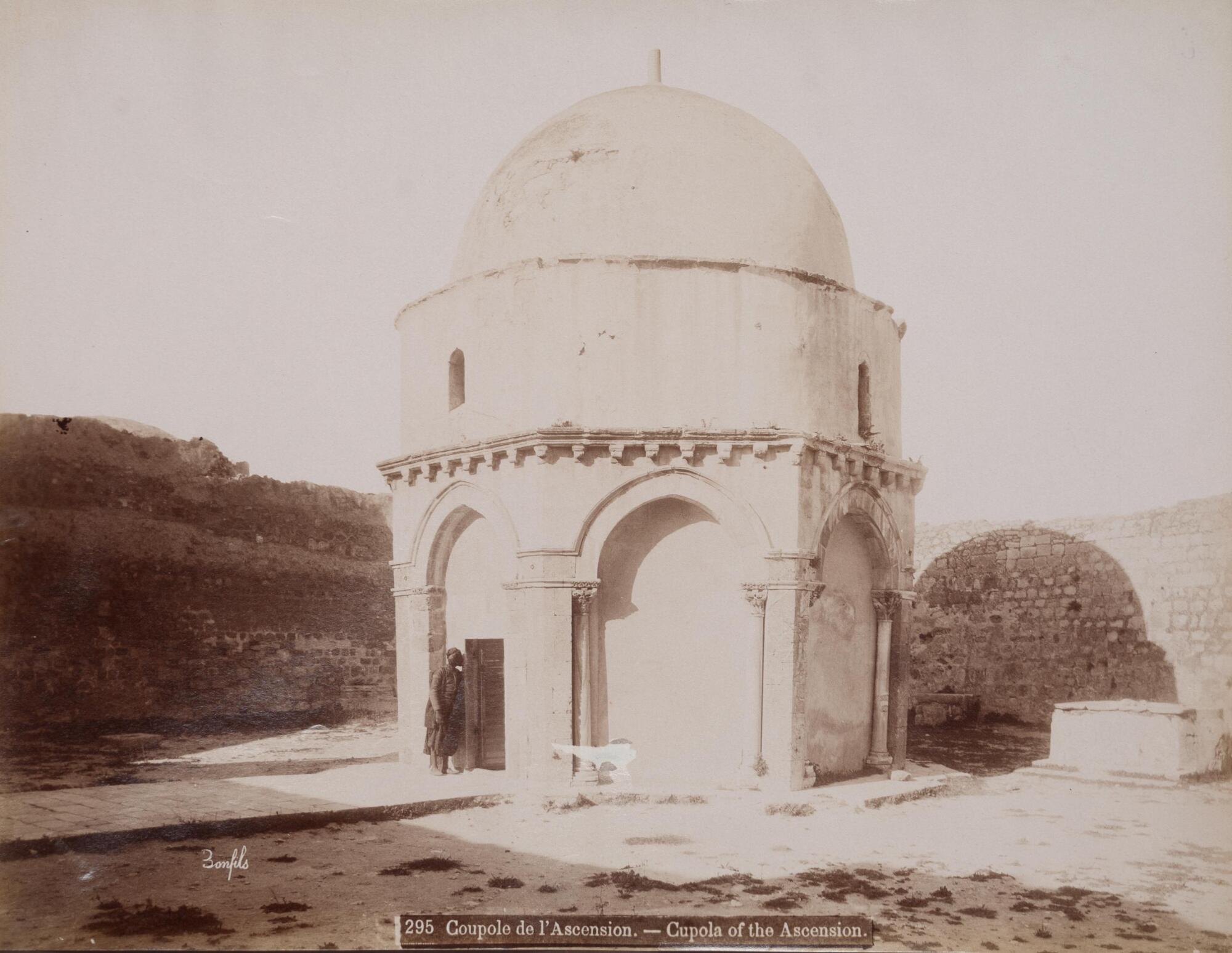 Subject matter
The unpainted Cupola of the Ascension, named for the location traditionally held to be where Christ ascended into heaven, stands solitary amid a walled-in stone courtyard. Sunlight bathes the white stone of the structure, an effect that washes out much of the visual detail. The courtyard and the surrounding stone wall have an unkempt appearance to them. A singular male figure stands at the door of the small building; whether he is entering or leaving remains ambiguous. This image is one of hundreds of photographs made throughout Bonfils's career which purport to document various landscapes, cityscapes, and people of the eastern Mediterranean.

Physical Description
This photograph depicts a prominently placed domed structure in the center of a courtyard with a man standing at the threshhold of the door.