Durga on her lion mount 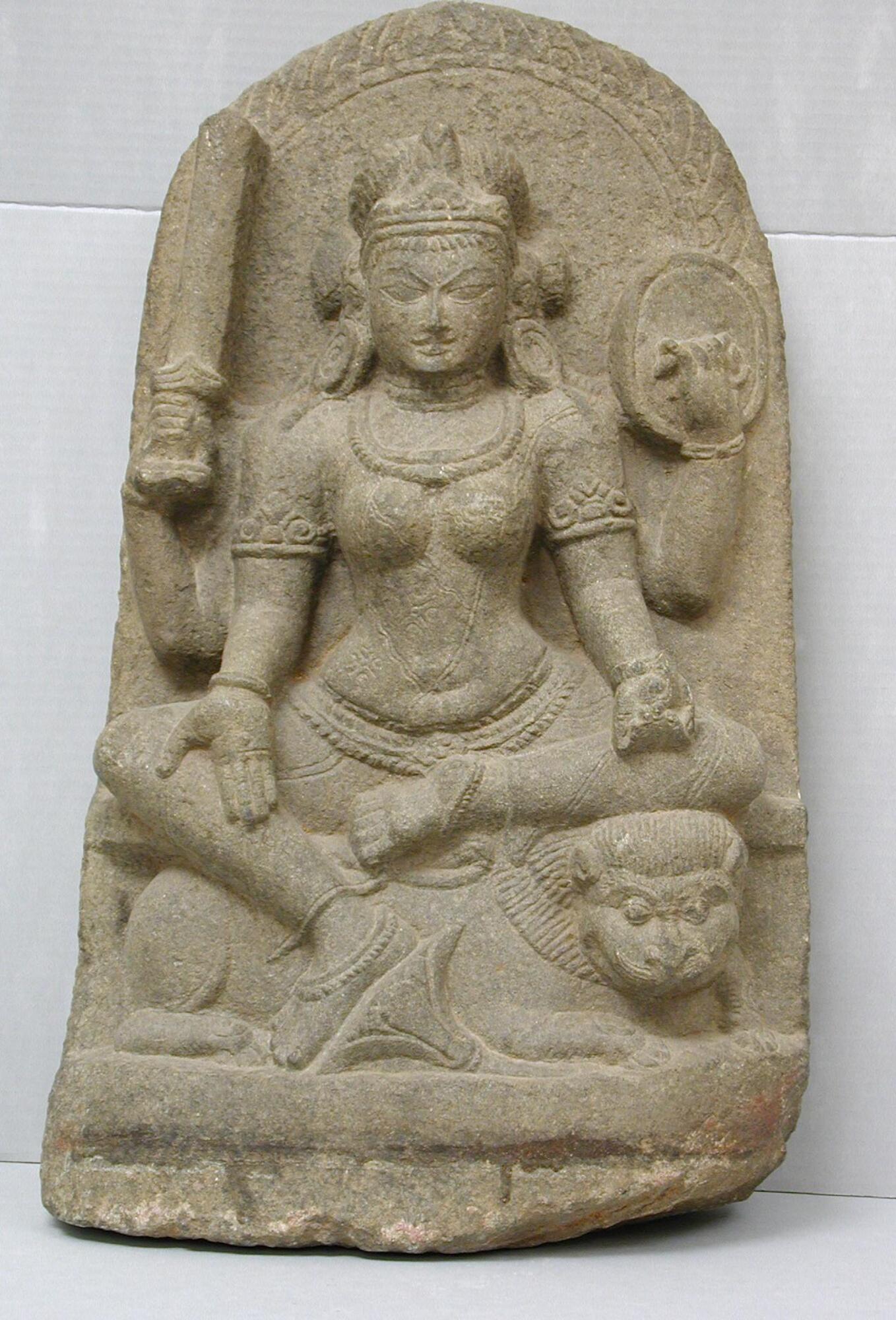 Title
Durga on her lion mount

Label copy
March 28, 2009
Worship of the female principle took on dramatic new dimensions in India in the fifth and sixth centuries. Images of the Hindu goddess Durga killing the buffalo demon Mahishasura appeared across the country. In caves and temples, in metal and stone, artists captured the ferocious, protective energy of the goddess as revealed in her heroic victory. In this stone sculpture, there is little evidence of the fight. Durga sits in perfect tranquility on her lion mount. Even when she is depicted in battle, the goddess appears calm and exceedingly beautiful, suggesting powers so great that they far exceed the threat. Here, her quiet grace signifies that boundless strength. Her round breasts and belly push forth from beneath her skin, indicating the distinctly feminine force behind her awesome capacities.
(Label for UMMA South and Southeast Asia Gallery Opening Rotation, March 2009)

Subject matter
Durga is a common name for the Goddess. She has a large following in Hinduism and often the title Durga is an umbrella name covering a wide assortment of goddesses. Here she is presented in a simple four-armed form and the weapons that she carries are shared by a number of different goddesses. The lion mount also is seen for goddesses that are inscribed with a variety of titles. A Hindu goddess, she also sometimes appears in Buddhist environments and this sculpture comes from an area and time when the iconographies of both Hinduism and Buddhism commingled.

Physical Description
The four-armed Durga sits on a stylized crouching lion with her right leg pendant and the left one across her body. Her front right hand extends down with palm outwards in a boon giving gesture while the back right hand holds a sword. Her left font hand holds a fruit or flower bud while her back left hand holds a shield. The whole is simply carved with rather subdued jewelry, but she does wear necklaces, bracelets, armlets and loose anklets as well as large circular earrings and a diadem across her forehead. Her hair is arranged behind the diadem. The stele is subtly pointed and its only decoration is a band along the outside, although a throne is suggested at her knees. A highly stylized lotus supports her right foot at the base.