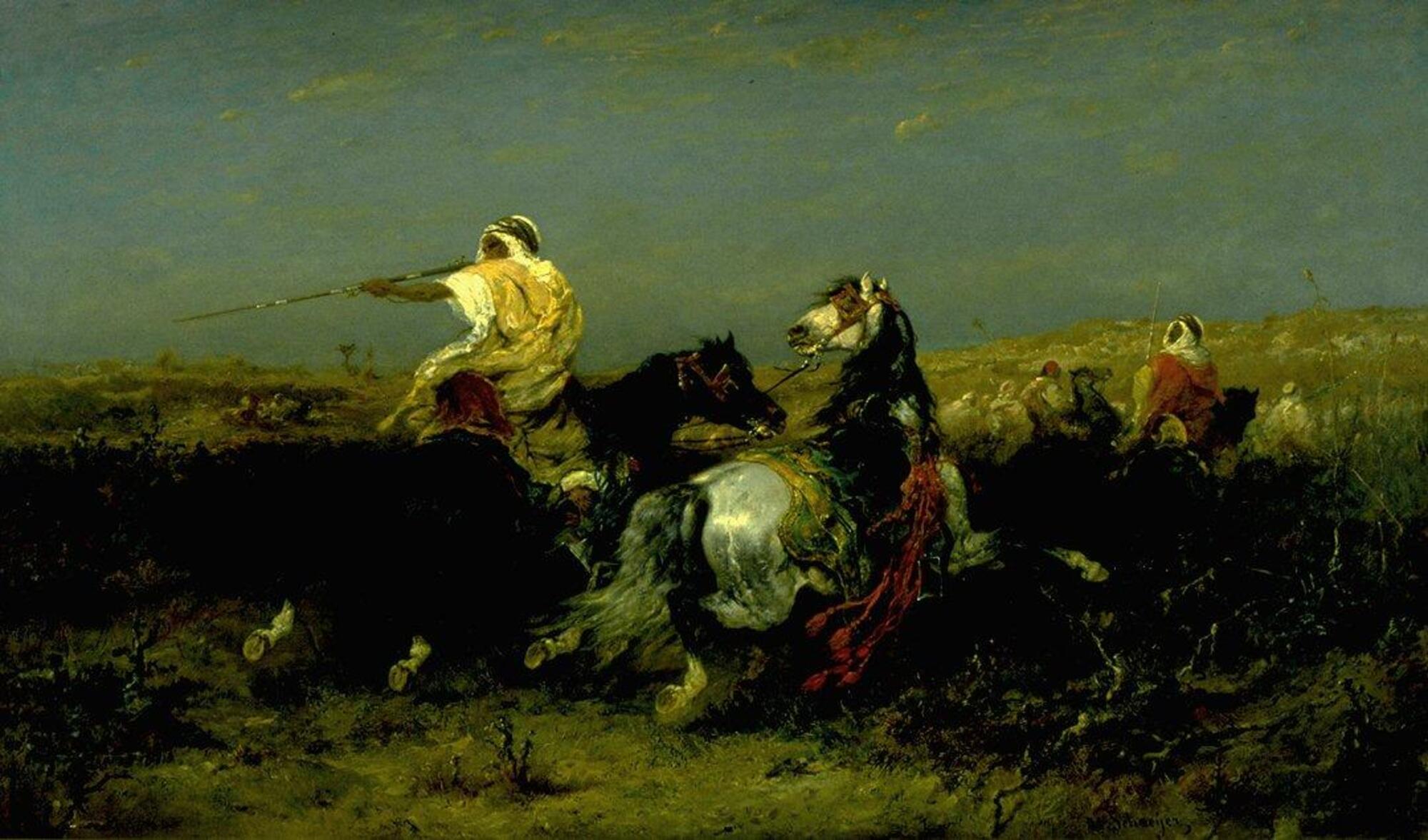 Label copy
Schreyer was renowned for his dynamic and atmospheric paintings of horses and battles. He began his studies as a military and landscape painter at the Städel Institute in Frankfurt. Further studies took him to Stuttgart, Munich and Düsseldorf. During the early 1860s, Schreyer traveled through North Africa, Egypt and Syria, where he found many motifs for his later painting.
In 1862 Schreyer moved to Paris, where he established himself. At the outbreak of the Franco-Prussian War, Schreyer returned to Germany, where he continued to work until his death.

Subject matter
Renowned for his dynamic compositions of horses and nomadic Arab warriors in desert landscapes, Schreyer’s rapid sketch-like brushstrokes emphasize the forward momentum of the riders. Schreyer traveled to Syria, Egypt and North Africa in the early 1860s where he thoroughly immersed himself in the Arab culture, and the people and arid landscapes of these regions proved to be a rich source of imagery for his subsequent work.

Physical Description
Depicts a group of Arab warriors on horseback in full gallop charging away from the viewer through the desert landscape.