Jupiter and Mercury in the House of Philemon and Baucis 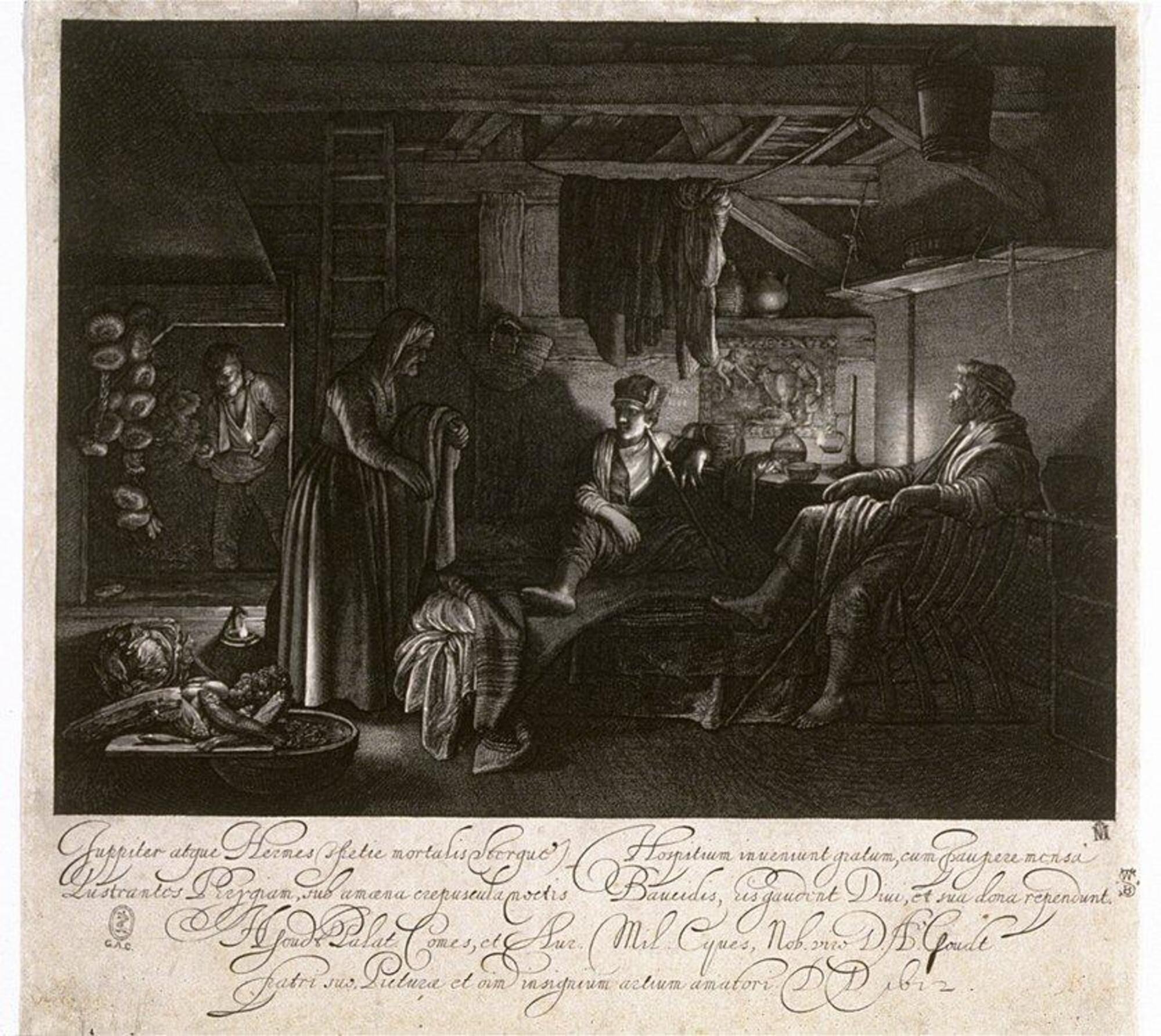 Title
Jupiter and Mercury in the House of Philemon and Baucis

Subject matter
This print is based on a painting by Adam Elsheimer and depicts the story of Philemon and Baucis from Ovid's "Metamorphoses." The elderly couple unknowingly offers hospitality to Jupiter and Mercury, who are disguised as beggars. In gratitute for their generosity, the gods granted their wish that neither outlive the other but die together; they were changed into an oak tree and a linden tree, their trunks intertwined. Rather then focusing on the moment of miraculous transformation, this composition portrays the humble, but richly described, interior as Baucis speaks to her divine visitors.

Physical Description
Two lamps provide the only source of light in this nighttime interior and the scene is full of dark shadows and areas highlighted by white. Two men are seated at a table- one is a bearded man wearing long robes and the other has a staff and a hat with wings. They are looking at a woman, wearing a cloth headdress and a long dress, who stands before them. On the left is a man entering through a doorway. The features of the room are shown in great detail including the assortment of food, hanging vegetables and baskets, a wall tapestry, the rough wood planking and decorative designs on the bedding. There is a printed Latin inscription below this scene.