Buddha, seated in the padmasana pose, with left hand in abhaya mudra 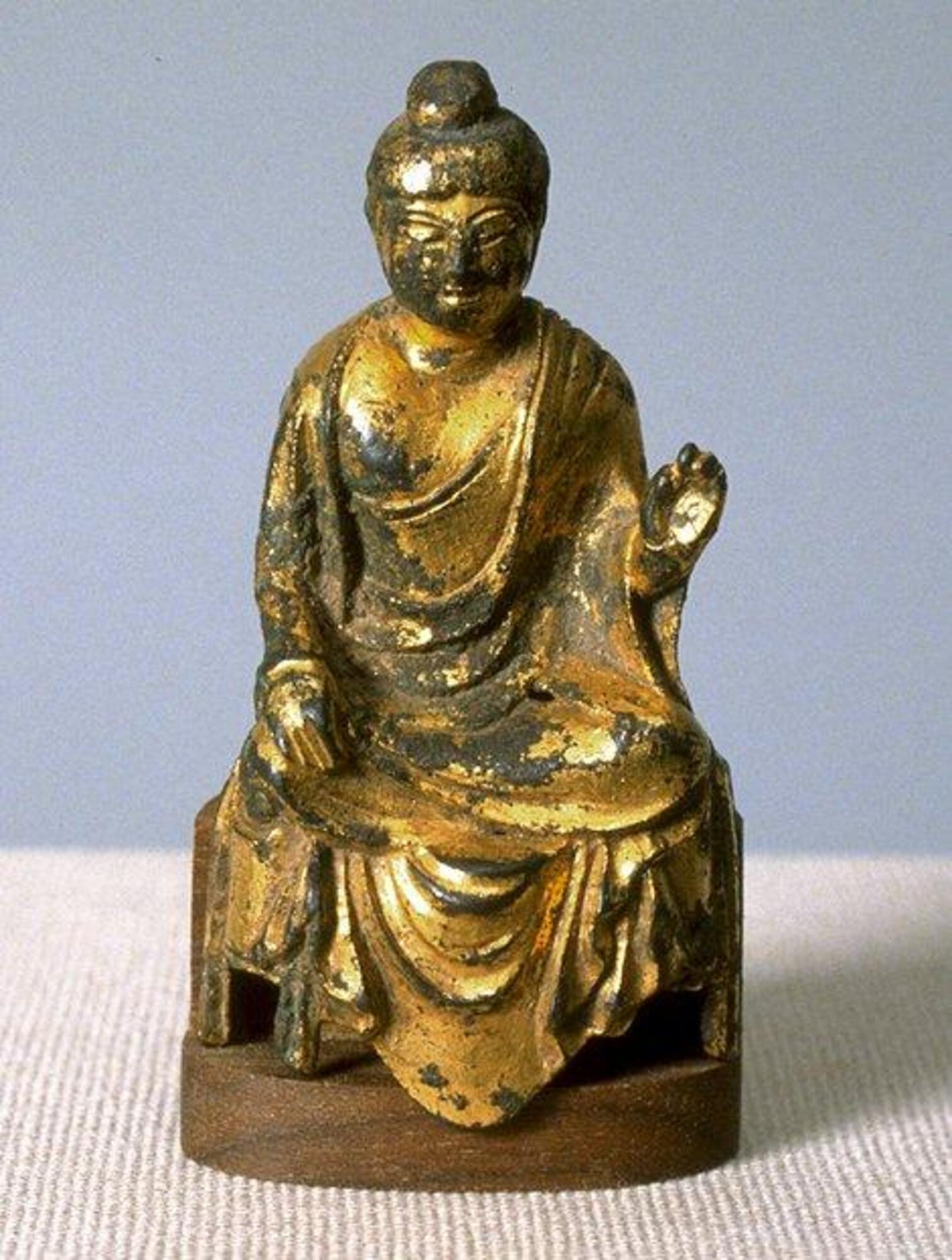 Title
Buddha, seated in the padmasana pose, with left hand in abhaya mudra

Label copy
March 28 2009
Buddhism reached China more than two thousand years ago, but it was several centuries before it flourished and during this period it remained largely a foreign religion practiced in émigré communities. Both of these sculptures are immediately recognizable as Buddhas yet their styles are very different. The smaller and older Buddha on the right has more foreign elements that have not yet been assimilated into a wholly Chinese style. These Indian and Central Asian characteristics include the pedestal he is seated on, the folds in his robe, and the incised flames in the body halo surrounding him, which represent the fiery radiance he emanates. The larger Buddha on the right illustrates a later style, that of China’s cosmopolitan Tang Dynasty. It has a fuller figure, artfully draped robes, and a plump, rounded face with arched eyebrows. The small size of both images suggests that they were personal objects of devotion.
(Label for UMMA Buddhist Gallery Opening Rotation, March 2009)

Subject matter
The Buddha, shown in abhaya mudra, the gesture of reassurance, with one hand raised, palm outward.