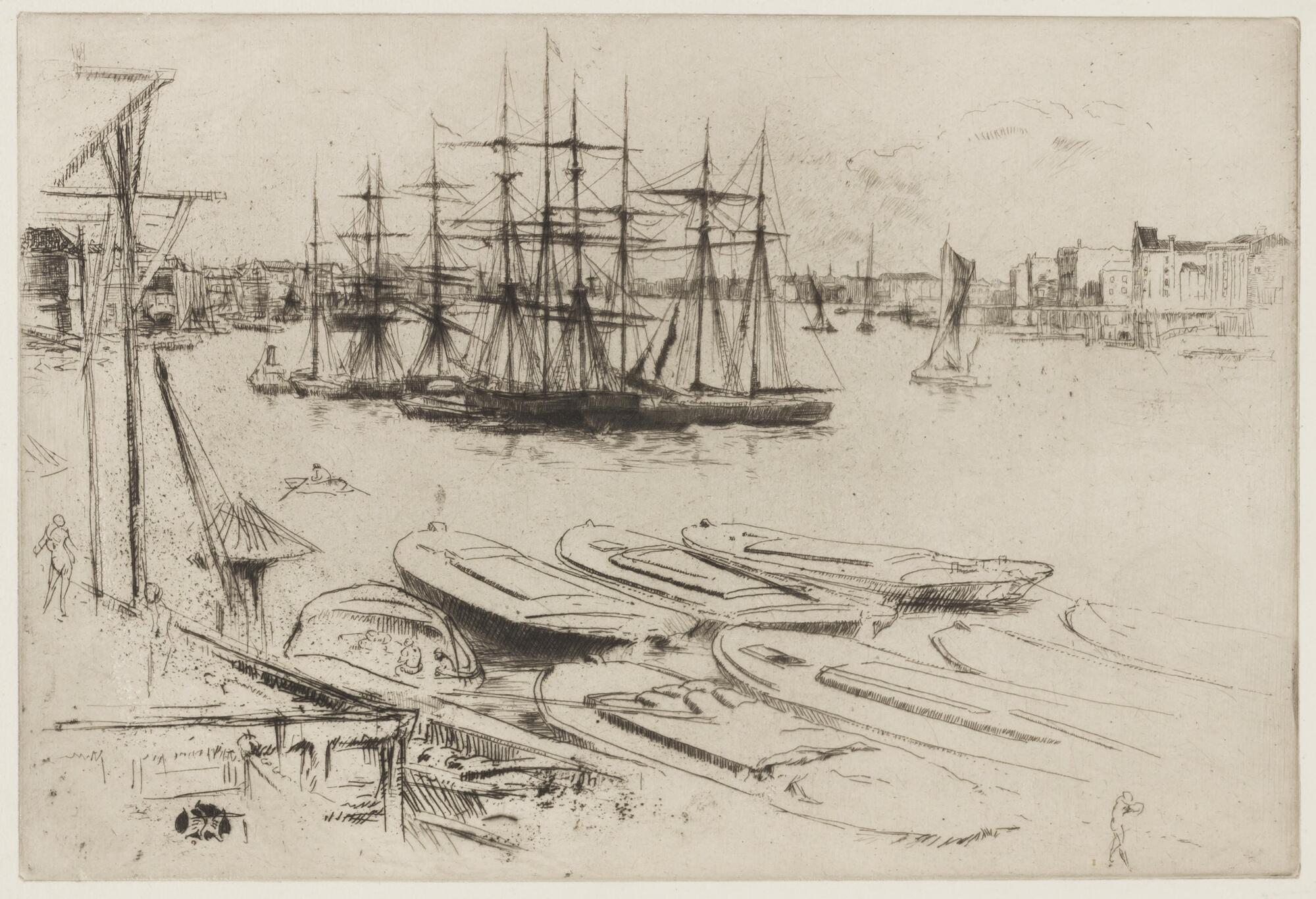 Label copy
The Large Pool
circa 1879
Etching
Fourth state of seven (Kennedy 174)
Bequest of Margaret Watson Parker, 1954/1.370
This etching is not from the original Thames Set but was made in the later 1870s, when Whistler was in terrible financial straits and reprised motifs from the docksides of London that had provided him with such critical and financial success in the 1860s. Although the subject is familiar, his use of line has changed: the distant buildings are not described with the same concentrated and assertive line work found in the earlier Thames Set images. The delicate lines in this later work, while still descriptive of the subject, are more suggestive and evocative.

Subject matter
Although he had begun to work in lithography by this time, Whistler reprised a number of views of the docks and commercial buildings that had won him such acclaim when the Thames Set was published in 1871. Recalling the teaming wharves of "Eagle Wharf" and "Rotherthite", Whistler may have hoped that these new plates showing the Pool of London would help alleviate his financial distress.

Physical Description
A river stretches before the viewer. In the foreground are a several rows of flat, mast-less boats tied to the quay. A group of ships with sails furled are at anchor in the middle of the river. On either side and extending into the distance can be seen buildings that hug either bank of the river.