Dancing Satyr with Tambourine and Horn 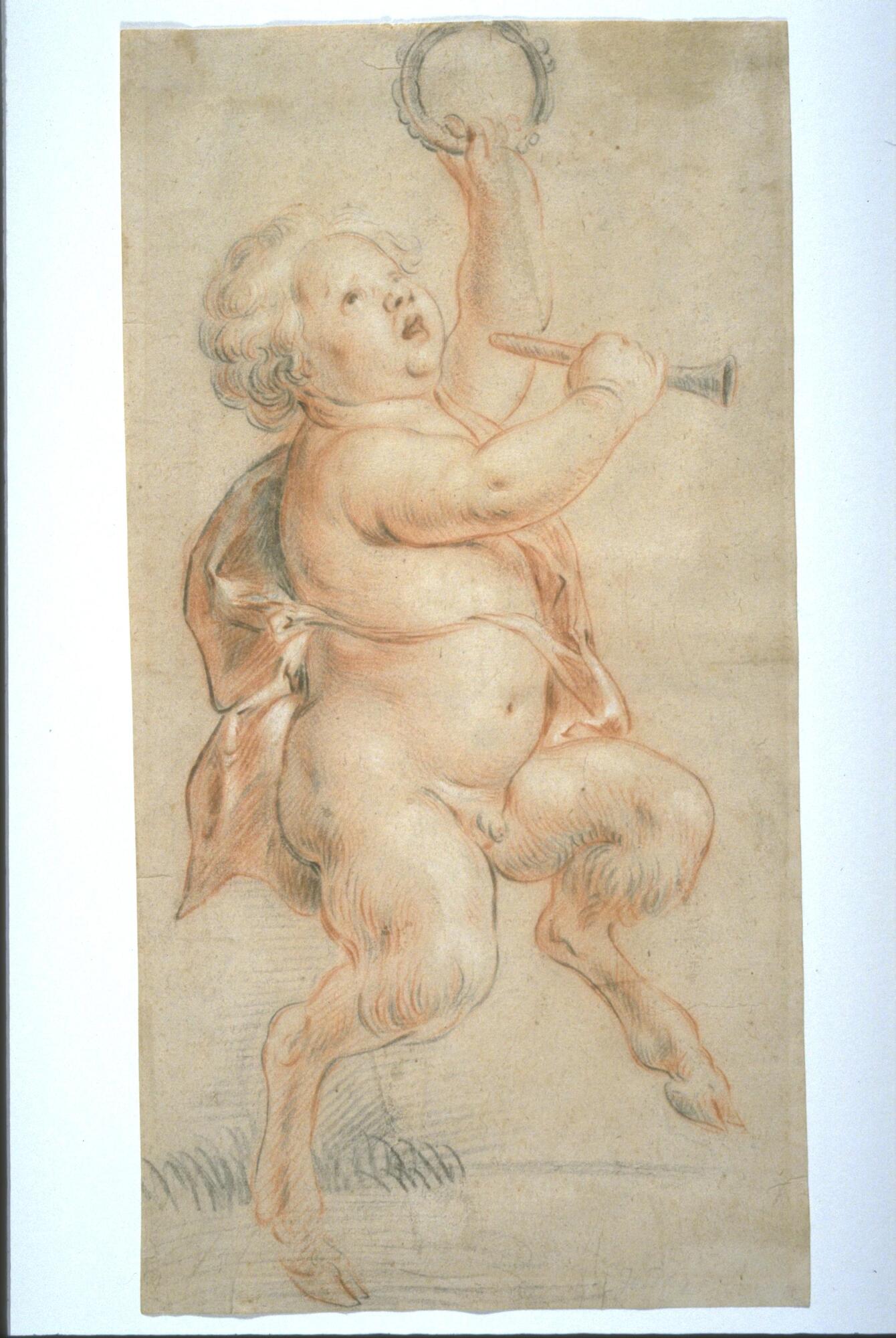 Label copy
Gallery Rotation Fall 2010:
Jacob Jordaens
Flanders, 1593–1678
Dancing Satyr with Tambourine and Horn
1628–41
Black and red chalk, heightened with white, on paper
Museum purchase, 1974/1.135
This prancing young satyr, jangling a tambourine and ready to sound a horn, captures the joie de vivre often found in the work of Jordaens. A younger contemporary of Peter Paul Rubens, Jordaens enjoyed a long, successful career, during which he oversaw a bustling studio and worked for a broad clientele. He drew tirelessly, producing numerous sketches and studies for his paintings as well as designs for tapestries. This beautifully finished drawing conveys the play of light and textures across the satyr and served as a detailed preparatory study for a figure in a painting now in the Petit Palais in Paris. There the festive creature accompanies a group of older satyrs bearing fruits as they approach the goddess Diana and a group of nymphs resting after a successful hunt. The goat-boy’s youthful exuberance in the drawing points to the abundant and bucolic pleasures promised in the finished painting.

Subject matter
This chalk drawing depicts a young satyr, the half-human and half-goat creatures who joined in the revelry of Dionysus, the Greek god of wine. He carries a tamborine and a horn, with legs in motion and his mouth open as if in song. Jacob Jordaens was one of Antwerp's leading figure painters during the 17th c. working in a style similar to his friend, Peter Paul Rubens. This may have been a preparatory drawing for one of his mythological scenes.

Physical Description
This chalk drawing on laid paper is vertically oriented. It is executed in black and red chalk, heightened with white, on tan paper. The piece is dominated with a dancing child satyr with goat legs and curly hair. He is wearing a redish cape. With one foot on the ground and one in the air, he is visible from his right side and he holds a small horn and a tambourine. He looks to the sky with his mouth agape. Several blades of grass suggest the ground below him.